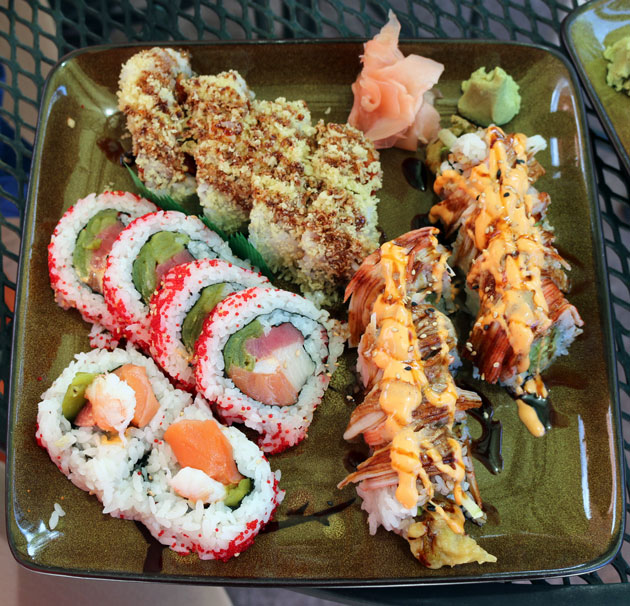 A Journal of Consumer Research study published in 2012 revealed that consumers equate eating meat with their concept of masculinity. To the dismay of spinach-lovers like Popeye, respondents indicated meat has a more masculine quality than vegetables. Study participants considered male carnivores to be more masculine than their vegetarian counterparts (ostensibly Bill Clinton was more masculine when he scarfed up Big Macs than he is now that he’s a vegetarian). “To the strong, traditional, macho, bicep-flexing, all-American male, red meat is a strong, traditional, macho, bicep-flexing, All-American food,” wrote the researchers. “Soy is not. To eat it, they would have to give up a food they saw as strong and powerful like themselves for a food they saw as weak and wimpy.” Researchers acknowledged that with a diet rich in manly meats, equally manly health conditions such as heart attacks are inevitable.

So, if we shouldn’t eat meat, what should we paragons of masculinity eat? Certainly not quiche or kale! Bruce Feirstein told us in 1982 that “Real Men Don’t Eat Quiche.” Sure, that title was a tongue-in-cheek satire of masculine stereotypes, but could there be a grain of truth there somewhere? More recently, an author who goes by the very macho nom de plume Manly M. Mann declared “kale is the new quiche and manly men don’t eat that crap.” He also revealed two things you’ll never hear a manly man utter: “Tossed salad, please” and “hold the bacon.” On a more personal level, Mr. Mann emphasized that brunch has no place in a real man’s routine. As an avowed brunch lover, does that mean I’ll have to turn in my man card?

There’s been internet chatter lately declaring that real men shouldn’t eat sushi, especially when it’s prepared maki style. Maki sushi, more commonly known as sushi rolls, is the most popular type of sushi across the fruited plain—proof manly men might say that the “Oprahization” of America is alive and well. Those masculine detractors of dainty deliciousness wouldn’t eat maki rolls if they were soaked in beer and wrapped in beef jerky. Canned sardines on crackers yes, but pretty sushi rolls resembling stained glass windows, frack no! Never mind that the Japanese sushi chef is considered heir to the samurai tradition. Only if Chuck Norris himself told the so-called real men that sushi rolls are what make him the apotheosis of manliness would real men reach for a California roll.

Fortunately my Kim considers it extremely manly that I love sushi rolls (and that I’m willing to carry her weighty purse when she’s tired). For her, 2017 has become the year of the sushi roll. After several years of eschewing sushi for the pleasures of seared animal flesh, she’s developed a craving for sushi (and no, she’s not with child). Instead of her usual “whatever you want” when I ask what she’d like to have, she’s asked for sushi on three occasions this year. The challenge with fulfilling her request is that Albuquerque has very few al fresco sushi opportunities where we can spend time with our debonair dachshund The Dude (he abides). Thus far, we’ve found only two—Sumo Sushi and Ohana Hut, both of which quelled her cravings.

Make it three. After unsuccessfully scouring my geriatrically advanced memories for other sushi bars with dog-friendly patios, Google revealed a heretofore untried purveyor of not only sushi, but Thai and other Asian cuisines. My search revealed that Fareast Fuzion is the first sushi restaurant listed on Yelp’s listing of the best ten sushi bars in Albuquerque. Another site, threebestrated.com named Fareast Fuzion as one of the three best rated sushi restaurants in the Duke City—and, if the site is to be believed, their ratings are based on a 50-point inspection which considers everything from checking reputation, history, complaints, reviews, satisfaction, trust and cost to the general excellence.

On July 5, 2017, Fareast Fuzion celebrated its six-year anniversary serving Albuquerque in the familiar location on Central which for many years was the home of Bangkok Café, one of the first Thai restaurants in the Duke City. Long-timers might remember that back in the mid-1990s when Thai cuisine was oh-so-exotic for Albuquerque, Bangkok Café was named one of the city’s twelve best restaurants by the Albuquerque Journal. With more than fifteen years’ experience as a sushi chef and nearly as many years experience preparing Thai food, chef and owner Kham Seme and his family are gracious hosts. Their warmth and hospitality offset the painful route–through a maze of orange barrels and deeply pocked detours–it took to get there as motorists deal with the light-rail folly only politicians seem to want. My Kim quipped that it would have actually been easier to drive to Thailand.

The restaurant’s cynosure is a 300-gallon saltwater aquarium behind the chef’s sushi station. Brightly illuminated to accentuate the water’s bluish tint, the aquarium is replete with several species of exotic saltwater fish, including a small shark which shirks attention (or perhaps it fears being sliced up into sushi). On the ceiling just in front of the sushi bar hangs a very impressive black kite somewhat resembling a Klingon bird-of-prey. A coyote fence separates the capacious patio from Central Avenue and hordes of frustrated drivers. Rivulets of water cascade down an exterior fountain, producing a soothing white noise effect. Our Dude relaxed in the shade as he took in the tranquil surroundings.

The menu is primarily Thai with a smattering of Chinese and non-sushi Japanese dishes as well. It’s a rather impressive, though not especially original menu grouped into related categories: soups, salads, noodle soups, Thai curry dishes, bento boxes, teriyaki bowls, fried rice, noodle dishes, stir-fried dishes and a kids’ menu. Appetizers are primarily Thai or Japanese. As you peruse the compendium-like menu, you may want to indulge in Thai iced coffee or one of the three teas: green, Jasmine or ginger. The former is a rather strong coffee offset somewhat by sweetened condensed milk. My Kim enjoyed the bite of the ginger tea.

Shortly after ordering our chicken satay appetizer, our effusive server ferried over our soups of choice. For my Kim, it was a bowl of egg drop soup served hot to the touch. For me, only a bowl of miso soup should ever precede a meal of sushi. As usual, Kim’s choice was better (not that the miso soup wasn’t good). Egg drop soup Egg is made by “dropping” the whisked eggs very slowly into to boiling stock and stirring rapidly in one direction. The result is thin, wispy strands of silken egg. Rare (at least in Albuquerque) is the pronounced yellowish hue of this enchanting elixir. The miso soup, on the other hand, is on par with miso soup served throughout the city.

We found the chicken satay (four skewers) a bit on the chewy side and a challenge to extricate from the skewer. Displaying a nice grilled char, the chicken’s toughness made it more important that the accompanying sauces offset textural liabilities. The peanut sauce, ameliorated with coconut milk and red curry, has the characteristic sweetness of most Thai sauces and is very good, while the cucumber salad is probably the very best in the city. All too often cucumber salad tends to border on cloying, but this one had a delightful piquancy courtesy of very finely ground Thai chili peppers. We would have enjoyed the cucumber salad on shoe leather (but enough about the chicken).

The sushi menu includes nigiri (slice of raw fish over pressed vinegared rice), sashimi (slices of very fresh fish served raw) and maki, the bane of real men. Sushi combos and sushi “happy” boats are also available. My Kim’s preferences lean more toward deep-fried fish than the raw fish real men might consider “bait.” Among the boatload of sushi we ordered (enough for her to enjoy over a period of three meals) were a “Super Crunchy Roll” (cream cheese, crab, avocado, white fish, deep-fried) and a “Crunchy Roll” (spicy tuna, scallop, tempura flakes on top, eel sauce). While their names might hint at similarity, they’re quite different. We found the Super Crunch roll to be too much of a good thing—good, but just a bit too much crunch, too much deep-fried texture.

As usual, we needed a “Japan meets New Mexico” fix which means green chile on a sushi roll. We found it in the Sandia Roll (salmon, tuna, yellow tail, shrimp, spicy mayo, tobiko and green chile) and the ABQ Roll (salmon, crab, avocado, special sauce and masago). In honor of visits to Maine, we also ordered (BOTVOLR will appreciate this) a lobster roll (lobster, cucumber, avocado, tobiko on top). As expected, it bore absolutely no resemblance to its New England counterpart. One commonality among most of the sushi rolls at Fareast Fusion is their size. Quite simply, these are the biggest sushi rolls you’ll find in Albuquerque. Our server told us some diners complain that they can’t devour them in one bite, but most sushi aficionados do believe bigger is better.

Fareast Fuzion is a restaurant where real men can get quell their carnivorous cravings with piquant curries which will test their manly mettles while the rest of us can sate our yen for sushi. The staff is more than attentive and friendly and the ambiance is hard to beat.