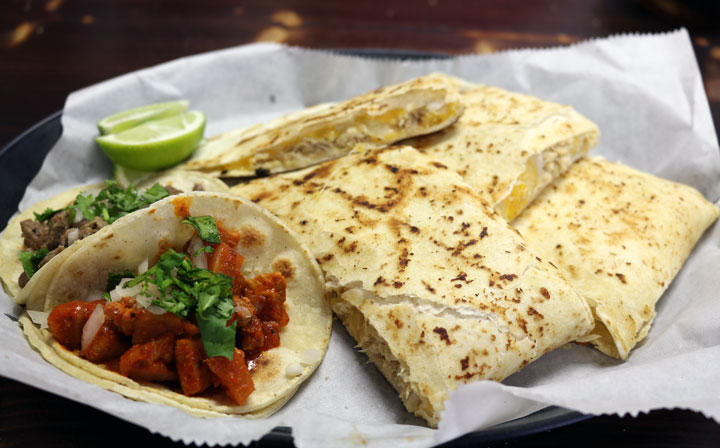 On a 2010 episode of The Travel Channel’s No Reservations series, host Anthony Bourdain described pulque as “the sap of the maguey cactus” as well as “man juice” and “Mexican Viagra.” That may explain why so many aspiring middle-aged brewers across the fruited plain rushed to their local nurseries in search of the maguey plant. Although maguey may be plentiful even in the Land of Enchantment, extracting pulque is a laborious process involving four distinct steps, the first of which is called castration. The name of this step may also explain why so many middle-aged men quickly lost their enthusiasm for cultivating maguey.

In parts of Mexico where the maguey is harvested, native Zapotec, Mixtec and Mixe producers actually ask the plant for permission to harvest it. With the utmost respect, they tell the maguey that its use will primarily be for celebratory rituals and not solely for the sake of profit. Soon after the dawning of 2017, Rio Rancho saw the launch of El Maguey, a Mexican restaurant named for the plant held in such high esteem throughout Mexico. At El Maguey, horchata may be the closest thing to the alcoholic beverage made from the sap of the maguey plant and only in appearance do they share any similarity whatsoever.

If you haven’t seen El Maguey during your travels through the City of Vision, it’s probably because its storefront doesn’t face heavily trafficked Rio Rancho Boulevard. Instead, it’s set back on the northeast corner of the timeworn Lujan Plaza shopping center which also houses Namaste and Stack House Barbecue. The same obfuscated corner where El Maguey is situated was once home to such short-lived eateries as Ahh Sushi, Relish (although the original in Albuquerque remains a city favorite), Pastrami & Things and other restaurants. It’s a tough location in which to succeed.

We knew we’d like El Maguey when we walked in and espied a Cantinflas movie playing on what has to be a nineteen inch flat screen (or PC monitor). Arguably Mexico’s greatest and most beloved comedy film star of all time, Cantinflas was once called “the greatest comedian alive” by no less than Charlie Chaplin. Perhaps because the television is so small, it isn’t the cynosure of the dining room which has undergone an amazing make-over since its previous occupant vacated. To say the room is colorful is an understatement. It is awash in bright colors. A swinging gate door separates the dining room from the kitchen.

No sooner are you seated than chips and salsa are delivered to your table. The salsa is a luminous green, a telltale sign tomatillo is its chief ingredient and not tomato. The salsa is terrific with a nice balance of heat and tanginess from a squeeze or two of lime. Cilantro lends its unique freshness. The chips are crisp and just a bit on the salty side. El Maguey offers several options for washing down the chips and salsa. Alas, the only aguas fresca on the menu are Jamaica and horchata, the refreshing and sweet, cinnamony beverage. As with most horchata served in Albuquerque restaurants, it does taste a bit like the cold milk at the tail end of a bowl of Captain Crunch cereal.

El Maguey’s menu is relatively small with a rotation of daily specials such as Taco Tuesday. Tacos—chicken, steak, barbacoa, rose meat, chicharron and al pastor (as well as shrimp on occasion)–are a specialty of the house. Rose meat, by the way, has nothing to do with the flower. It’s named in honor of the ruddy chef who prepares it. Also on the menu are gorditas, burritos, quesadillas and tortas. Essentially any item on the menu can be crafted from the aforementioned proteins. Pozole and menudo are available on Saturdays and Sundays. Breakfast burritos are served daily from 7AM to 11AM.

Nestled within a folded corn tortilla (about four inches around) along with onions and cilantro, the tacos are reminiscent of those sold by street vendors throughout Mexico. They’re bulging at their sides thanks to being stuffed generously. We enjoyed the al pastor taco most. Al pastor, which translates to “in the style of the shepherd” is indeed a ubiquitous street food option in Mexico where thin cuts of marinated pork are whittled away from a cone of sizzling pork gyrating on a spit (similar to a gyro). At El Maguey, the al pastor is in cubed form reminiscent of tandoori meats in its splendorous patina.

A flour tortilla with its characteristic pinto pony char is home to quesadillas which can be loaded up with your choice of protein and rich, melting cheese. Chicken is a good choice. It goes especially well with the tomatillo salsa. The canvas for the tortas is a split bolillo (white roll) engorged with your protein choice. The barbacoa, which is most assuredly not the Spanish word for barbecue, is a terrific option with its unique taste and texture. This barbacoa is the real thing, as authentic as you’ll find in Mexico. The chicharrones on our gordita are more akin to chicharrones you’ll find in Northern New Mexico than many found in Mexico. They’re crispy, crunchy crackling bits of pork.

In its annual Food & Wine issue for 2017, Albuquerque The Magazine awarded El Maguey a Hot Plate Award signifying the selection of its Chicharron Nachos as one of the “dishes…that’s lighting a fire under the city’s culinary scene.” Considering the thousands of potential selections, to be singled out is quite an honor.

When my friend Bruce “Sr Plata” Silver discovered El Maguey, he urged me to beat a quick path to this delightful little taste of Mexico in Rio Rancho. Diners venturing outside the well-beaten and eaten path are discovering it, too. For value dining of surprising quality, there may be none better in Rio Rancho.