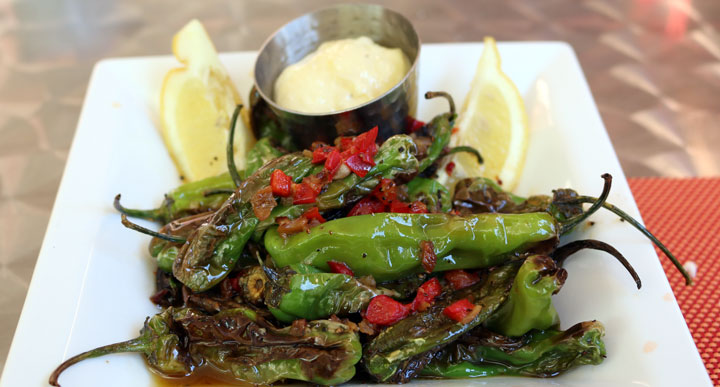 “Wine is constant proof that God loves us and wants us to be happy.”
~Benjamin Franklin

In the 1960s, denizens of the fruited plain weren’t nearly as savvy about the fruit of the vin as they are today. Impressionable youth who tuned in every Sunday for Championship Wrestling from Albuquerque’s Civic Auditorium, for example, had the impression from Roma Wine commercials that all wine was served in large jugs. It really wasn’t far from the truth. Back then, a significant portion of wine production across the fruited plain was indeed destined for a jug. Another high percentage of wine would earn the ignominious distinction of being called “bum wine.” Sporting such brand names as Thunderbird, Mad Dog 20/20 and Boone’s Farm Strawberry Hill, bum wines were considered “bottom of the barrel.” Consumers (quite often dipsomaniacs or teenagers) often shielded their bum wine purchases from the “decent public” in brown paper bags.

Fast forward five decades and America has become a nation of oenophiles—lovers and connoisseurs of wine–surpassing France as the world’s largest market for wine every year since 2013 (although on a per capita basis, the average French person still consumes about five times more wine than the average American). According to Wine Enthusiast, the preferred wines of contemporary America are no longer poured from a jug, but served in a glass as an accompaniment to a dinner meal. Not only are higher-end aficionados of wine dining out more often, statistics indicate they are spending around 25-percent more on wine when they do.

In 2014, Business Insider published statistics depicting wine consumption across the United States. The Land of Enchantment ranked 30th with an annual per capita consumption of 6.9 liters (about 1.82 gallons) while the nation’s capital was found to be the most prolific at 25.7 liters per capita. What is significant and surprising about New Mexico’s middle-of-the-road ranking is that the very first grapes planted for wine in the new world’s soil were sown and reaped at an Indian pueblo just south of modern day Socorro. Even more surprisingly, those grapes were planted in defiance of Spanish Law which, to protect the Spanish agriculture industry, forbade the exportation of Spanish grape vines.

Before grape vines were planted in New Mexico, Franciscan monks had wine shipped from Spain, a costly expenditure considering the nearest supply was several months distant. Central to the daily mass was wine which monks transformed into the blood of Christ. New Mexico State’s College of Agricultural, Consumer and Environmental Sciences describes the sacramental wine as “light pink in color” with a “sherry-like taste.” The wine was “18% alcohol and 10% sugar.” Ironically, like many wines of the 1960s, Spanish wines of colonial times was transported in jugs. Unlike wines of the 1960s, the jugs were sealed with a glaze that contained lead which leaked into the wine.

Today, according to Wine Country New Mexico, “New Mexico remains a vibrant wine region containing an incredible variety of vineyards, wineries and tasting rooms amidst the low and high-desert vistas of the state.” Many of the high-quality wines produced in the Land of Enchantment have not only earned acclaim from top critics, the state’s wineries have an annual economic impact approaching $100 million. Having earned many prestigious accolades, New Mexico’s wines continue their meteoric rise on the national and international wine stages. With a burgeoning craft beer industry and a thriving wine industry, New Mexicans who consider themselves both oenophiles and cerevisaphiles are indeed blessed.

Scottish novelist and poet Robert Louis Stevenson once said, “wine is bottled poetry.” Be that the case, the jugged wine of yore is the type of poem which may have begun “There once was a lady from Nantucket…” Finding a poem which fits contemporary wines is a greater challenge because just as every wine has its own unique flavor profile, each of us is a unique, inimitable individual whose own memories and senses of taste and smell influence our opinion of a wine. Rare and privileged are individuals whose palates are able to discern subtle nuances in the aromas and flavors of a wine—those, for example, who can detect notes of oak, fig, fresh roses and crushed berries.

Not only does wine delight oenophiles with olfactory, gustatory and trigeminal sensations, wine offers several surprising health benefits as chronicled by blogger extraordinaire Jen Miller in her fun feature 15 health benefits of wine according to science. Jen points out that while “popping open the cork while the velvety oaked aroma fills the air and flowing effervescent liquid comes out from the bottle gives excitement to everyone,” wine supports longevity of life, heart health, diabetes reduction, anti-cancer effects and more. Wine truly offers a panacea for what ails us.

Having progressed from the days in which most wine was served in jugs or kept hidden in brown paper bags, a kinder, gentler and more gentrified America now enjoys wine in more sophisticated milieus. Among the Land of Enchantment’s most noteworthy is Santa Fe’s TerraCotta Wine Bistro which offers the largest selection of wines by the glass in the City Different. With an ambiance aptly described on the bistro’s Web site as “inviting, informal, up-beat, and just plain fun,” it’s “great for intimate or large gatherings.” TerraCotta features globally -inspired food that is contemporary, eclectic and exciting, utilizing local and regional foods. The bistro prides itself on using high quality ingredients in creative combinations that change seasonally.

TerraCotta is located in Santa Fe’s historic downtown district and is housed in a charming 19th century adobe building not too far from the Georgia O’Keeffe Museum and the world-famous Plaza. Previous occupants of the charming edifice include Trattoria Nostrani, once named by Gourmet Magazine as one of the fifty best restaurants in the country. TerraCotta has been named one of Santa Fe’s ten “most romantic restaurants” and boasts of one of the city’s “top ten wine bars” according to USA Today’s local expert Billie Frank. Just as important to parents of indulged four-legged fur babies, TerraCotta has received a rating of 5.0 out of 5 bones by dog owners on BringFido. Our delightful dachshund Dude (he abides) enjoys TerraCotta’s covered porch.

As you contemplate TerraCotta’s expansive menu, you’ll enjoy the complimentary Sage Bakehouse bread rolls. There are many reasons the Sage Bakehouse (an artisinal French bakery, pastry shop and cafe) reminds us so much of our favorite bakery in Lechlade, England. Both old-world bakeries honor traditional bread-making practices. The quality shows. These simple yeasty rolls release a waft of fragrant steam when you cut them open to spread on butter. It’s simplicity itself, but simplicity as delicious as it can be.

Sometimes local pride gets in the way of enjoying something we might otherwise find absolutely delicious. Friends of mine refuse to ever try shishito peppers because they’re not “real chiles” (they’re Japanese). In truth, when you roast these three- to four-inch peppers, they inherit the olfactory-arousing aroma of green chile. Terracotta flash-fries them until their skin is lightly blistered though unlike green chile, shishitos aren’t peeled. They’re served with a garlic aioli and chopped red peppers. From a flavor perspective, shishitos are only mild on any piquancy scale, but they’re a joy to eat.

TerraCotta offers several salads, any of which would make a wonderful shared appetizer. Our favorite salads tend to have multifaceted flavors (complementary and contrasting) and textures. Fitting that bill perfectly is TerraCotta’s grilled pear, blue cheese and walnut salad. We’ve had similar salads at other restaurants many times, but TerraCotta’s stands out. The sweet, juicy pears are caramelized to the point that the fruit’s natural sugars congregate on the pear’s outer skin, rendering these pears absolutely addictive. The pears contrast well with the sharp, fetid blue cheese crumbles and the walnuts (which thankfully aren’t candied). A pomegranate vinaigrette with its tangy-sweet notes is an excellent foil for both the sweet and savory flavors.

Selecting our entrees proved a significant challenge. The menu offers so many tempting options (which is why return visits were invented). At our server’s recommendation, I opted for the grilled flank steak (New Mexico beef marinated in coffee and cola, basil and olive oil topped with blue cheese compound butter accompanied by roasted potatoes and farmer’s market vegetables). Sliced into quarter-inch strips similar to a roast beef, this steak is perfectly seasoned and only hints at its marinade. We should, however, have asked for more of the blue cheese compound butter, so good we wanted to spread it over everything on the plate. The potatoes are perfectly roasted with a crisp outer shell and soft, tender potato inside.

Much more generously sauced is Beeler’s grilled tenderloin medallions (Riesling, red onion and apricot gastrique served with roasted Yukon Gold potatoes and market vegetables). The gastrique (a sauce base using a reduction of sugar and vinegar caramelized over low heat combined with a light stock) seems to heighten the sweet-tart-juicy qualities of apricot we enjoy so much. A generous portion of medallions is virtually covered over by the gastrique, a technique which sometimes leads to a protein being lost, but not in this case. If anything, the gastrique brings out the grilled tenderloin flavors. There’s delicious alchemy in its preparation.

Even teetotalers will find much to love at the TerraCotta, a wine bistro in which the kitchen knows what it’s doing and the wait staff will treat you like royalty.