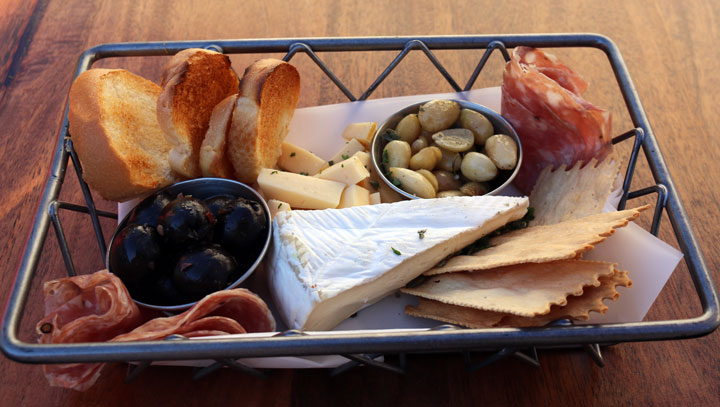 The book of Genesis in the Old Testament explains that after the great flood, God commanded humankind to “increase in number and fill the Earth” (be fruitful and multiply, if you prefer). Instead, humanity decided to do the exact opposite–to build a city with a tower reaching to the heavens where all the population could live so as not to be scattered over the face of the Earth. In response, God “confused” the languages of humanity so they could no longer communicate with each other. As a result, people who spoke the same languages departed and settled other parts of the world…just as God wanted.

You might assume that those of us who served in the armed forces would all share a common lexicon. Sure, we have a common military alphabet (alpha, bravo, Charlie, etc.) and subscribe to military time (about which Colonel Henry Blake lamented on the television comedy MASH “I wish the Army would tell time like everybody else!”). Alas, like the gibberish-speaking people of the Tower of Babel, the Army, Navy, Air Force and Marines all have their own jargon. We don’t always understand what our comrades in arms are talking about. That’s especially true among the Air Force veterans among us who “flew a desk.”

When my friend Jack, a retired Army grunt (an Army and Marine Corps acronym which stands for “General Replaceable Untrained”), recently told me about “pop smoke,” I immediately assumed he was using an Army term this desk pilot doesn’t understand. The term was made doubly confusing because he used it in the context of describing beer and grilling, which I immediately suspected was another Army term. As it turns out “pop smoke” is indeed an Army term. It’s used to describe when troops use smoke to signal an incoming helicopter. Beer and grilling, on the other hand, has no Army connotation other than some of my retired Army friends consume both in mass quantities.

Jack’s association of pop smoke with beer and grilling has nothing to do with his nostalgia for the good old Army days. He was trying to tell me about a recently launched (December, 2017) wood-fired grill and draft house called Devon’s Pop Smoke Wood Fired Grill. Devon is the name of owner Jeremy Dow’s year-old son. Pop Smoke, as you might have surmised, is a reference to the Army term, but more in a peacetime connotation than when used in under hostile conditions. When not under fire, the term “pop smoke” means “let’s get out of here and grab a beer” or “let’s go somewhere to relax.” What do you know? All my years in the Air Force I was popping smoke and didn’t even know it.

The curiously named Devon’s Pop Smoke Wood Fired Grill is located in a suite within a former 28,000 square-foot warehouse-office space on Osuna immediately west of Monroe’s. That entire space is being retrofitted into a lifestyle and restaurant development property. Already such tenants as Breve Coffee and Crepes have moved in with several other eateries slated to open their doors soon. A capacious, dog-friendly patio prefaces the south-facing entry. Step inside and the siren’s call of a wood-fired grill will envelop you. The best seat in the house, in fact, just may be in front of the grill where you can watch the kitchen staff master the flames to concoct something delicious. Alternatively, you can sit in a larger dining room or relax in the upstairs lounge.

Devon’s menu is rather small, but very interesting with some offerings unique to the Duke City. Your eyes will probably gravitate to the red wattle sandwiches on the menu (more on these later). Red wattle hogs are large, red swine with a fleshy, decorative, wattle attached to each side of their necks. These hogs are raised at the Dow family ranch in Chilili and are butchered in-house at Devon’s. The menu also includes some wild game entrees including albondigas with elk, venison and boar. A bevy of adult beverages is available to slake your thirst, but if you have yet to reach adultery, Rocky Mountain sodas (brewed in small batches with love) out of Denver are a very nice option.

Devon’s is a rarity among restaurants throughout New Mexico in that it doesn’t offer an appetizer of chips and salsa. The closest thing to a salsa is a housemade romesco sauce our server called “Spanish ketchup.” If you’re craving a starter sans sauce, you can’t go wrong with Devon’s imported meats, cheeses, olives and almonds basket (Brie, smoked Gouda, sopressata, wine and lavender roasted olives, rosemary and sea salt roasted almonds, crostini). The almonds are of the Spanish Marcona variety, a sweeter, plumper almond than most. The olives are Italian as is the sopressata, a dry salami. Turophiles will love the textural and flavor contrasts between the smoked Gouda and Brie. This basket is a winner.

An entree sure to comfort Duke City diners on blustery days is Devon’s spicy wild game gumbo (elk, venison, boar and red wattle with rice and beer bread) made with La Cumbre’s Noche and Bosque’s lager. For my Kim, this gumbo didn’t have enough file powder (a seasoning made from the ground, dried leaves of the sassafras tree), but in my estimation, the spiciness more than made up for it. This gumbo has more heat that many bowls of chile served throughout the Duke City. The elk, venison, boar and red wattle are plentiful and each has a own unique texture and flavor profile (I say this because of past experiences with wild game meats that all tasted the same).

My Kim ordered one of the two sandwiches on the menu in which red wattle pork was the featured protein. Her red wattle pork sandwich and fries (sliced red wattle pork with grilled pineapple and caramelized onions) entree actually turned out to be two sandwiches. More specifically, two slider-sized sandwiches. Though having the circumference of a slider, each sandwich included a skyscraper tall portion of shredded pork with a generous toss of caramelized onions and grilled pineapple. Devon’s gives you three French fry options from which to choose: garlic fries, salt fries or porcini fries.

You might not remember the full name of Devon’s Pop Smoke Wood Fired Grill, but you’ll probably find yourself popping smoke to get there. Say “hi” to Jack if you see him there. He likes it so much, he plans on moving in.