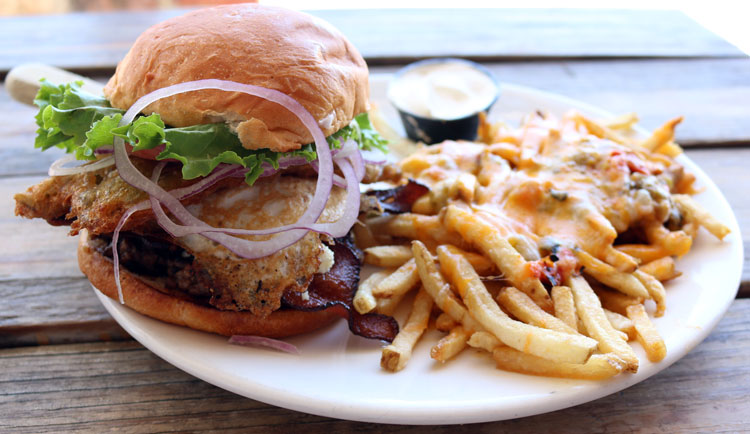 Just another banal, meaningless television show jingle?  Think again.  Urban sociologist Ray Oldenburg might even argue that the Cheers theme song exemplifies his concept of “third place.”    In 1989, Oldenburg published That Good Place in which he introduced the concept of third place into the lexicon.  Third place refers to places where people spend time between home (‘first’ place) and work (‘second’ place).  Third places are, according to Oldenburg, locations where we, as social beings, exchange ideas, have a good time, and build relationships.  Moreover, third places are face-to-face, not virtual (online).  They’re the hangout spot or “home away from home” that provides an essential and welcoming zone that’s not home and not work.  Third places cultivate essential social experiences in the company of like-minded people…ostensibly who know your name and are glad you came.

In terms of design as well as functionality, a third place must be set up as an inviting hangout spot for its habitues. Think coffee shops with their welcoming sofas and tables. Perhaps no milieu exemplifies the third place better than British pubs in which patrons sit comfortably with friends or engage in friendly darts games.  It’s the next best thing to grilling with your friends in your backyard.  Third places never feel like a chore or obligation.  Oldenburg laments that though “they are the heart of a community’s social vitality, the grassroots of democracy,  sadly, they constitute a diminishing aspect of the American social landscape.”  Curse you Facebook.

When the Village of Los Ranchos de Albuquerque approached brothers Ethan, Gregory and Chris Chant with the idea that their five-acre plot of land in the Village could be transformed into a venue which could bring the village together, a sort of communal gathering place, the siblings responded by building a true third place.  It’s pretty easy to find, too.  Just look for a cavalcade of cars in an expansive parking lot not even a quarter-a mile south of Paseo del Norte.  On the formerly empty plot of land sits an 8,600 square-foot brewery with a seating capacity of 434 guests.

By the way if you’re curious about the name, “steel bender” is a slang term for a steel press that bends and manipulates steel.  It has nothing to do with the Pittsburgh Steelers or this diehard Dallas Cowboys fan probably wouldn’t have been welcome.  There’s plenty of steel and other industrial construction materials (brick, concrete, wood, glass) throughout the sprawling and decidedly masculine complex.  With a background in construction, the Chant brothers created a space with several dining areas adorned in an industrial chic look and feel.  A well-lit dog-friendly patio with picnic table seating, a brick outdoor bar and magnificent views of the Sandias provides the best seat in the house.

In an interview with the Dark Side Brew Crew, Ethan Chant explained “It’s a brewery that serves food, it’s not a restaurant.”  On the other hand, he added ““We don’t want to settle for the food. We don’t want to settle for the beer. Albuquerque’s bar is high.”  Brother Bob chimed in, “we want to make it a playground for the palate.”  These are comments that will resonate with all foodies, even those of us who don’t imbibe adult libations.  The menu boasts “our breads are made locally at Pastian’s Bakery. And of course, we proudly serve Bueno red & green NEW MEXICO CERTIFIED CHILE, all grown in the Hatch River Valley.”  As often as able, Steel Bender features local products and produce in its recipes.

The Steel Bender menu is hardly atypical among brew pubs across the Duke City though there are a couple of surprises. Chief among them is the Brewer’s Board, described on the menu as “an assortment of seasonal and local ingredients: meats, cheeses, vegetables, “things pickled” and more.” Though our server didn’t know any of the specifics, the board includes prosciutto, sliced sausage, Gouda, Cheddar, bacon jam, whole grain mustard, candied pecans, sliced bread and pickled peppers reminiscent of pepperoncini in terms of appearance and sweet heat.   This “market priced” appetizer is a nice way to start your meal.  The biggest surprise for us was the bacon jam typically made by slowly simmering bacon, onions, brown sugar and sundry spices.  It’s a nice foil for the salty, fatty meats and cheeses.  Of course, the meats and cheeses are also a good counterbalance for the kick of the whole grain mustard.

There are only two burgers on the menu, the eponymous Steel Bender and a build-your-own option that starts with lettuce, tomato, and red onion.  A “Make Mine New Mexican!” option is sure to be  popular bet with house-made queso, Bueno chopped green chile, and onions  though much of that would be extraneous if you order the Steel Bender (Cheddar, Swiss, Gorgonzola or American cheese, bacon, fried egg, and a fried Bueno green chile strip with steel bender brewyard sauce).  Heed my advice and that of Maxime Bouneou, the much loved and missed former chef-owner of Torinos @ Home who described Gorgonzola as the blue cheese “For You Blue Cheese Haters.”  The Steel Bender goes great with the Gorgonzola which is piled on generously.  It was one of the burger’s strong points as was the fried egg which didn’t explode onto my shirt as some fried eggs on other burgers have done.  We weren’t quite as enamored of the fried Bueno green chile strip whose piquancy (if it had any to begin with) was obfuscated by other flavors.  Though we requested medium-rare, the beef patty had nary a hint of pink.  Still, this is a better burger than we expected from a brew pub.

Among the three sandwiches on the menu (including a vegetarian pulled *Seitan sandwich) was one good enough to have come from some of the Duke City’s barbecue restaurants.  The pulled pork sandwich (smoked pork shoulder topped with house-made coleslaw, served with a side of house BBQ sauce on the side) had me lamenting that Rio Rancho’s annual Pork & Brew no longer has a competitive barbecue event.  You can never have enough good barbecue.  This particular sandwich actually tastes better sans the sweet barbecue sauce (save that for the fries) which masks the smokiness altogether.  Sadly the coleslaw lacks personality and moistness.  *In its annual Food & Wine issue for 2018, Albuquerque The Magazine awarded The Steel Bender Brewyard a Hot Plate Award signifying the selection of its Seitan Sandwich as one of the “delectable treats that are must-haves for any foodies.” Considering the thousands of potential selections, to be singled out is quite an honor.

Burgers and sandwiches are served with hand-cut fries or a side garden salad.  For a pittance, you can have your fries smothered, loaded, or made with Asiago-truffle.  Smothered means house-made red or green chile and shredded cheese.  While the concept is good, the green chile lacks the piquancy New Mexicans crave (for us, pain is a flavor).  My Kim did enjoy her Asiago-truffle fries which have both the sharpness and sweetness for which Asiago is known and the earthiness of the truffle oil.  Neither of us was able to finish the mountainous portion of fries and should have just shared the Asiago-truffle fries then split a garden salad.

The Steel Bender Brewyard is probably the type of “third place” Ray Oldenburg had in mind when he coined the concept.  It’s an inviting milieu in which those of us blessed (or burdened) with the XY-chromosome pairing can enjoy whatever sporting event is airing on one of the many flat screens on the premises.  Families will enjoy it, too.  It’s a fun space that exemplifies communal gathering space.