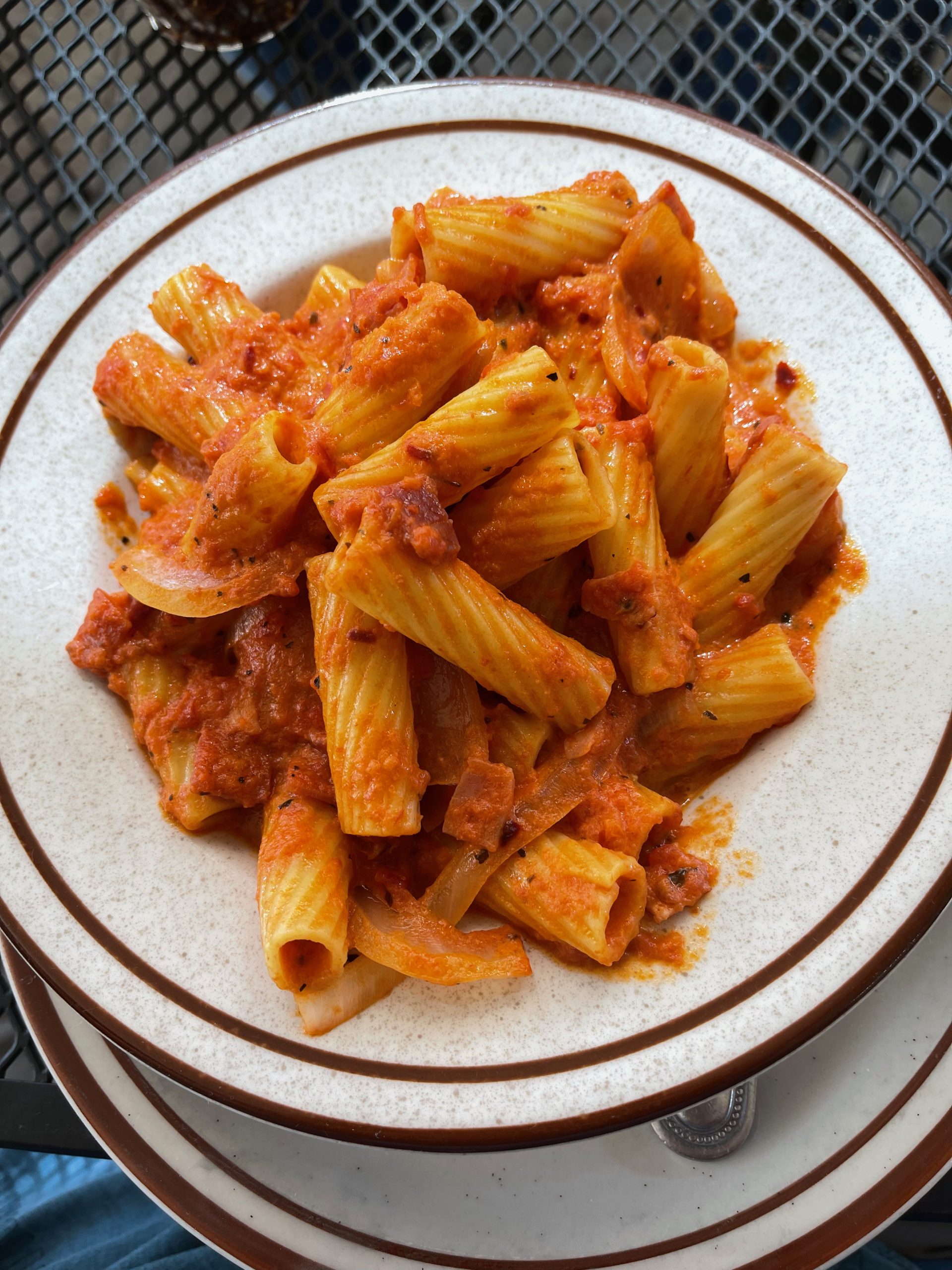 We practically recited a prayer of invocation upon seeing Mixed Cold Cuts on the menu (in the restaurant’s previous instantiation, this starter was called Affetatti Misti).  Available in small (serves two) or large (serves four), these cold cuts include salami, prosciutto, ham, pepperoni, Provolone, Swiss, green and black olives and pickled artichokes.  Call it a poor person’s charcuterie if you will, but this is one very satisfying starter especially since your table will also have a loaf of the restaurant’s crusty Italian bread on hand.

Both my Kim and I opted for soup as soon as our server informed us the del giorno (Italian for du jour) soup was tomato bisque.  By definition, a bisque is a French style of soup made from crustaceans, such as lobster, crab, shrimp, and crayfish.  No matter how you classify this elixir, you’ll call it soul-warming and delicious.  This bisque is smooth, creamy and nicely seasoned.  It’s a perfect change of season soup…er, bisque.

Traditionally carbonara is made by combining hot cooked pasta  with raw eggs or egg yolks, grated Pecorino Romano, ground black pepper, and fried pancetta, guanciale, (or, sometimes in the U.S., bacon).  Rather than debate the authenticity of Sal’s carbonara offering, I’ll assess what we experienced–a largely delicious offering of spaghetti in a rich, creamy sauce with pancetta.  As with carbonara we’ve experienced in the United States, it was much too rich to finish in one sitting.  That’s a good thing as it tastes even better the next day.

Both Italy and the United States claim to be the originator of the recipe for penna alla vodka, a tomato sauce-based dish enhanced with cream and vodka.  Essentially the sauce can be added to a variety of dishes including gnocchi, ravioli and spaghetti.  Sal’s version, a rigatoni alla vodka has an element we hadn’t previously experienced.  While alla vodka is generally made with hot oil, Sal’s version emphasizes the word “hot.”  In fact, we wondered if we hadn’t been mistakenly served rigatoni Amatriciana instead.  While the dish proved very satisfying to me, my Kim found it too piquant.