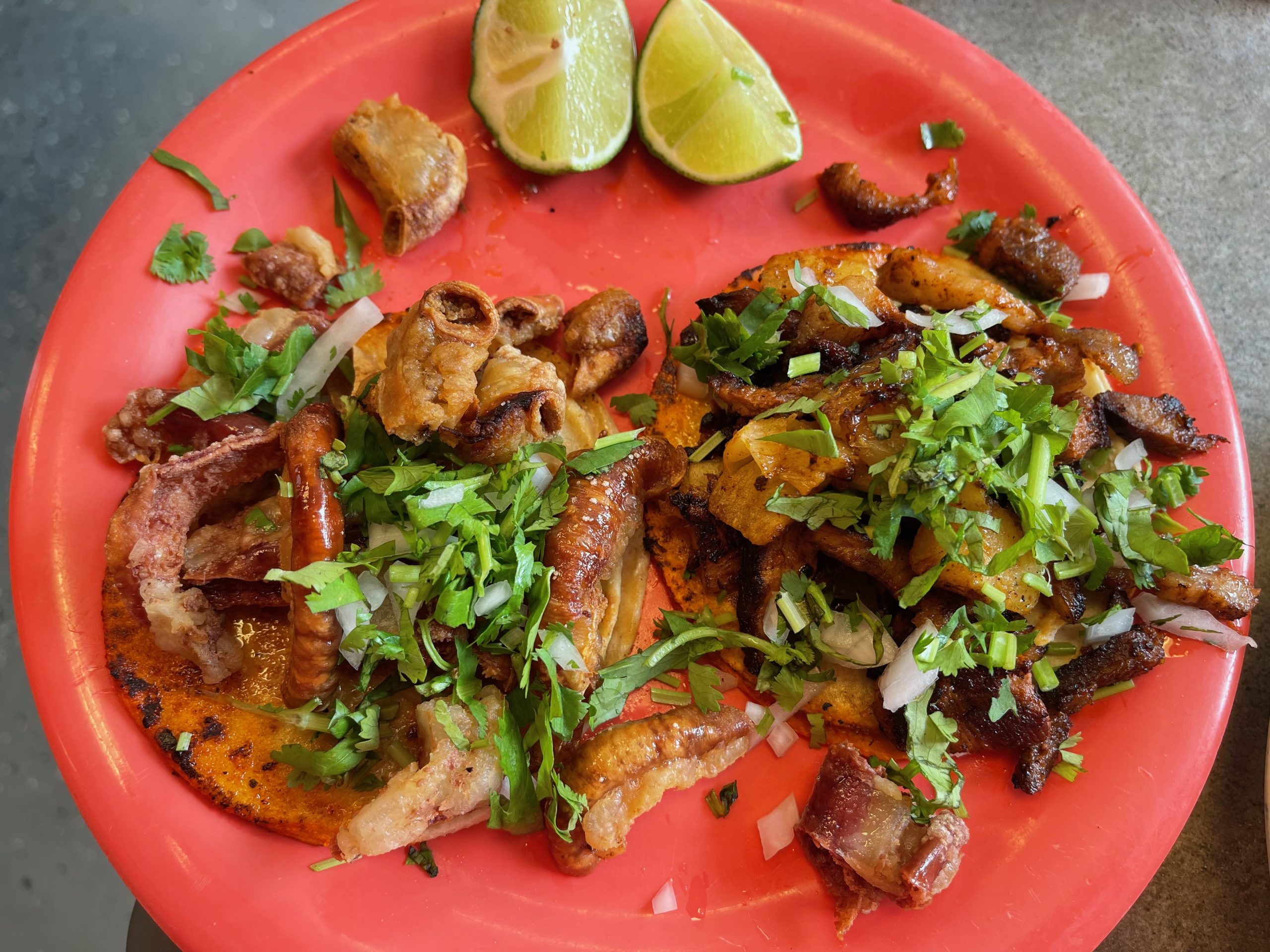 “On a dark desert highway, cool wind in my hair
Warm smell of colitas, rising up through the air”
~Hotel California, The Eagles

in 1977, when the Eagles’ immortal rock anthem Hotel California was released as a single, most radio hits clocked in at about three minutes.  Three minutes is just about as long as Hotel California’s hauntingly compelling intro and the legendary guitar-duet-slash-duel-slash-musical-conversation between Don Felder’s double-necked Gibson EDS-1275 and Joe Walsh’s Fender Telecaster. The high voltage, era-defining song with its intensely intricate instrumental work, soaring harmonies and enthralling lyrics make Hotel California an iconic indictment of the dark underbelly of the American dream and its excesses.

Hotel California’s allegorical, introspective lyrics alone make it one of the most widely speculated songs in rock history.  Studies of those lyrics have resulted in numerous interpretations of the song.  Among the most widely contemplated lyrics surround the song’s first stanza: “warm smell of colitas rising up the air.”  At least three vastly different definitions of colitas exist.  Among the most common misinterpretations is one replete with sexual innuendo–specifically that colitas is sexual slang meaning “little tails.”  In Mexican slang, colitas also refers to cannabis. In numerous interviews, Don Felder has clarified that “colitas is a reference to a plant that grows in the desert that blooms at night, and it has this kind of pungent, almost funky smell.“

Not surprisingly, the third interpretation behind “warm smell of colitas” which resonates most with me is a culinary term.  In some parts of Mexico, especially neighboring Cuidad Juarez, you’ll find roadside stands and restaurants alike serving colitas de pavo (Spanish for turkey tails).  Colitas de pavo are typically served fried and sliced on tortas and tacos.  In Juarez you’re also likely to find colitas de pavo fritas (turkey tail fries) where turkey meat replaces the potato.  Colitas de pavo meld crunchy and fatty textures in a uniquely delicious manner. To me, the warm smell of colitas is an enchanting enticement and what I would have written about had I been with the Eagles.

Although only 276 miles separate Albuquerque and Cuidad Juarez, the distance seems greater considering how rare colitas de pavo are in the metropolitan area. Yes, it’s truly a “tail of two cities” (pun intended). Google colitas de pavo and you’ll find a number of doctors treating colitis, but only one restaurant serving colitas and that restaurant (Chicharroneria Orozco) shuttered years ago.   When my friend Carlos found out about another restaurant serving colitas de pavo, you would have thought he had won the lottery.  He was beside himself with excitement at the prospect of enjoying colitas without having to visit Juarez.

The restaurant which electrified Carlos so much is Taqueria Los Amigos on 4th Street at the strip mall location which once housed the short-lived Panchito’s Restaurant & Bakery.  Immediately next door is La Michoacana Paleteria which means you’re assured of a fantastic frozen dessert after your meal.  Los Amigos resides in diminutive dwelling with seating for only about fifteen guests.  It’s a colorful restaurant replete with Mexican accoutrements such as serapes and photographs of Mexican cinematic idols such as Cantinflas and Pedro Infante.

Just as colorful as the restaurant’s trappings are owners Simon and Connie Gantsia, an effusive couple who enjoyed my Kim’s efforts at speaking Spanish more than they did banter in Spanish with me.  During the entirety of our visit, the restaurant’s sound system piped in music by Pedro Infante.  Simon sang along with alacrity while preparing our meals.  He was so excited at my inquiries about colitas de pavo that he almost ran to his stove to prepare an order for me before I reminded him I hadn’t ordered yet.

6 February 2022: With all my caterwauling about colitas, you’d probably stop reading if I didn’t at least try one.  You don’t have to tell me twice.  Alas, when Simon raved about having the “best birria in town” I had to compromise–an order of birria tacos and one colita de pavo.  Cecina (salted, dried, smoked meat), which I love even more than colitas de pavo will have to wait until next time.  So will the Fajihamburguesa, a weirdly intriguing combination burger and fajitas with pineapple and wienies.

6 February 2022: Another surprise–especially considering colitas are on the menu–is that the birria isn’t made from goat or even lamb…not that there’s anything wrong wrong with that.  You might also think it should be required by law for birria tacos to be served with consomme, but Los Amigos eschews the deep red hued meaty broth altogether.  Three to an order birria tacos are served with chopped white onions and cilantro and are accompanied by beans and rice.  Although the consomme-bathed corn tortillas are so stuffed it’s a challenge to fold them like a conventional taco, they’re not what you’d call big tacos.  Thankfully they’re big on bold flavors.  They’re also moist and delightfully rich.  You’ll be tempted to order three more of these delicious tacos.

6 February 2022: When my Kim compares (with glowing terms) a Mexican restaurant’s caldo de res with her favorite Vietnamese pho, you’ve got to believe that’s one great caldo de res.  This meaty broth elixir is brimming with chunks of fresh beef shanks, carrots, cabbage, zucchini, potatoes and corn-on-the-cob.  Each melt-in-your-mouth spoonful rewards your mouth with comfort and satisfaction.  It’s a hearty, flavorful bowl of soul-warming joy.  Arguably it’s even better with the accompanying chopped white onions and cilantro.  You’d be desecrating this stew if you added crackers.  A tortilla or three is all you’ll want.

6 February 2022: You don’t have to be high on colitas (cannabis) to enjoy colitas de pavo.  All you have to be is hungry and willing to stretch your wings a bit.  In my previous experienced with these crunchy yet moist turkey tails, they’ve always been copper-toned.  Los Amigos version are reddish, similar to Chinese barbecue.  Colitas are most often fried, sliced into pieces for use on tacos, and off-brownish on the outside, with a succulent interior that resembles the dark meat of chicken. They taste like a combination of chicken and pork, specifically carnitas.  Don’t fear the colitas.  Enjoy their warm smell then their captivating flavors.

21 June 2022: Pity diners whose sole experience with Mexican food is limited to tacos and burritos.  By never having had experienced albondigas, they haven’t truly lived.  Cynics might say albondigas are nothing but meatballs, but almost every country has its own riff on meatballs and some of them are exceptional.  In Spain, albondigas are  a classic tapas dish and by classic, I mean extremely popular as well as of the highest quality.  While culinary historians agree albondigas originated in Spain and were brought to Mexico by the conquistadores, their genesis is likely Muslim.  In fact, the name albondigas is derived from an Arabic term meaning “hazelnut,” but the term is more generally used to describe any small round object.

21 June 2022:  Whether Spanish, Moorish or Mexican, each of these cultures has its own spin on albondigas.  Although the Moors preferred lamb, over time the Spanish began using pork and beef.  Mexicans often serve albondigas in a light broth enlivened by paprika, cilantro and cumin giving the broth an assertive personality.  Taqueria Los Amigos’ version of albondigasare among the best we’ve had (and as meatballs, they’re second only to those at Forghedabouditin Las Cruces).  They’re not the “small round objects” the definition bespeaks of.  In fact, these meatballs are almost baseball size.  They’re tender, but don’t fall apart easily.  Swimming in the spicy broth are potatoes, zucchini, carrots, cilantro and niblets of corn.  These albondigas are superior to caldo de res…and dare I say, on par with most pho.

21 June 2022: True to the name on the marquee, tacos are a specialty at Taqueria Los Amigos.  Now, if you grew up in Northern New Mexico mending fences and cleaning out acequias, you’re undoubtedly familiar with “alambre,” a Spanish term for wire.  The first time we espied “tacos de alambre” on a menu, we were confused.  What the heck are wire tacos, we wondered.  In her Mexico in my Kitchen blog,  Mely Martinez explains “The name “tacos de alambre” is given because the ingredients are almost the same as the ones we use to cook our Beef kabobs (Alambres), just that instead of making them using the skewers, we cook them on a skillet. These tacos are popular in Mexico City and central states of the country.”  You learn something new everyday.  I had no idea beef kabobs are called alambres in Mexico.

We didn’t order tacos de alambre (Pastor, Asada, Pina, Queso, Pico de Gallo, Aguacate) during our visit in June, 2022, but we were certainly intrigued.  At nearly fifteen dollars per order, they’re by far the most expensive tacos on the menu.  Less expensive (and less intriguing) are California tacos.  There are six “regular” tacos on the menu: asada, al pastor, carnitas, chorizo, quesa birria, tripitas and cecina.  I ordered an al pastor taco and a tripitas taco figuring my Kim would polish off the al pastor taco and leave the tripitas taco to me.  As predicted, she made quick work of the al pastor then after trying one the crispy, crunchy, salty pig intestine bits, she fell in love with them.  Tripitas are somewhat reminiscent of the chicharrones my mom and I make in Penasco.  If my description “pig intestine bits” makes you queasy, you might be surprised how much you’ll enjoy them.

21 June 2022: After two visits to Taqueria Los Amigos, we’ve put it on a pedestal.  Not only have our two visits introduced us to some of the most delicious Mexican food in Albuquerque, it’s introduced us to different interpretations.  For example, my previous experiences with cecina were very traditional–salted and dried (via air, smoke or sun) sheets (almost waifishly thin) of marinated beef.  Somehow it made sense to try Taqueria Los Amigo’s hamburguesa sensilla (SIC).  In true Mexican burger fashion, this burger was fantastic: lettuce, tomatoes, pineapple chunks on sesame seed buns.  The sensilla patty was at least as thick as a traditional American burger patty, but texturally it was something different altogether.  It was more reminiscent of a pounded steak than a hamburger patty.  With a pronounced beefy flavor, it might have benefitted from mustard, ketchup or mayo (or all three), but only in small amounts so as not to detract from that beefy flavor.

Taqueria Los Amigos is a terrific Mexican restaurant replete with surprises.  No matter what tempting treat prompts your first visit, you’ll be back to experience more of those surprises.