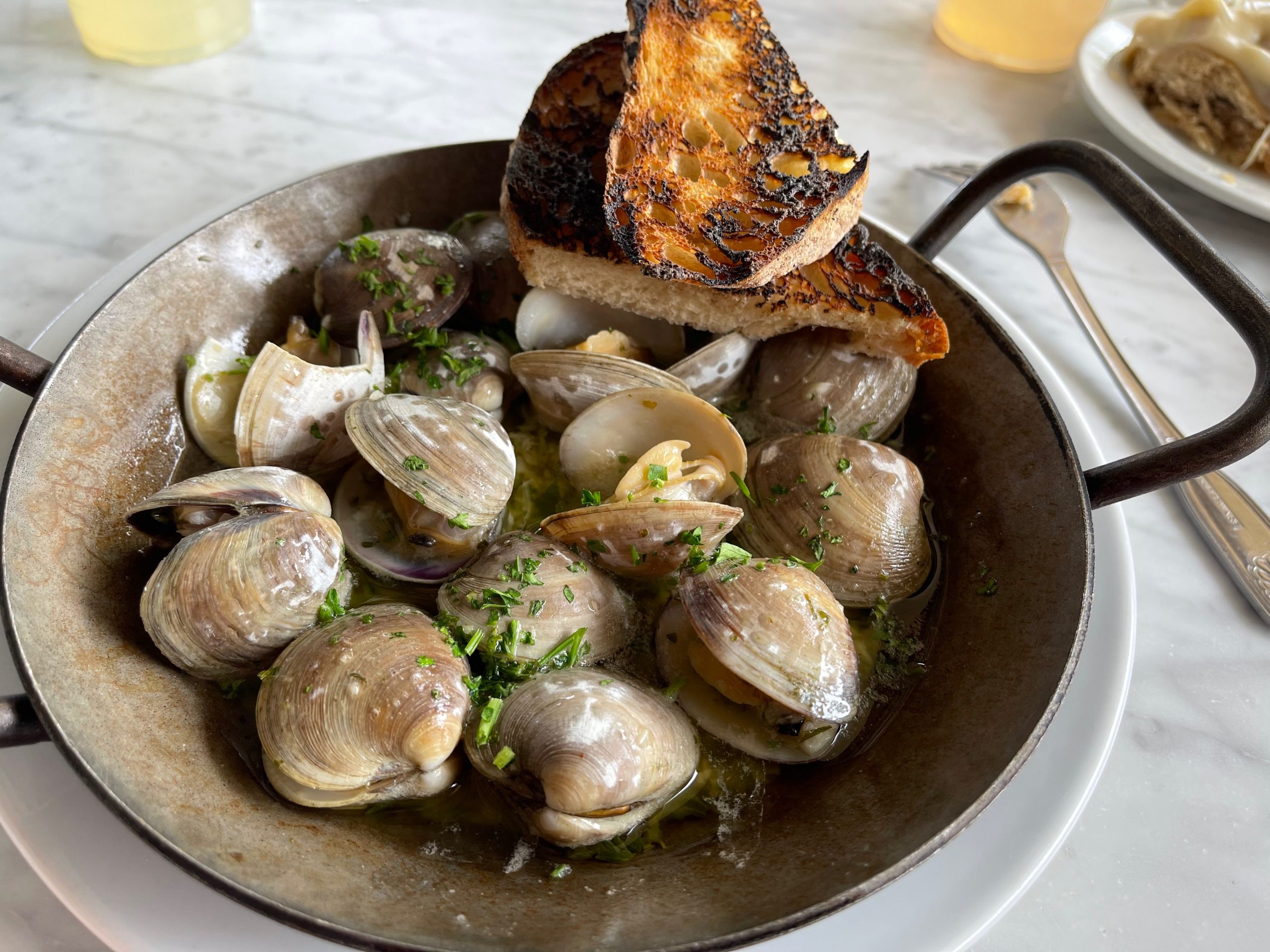 “I saw Sisyphus in violent torment, seeking to raise a monstrous stone with both his hands. Verily he would brace himself with hands and feet, and thrust the stone toward the crest of a hill, but as often as he was about to heave it over the top, the weight would turn it back, and then down again to the plain would come rolling the ruthless stone. But he would strain again and thrust it back, and the sweat flowed down from his limbs, and dust rose up from his head.” ~Homer, The Odyssey

Even those among us most satisfied with our jobs sometimes feel work is our personal Sisyphean ordeal.  That’s especially true on days in which work seems monotonous and meaningless, when it truly does feel as if we’ve been sentenced to push a boulder up Sandia Peak only to see it roll back to the Rio Grande at the end of the day then to repeat that ordeal the following day.  The drudgery of the incessant and assiduous labors of Sisyphus is one of life’s metaphors with which most of us can sometimes relate.

Greek mythology is replete with the manifestation of vices, flaws and hubris in the Greek gods and goddesses.  Though it may seem perpetual interference by the petulant and spoiled deities doesn’t warrant the worship they crave, every once in a while one of the Olympians will actually do something beneficial for their human charges.  Of course, such acts of benevolence are usually limited to their favorite humans, typically a bastard son or a pulchritudinous woman.  Only in soap operas and modern politics do you find such pettiness and shallowness.

Though Greek mythology is seemingly teeming with tragedy, leave it to Friedrich Nietzsche to find something life-affirming about all those tribulations.  Nietzsche believed tragedy is valuable because it allows us to affirm life.  Maybe that means you can only appreciate happiness if you’ve experienced tragedy.  As someone who long ago abandoned Nietzsche’s esoteric moralism for the more life-affirming wisdom of Jack Handey, I would have loved to read Greek myths with a more joyful theme, some positivity…maybe read about some god or goddess who exemplified the spirit of “meraki.”

Meraki is the Greek word that describes the soul, creativity or love put into something; the essence of yourself in your work.  Not surprisingly, meraki is a Modern Greek word.  It’s derived from the Turkish “Merak” (labor of love, to do something with pleasure).  It’s highly unlikely (despite what Albert Camus wrote) that Sisyphus experienced a labor of love while trying to roll that rock up a steep hill.  The optimist in me hopes each and every once of us who occasionally experiences a Sisyphean task approaches most of the things we do with the spirit of meraki–that we love what we do and do it well.

A labor of love is an apt description for the transformation of an unused space at the northwest corner of the edifice which houses Mykonos Cafe, one of Albuquerque’s most venerable and popular Greek restaurants.  That formerly unused space now houses Meraki, a coffee shop and so much more.  Meraki is the love child of restaurateur Nicole Kapnison who long ago ceased being thought of solely as “Nick Kapnison’s daughter” and established a presence as a formidable force in Albuquerque’s culinary scene.

In her website’s “About” page, Nicole gushes “I feel like I have never worked a day in my life because I truly love what I do, sounds so cliche, but seriously, my job rocks, even during the hard moments, I wouldn’t trade it for the world.”  With that attitude and energy, there was only one name for her coffee shop: Meraki.  We arrived at about half past twelve on a Sunday morning and found only one available table.  We also found that (in our late 30s) we were probably the oldest diners (though The Dude was the youngest) in the high-energy place with a vibe that bespeaks the spirit of meraki.

Meraki is a beautiful space.  More expansive interior patio than true restaurant space, its exterior walls are really garage doors that–weather permitting–recess to provide an open area.  Because the space faces west, Meraki provides sun-shielding shade–instant relief from summer’s vengeful heat.  For al fresco dining, few Duke City eateries are as attractive or as much fun.  There is no table service, but there is a counter at which you place your order.  When the kitchen (shared with Mykonos) has prepared your food, one of the friendly servers will ferry it over to your table.  The process is efficient and easy.

Because of our late arrival, loukoumades (Greek donut holes soaked in honey, crushed walnuts and powdered sugar), we had to settle for a cinnamon roll.  Well, maybe “settle” isn’t the right word.  It was a cinnamon roll that made my Kim happy which means it actually had plenty of cinnamon and lots of tooth-decaying frosting.  Being late also meant no “Betty bowl,” a smoothie bowl with fresh berries, banana, chia sunflower mix, house granola, local honey, coconut).  Also not available were fresh Prince Edward Island (PEI) mussels.  Lesson learned–next time we’ll get there early.

Although Meraki had run out of mussels, fresh clams were available.  Served with toasted ciabatta was a small netful of clams steamed in a broth of white wine, minced garlic and scallions.  We don’t often have fresh clams for breakfast-brunch, but these certainly had us asking why not.  Not only were they absolutely delicious, there was no discernible “fishiness.”  As with many white wine-based broths, we longed for more bread to sop up all the broth.  Though it can be lapped up like a good soup, there’s just something satisfying about broth-soaked bread.

My Kim is probably tired of me describing her food choices as “boring,” but how else can you describe a basic breakfast sandwich (bacon, Cheddar, fried egg, green chile aioli, Meraki hot sauce on a brioche) when there are so many more interesting items on the menu? Sure, quality ingredients made it a cut above most breakfast sandwiches and that Meraki hot sauce is liquid dynamite, but to eschew such intriguing items as feta lamb meatballs (tomato vodka sauce, grilled ciabatta) and an open-faced chicken salad sandwich is (to me) a criminal act.  My Kim enjoyed her sandwich very much so my little rant (as usual) didn’t go anywhere.

Although one of the ingredients of the NM Burger is fire-roasted green chile, my choice was the Meraki burger (bacon fig jam, melted brie, green chile aioli, arugula) with fries.  You can have a great green chile cheeseburger anytime (oh, my gosh, did I really say that?) but how often do you see such unique ingredients on a burger, especially sweet and savory elements that maybe should go well together?  The Meraki burger was a surprise in the most pleasant and mouth-watering ways.  Those perceived disparate ingredients actually went very well together, melding into a cohesive, delicious whole.  Especially notable was the one-two flavor punch of bacon fig jam and green chile aioli–sweet, savory and piquant notes throughout.  A thick beef patty made up for the buns being only four-inches.

Here’s betting Sisyphus would have made it over the hill if Meraki Coffee + Market awaited on the other side.  To say Meraki serves coffee and food good enough for the Greek gods and goddesses would be giving them esteem they don’t deserve.  Albuquerque does deserve  deserve a coffee shop like this one.