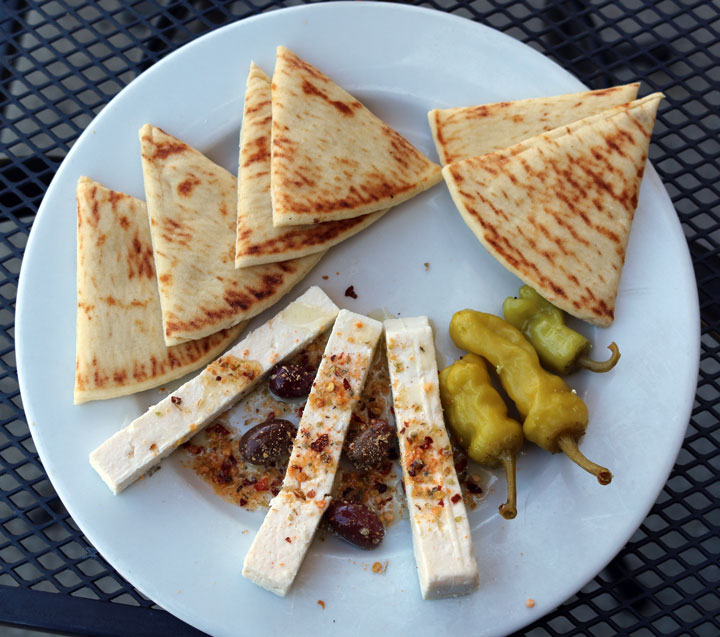 Jose Villegas, my friend and colleague at Hanscom Air Force Base, earned the most ignominious nickname. Everyone called him “Jose Viernes” which fans of the 1960s television series Dragnet might recognize is the Spanish translation for “Joe Friday.” We didn’t call him Jose Viernes because he was a “just the facts” kind of guy. He earned that sobriquet because he lived for Fridays. Jose kept a perpetual calendar in his head, constantly reminding us that there are “only XXX days until Friday.” Quite naturally, his favorite expression was “TGIF” which he could be overheard exclaiming ad-infinitum when his favorite day of the week finally arrived. Conversely, for him (as it is for many Americans), Monday was the most dreaded way to spend one-seventh of his life, an accursed day that mercilessly ended his weekend.

Aside from the temporary reprieve Friday provides from the grind of an arduous workweek, Jose’s anticipation about Fridays had everything to do with fun, friends, food and females. Mostly food…or so we thought. Jose was one of the first gourmets I ever met, a man with an educated palate and nuanced tastes (though for some reason, he disliked the foods of his native Puerto Rico). On Fridays, his favorite Greek restaurant served a combination platter brimming with several of his favorite dishes. Jose raved about such delicacies as dolmas, spanakopita, galaktoboureko and other dishes he could spell and pronounce flawlessly and which he considered ambrosiatic. Jose rebuffed all offers of company when Greek was Friday’s featured fare, likely because he was as interested in a comely weekend waitress as he was the food.

In the Hanscom area, some twenty miles northwest of Boston, several of the local Italian and pizza restaurants were owned and operated by Greek proprietors. Some of them would occasionally offer such weirdness as “stuffed grape leaves,” a dish of which my callow mind could not then fathom. Save for a “Mediterranean Pizza” (kalamata olives, feta cheese, olive oil) I left Massachusetts without ever experiencing Greek food. After my inauguration into the culinary delights (at Gyros Mediterranean in Albuquerque) of one of the world’s oldest civilizations, I cursed Jose Viernes for not having introduced me to such deliciousness. What kind of friend was he to have kept such dishes as gyros, spanakopita, tarama and stuffed grape leaves (those paragons of weirdness) from me!

Jose Viernes still comes to mind whenever we visit a Greek restaurant. If the fates have been kind to him, he’s probably found a job that allows him to work four ten-hour days a week so he can have his precious Fridays off. Maybe he married that Greek waitress none of us ever met and opened his own Greek restaurant. Perhaps someday through the magic of the internet, I hope we can reconnect and reminisce. Better still, I hope we can break pita together and discuss the nuances of Greek cuisine. With any luck, that reunion will take place at Mykonos Cafe on Juan Tabo.

Though–as very well chronicled in the May, 2017 edition of Albuquerque The Magazine—Greek restaurateurs have plied their talents across the Duke City for generations, they often did so in restaurants showcasing New Mexican and American culinary fare in such venerable institutions as Western View Diner & Steakhouse, Mannie’s Family Restaurant, Lindy’s, Monte Carlo Steakhouse, Town House Dining Room, Milton’s and many others. Menus at these restaurants included a smattering of Greek dishes, but it wasn’t until much later that true Greek restaurants began dotting the culinary landscape.

Restaurants such as the Olympia Cafe (1972), Gyros Mediterranean (1978), Yanni’s Mediterranean (1995) are the elder statesmen among Albuquerque’s Greek restaurants with Mykonos Cafe (1997) the newcomer in the group. Situated in the Mountain Run Shopping Center, Mykonos was founded by veteran restaurateur Maria Constantine. In 2014, Mykonos changed hands when Nick Kapnison, Jimmy Daskalos and wife Nadine Martinez-Daskalos purchased the restaurant. Kapnison and Daskalos are among the Duke City’s most accomplished restaurant impresarios, boasting of such local favorites as Nick & Jimmy’s and El Patron. The talented triumvirate gave Mykonos a complete make-over, revamping virtually everything in the restaurant.

More than ever, the restaurant evokes images of Mykonos, the Greek island for which the restaurant is named. Sea-blue paint, in particular, will transport you to the crystal clear, blue waters of the Mediterranean. The cynosure of the restaurant is a “bubble wall,” an illuminated glass fixture which holds moving water and changes color depending on its setting. Capacious and attractive as the dining area is, for parents of furry, four-legged children, the dog-friendly patio is a welcome milieu. Our delightful dachshund Dude (he abides) enjoys the attention he receives from the amiable wait staff.

The menu is very well organized into several categories: dips and spreads, Mezethakia (appetizers), soupa, salata, entrees, vegetarian, steaks, chops and lamb, seafood, sandwiches, pastas, sides and homemade desserts. Though it’s not the menu’s goal to make it difficult to decide what to order, it may very well have that effect on you…especially if your tastes are diverse. Jose Viernes would enjoy perusing the many options. While you ponder what to order, a single bread roll with a dipping sauce is ferried over to your table. The base for the dipping sauce is olive oil to which chile flakes, cheese and seasonings are added. It’s among the best you’ll find anywhere.

7 May 2017: If you need additional time to study the menu, order the Greek Appetizer Plate (spanakopita, feta cheese & kalamata olives, hummus, dolmas and toasted pita). It’ll keep you noshing contentedly as you decide what will follow and it’ll give you a nice introduction to the restaurant’s culinary delights. Each offering on the plate is a high quality exemplar of the Greek Mezethakia (appetizer) tradition. The spanakopita (spinach and feta cheese baked in filo pastry) is a light and flaky wedge of subtle flavor combinations while the feta and kalamata olives come at you full-bore with more straight-forward and assertive flavors. The dolmas are vegetarian though a beef version (stuffed grape leaves with beef and rice served hot with avgolemono sauce) is available as an appetizer option.

7 May 2017: Entrees are accompanied by your choice of soup or salad. Jose Viernes would call the Avgolemono a “no-brainer.” Avgolemono is a traditional Greek soup made with chicken broth, rice (or orzo) eggs, and lemon juice. Wholly unlike the sweet and sour soup you might find at a Chinese restaurant, it’s only mildly tart and blends tart and savory tastes in seemingly equal proportions. It has a rich citrus (but far from lip-pursing) flavor and an almost creamy texture from the eggs. The base of Mykonos’ avgolemono soup is a high-quality chicken stock that keeps all other ingredients nicely balanced.

7 May 2017: The fourteen-ounce bone-in pork chop is quite simply the best, most tender and delicious pork chop we’ve had in Albuquerque–better even than the broasted pork chop masterpiece at Vick’s Vittles. When our server asked how I wanted the chop prepared, I told her the chef could indulge himself. It arrived at our table at about a medium degree of doneness with plenty of moistness and just a hint of pink. Greek seasonings penetrated deeply into as tender a cut of pork as we’ve ever had, imbuing the chop with luscious flavors. It was a paragon of porcine perfection. The pork chop is served with tender asparagus spears and mashed potatoes (though you can opt for au gratin potatoes instead).

7 May 2017: My Kim’s choice, as it often is when we visit Nick & Jimmy’s, was the Kotopoulo (slow roasted chicken with Mediterranean herbs and extra virgin olive oil). As with many entrees at Mykonos, the chicken is sizeable enough for two people to share. It is comprised of a breast, leg, thigh and wing, all slow-roasted and flavored with lemon and flecked with garlic and oregano. The skin is crispy while the entirety of the chicken is moist and delicious. Roasted Greek potatoes are an excellent pairing for the chicken.

29 April 2018: Culinary adventurers who crave dining diversity need go no further than the Mykonos Combination Platter to savor some of best known and most beloved of all Greek delicacies including moussaka, pastitsio, beef dolmathes and spanakopita. Though traditionally prepared with lamb, Mykonos’ version of moussaka is a vegetarian variation replete with eggplant and seasonal vegetables topped with a creamy béchamel sauce. The béchamel is thick and frothy, wholly unlike its Italian counterpart. In all honesty, this dish appeals to me as much because of an episode of Seinfeld as anything else. When Pakistani immigrant Babu Bhatt opened a restaurant he named the Dream Cafe, he offered such un-Pakistani favorites as tacos, moussaka and franks and beans. Jerry, of course, had the turkey. It’s not a bad dish, but my preference would have been for the version made with lamb.

Much better is the pastitsio (baked macaroni, tomato sauce, ground beef and a blend of cheeses topped with béchamel), a dish often called Greek lasagna. “Pastitsio” is a term describing a hodgepodge or scramble, and indeed this dish combines a number of different ingredients together in a single dish. On the Mykonos version, the ground beef is seasoned with nutmeg. As with the moussaka, it would have been even better with lamb. The beef dolmathes (grape leaves stuffed with beef and rice, topped with lemon dill sauce) are made on the premises and are among the very best in the city. The lemon dill sauce is even more tart than the Avgolemono. One of the best starters on the menu, the spanokopita (spinach & feta cheese baked in filo pastry) is a delight to eat both from a textural and flavor perspective. The light, delicate filo gives way to a blend of spinach and feta that bring out the best in one another.

Going strong into its second decade, Mykonos Cafe and Taverna is the type of restaurant my friend Jose Viernes would enjoy every day of the week. So will you.