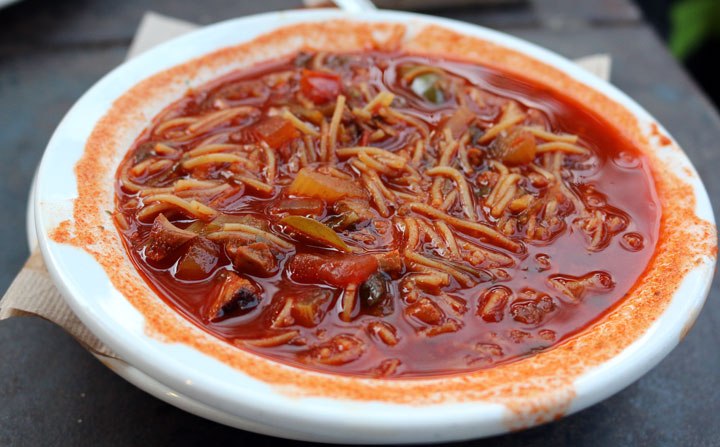 Counterculture. Growing up in rural Taos County four decades ago, I don’t know how many of us understood that the cultural and political upheaval of the big cities had moved into our isolated corner of the world. All we knew was that these unkempt and unwashed interlopers preaching free love and practicing it in communes had invaded our idyllic agrarian communities and shocked our quiet, small town sensibilities.

They rode around in psychedelic school buses and wore multi-colored smocks. The men among them wore their hair as long as their women. More shocking was how these strangers walked around unabashedly nude in the confines of the communes they christened with such colorful names as the Hog Farm, New Buffalo and Lama. There were even rumors of rampant drug use. The Taos News referred to it as “The Hippie Problem.” Weekly letters to the editor referred to them as “smelly, crazy-eyed pot and LSD ridden draft dodgers” and worse.

Considering the rancor between the locals and the scores of hippies which invaded Taos County in the late 1960s, some might consider it ironic–maybe even more than a bit hypocritical–that Taos designated the summer of 2009 as the “Summer of Love.” The summer-long celebration marked the 40th anniversary of the iconic counterculture movie “Easy Rider,” some of which was filmed in the area. It also celebrates the influx of the hippie counterculture Taos County actively combated and tried to eliminate.

Much has transpired in the past four decades. Taos County (and America as a whole) has evolved into a kinder, gentler, more accepting society. The strange outsiders of the late 60s are well integrated into the fabric of the communities which initially were so unwelcoming toward them. Some live in the suburbs they eschewed, work in businesses they once denounced. Some even vote Republican. Others remain steadfast to their dreams of a Utopian American society.

Today no one thinks twice when encountering the Bohemian influences and remnants of the 60s. The symbols of counterculture once reviled throughout New Mexico are today even celebrated in such stanchions of the “establishment” as El Palacio, the quarterly publication of the Museum of New Mexico. Vestiges of counterculture-influenced restaurants are prevalent in Taos (Taos Pizza Out Back among others) and Santa Fe, including one whose very name honors the movement: the Counter Culture Cafe on Baca Street.

The Counter Culture Cafe is located only a couple miles west of the tourist-laden plaza and is frequented primarily by locals in-the-know (and tourists who visit Yelp or this blog). It is ensconced in a “rough around the edges” fashionable artists’ haven away from the more well-known denizens of Southwest art. The restaurant’s setting has been described as “post-modern, industrial warehouse,” an apt description. Storefront parking is rather limited, but there is a spacious parking lot across the street.

Two outdoor dining areas–one by the parking lot up front and an enclosed area out back–are very popular, but strictly seasonal. The indoor dining area is a hub of activity. When you walk in, you’ll place your order at a counter above which are slate boards on which breakfast and lunch menus are scrawled in chalk. After you place your order, you’ll be given a number to take to your table. Then you’ll pick up your silverware, napkins and water (if that’s your beverage of choice) and take them to your table. If you order wine, it will be served in a juice glass. Your order will be delivered to your table promptly and professionally.

Seating, more functional than comfortable, is on communal tables, the type of which are used for church-sponsored bingo games. For the dog-lovers among us, the Counter Culture has a capacious dog-friendly patio. Our debonair dachshund Dude loves the patio’s vibe. Make sure you have cash on hand as the restaurant does not accept credit cards (though a local check will suffice). The restaurant has free Wi-Fi for those of us who have to remain connected at all times. Minimalist decor includes walls festooned with portraits taken by local photographer Anne Sweeney.

28 November 2009: It’s almost unfair that stationed under glass at the top of the counter are baked goods so tempting you’ll eschew any diet no matter how faithful you’ve been to it. The chocolate cake is reputed to be among the very best in town while the cinnamon rolls are ridiculously large, like frosted bricks. Those cinnamon rolls are so good, Santa Fean food writer John Vollertsen put them on his “bucket list,” a collection of must try dishes he would plan to devour before “kicking the bucket.” Vollertsen wrote, “you gotta love a sweet roll that hangs over the edge of a dinner plate, pull-apart tender and dripping with sugar glaze. Plop this monster in the middle of a table of friends and demolish.” Counter Culture’s French toast are made from these cinnamon rolls which are sliced horizontally then battered in an egg wash and prepared as any French toast would be. Just writing about them added to my waistline.

8 September 2017: The menu is an eclectic East meets West meets Southwest mix of Asian, European, New Mexican and American gourmet favorites. The simple sandwich is transformed into a gastronomic masterpiece in the kitchen. Soup is sublime, especially, according to Sunset.com, the chicken tom yum which the “life in the west” magazine mentioned as one of “five great bowls of soup in Santa Fe.” Sunset stated the “chicken tom yum warms the belly and ends in a spicy kick: Lemon grass and lime leaves enliven broth filled with chicken, rice noodles and chile.” Thai inspired soups are standard menu offerings. If the Thai Coconut Salmon Soup is any indication, that inspiration runs deep. Pungent curry, as good as made at local Thai restaurants, is punctuated with the sweetness of coconut and the freshness of salmon wholly devoid of any off-putting piscine qualities. Served hot, it’s as comforting as any soup.

8 September 2017: One of the most popular items on the lunch and dinner menu is the grilled burger, a hamburger prepared to your exacting specifications with grilled red onions on foccacia with lettuce and tomato on the side. This is simply one of the very best burgers in Santa Fe, a burger on par with what you might find at a high-priced steakhouse. More than any other burger in the entirety of New Mexico, this one reminds me of the world-famous Ambrosiaburger from the legendary Nepenthe in California’s Big Sur. An enormous hand-formed beef patty is juicy and flavorful while the foccacia canvas is lightly toasted and a refreshing difference from the boring buns served nearly everywhere else.

Ask for green chile for your burger and you’ll be given a small bowl of neon green chile as piquant and flavorful as just about any you’ll find in the City Different. By piquant, I mean this chile may actually have you reaching for water. Piquancy isn’t its sole redeeming quality; it’s a fantastic chile. Condiments, which you’ll have to bus to your table yourself, include Grey Poupon mustard, the gourmet choice. The haystax fries are about as thin as a spaghetti noodle, or more appropriately shoestring potatoes. They are perfectly salty, delicious and fun to eat.

8 September 2017: Breakfast is served until 5PM every day. That means at all hours you can enjoy the fabulous proscuitto egg sandwich on a hoagie roll with Swiss cheese and roasted red peppers. It’s better, if possible, than the American favorite, the ubiquitous bacon and egg sandwich. The prosciutto has the flavor of a smoked, dry ham while the red peppers are imbued with the slight sweetness that comes from expertly roasting strong, acidic vegetables. A prosciutto sandwich (grilled prosciutto, provolone cheese, Dijon mustard, roasted peppers with lettuce and tomato on a hoagie roll) is available for lunch, but you’ll miss the egg.

4 September 2011: Breakfast’s answer to the pizza and the quiche is the Frittata, a dish real men will eat (a reference to a book published in 1982, not a sexist remark). Frittata is a type of Italian omelet in which cheese and other ingredients are mixed into the eggs and cooked together. The Counter Culture’s frittata is made with pan-fried eggs, silver dollar potatoes, roasted red peppers and feta cheese. It’s an excellent frittata, second only to the frittata at Torinos @ Home (not on the current menu) as the best I’ve had in New Mexico. The eggs are fluffy and delicious. The fillings are in perfect proportion for a balance of flavors.

The Counter Culture Cafe is a throwback to the 60s with a communal feel to it courtesy of having to share your table with strangers (make that people you have yet to meet), busing your table and cleaning up after yourself when you’re done. There are no interlopers here, only hungry people whose appetites will be sated by some of the best food in town in an atmosphere that feels like the summer of love all year long.