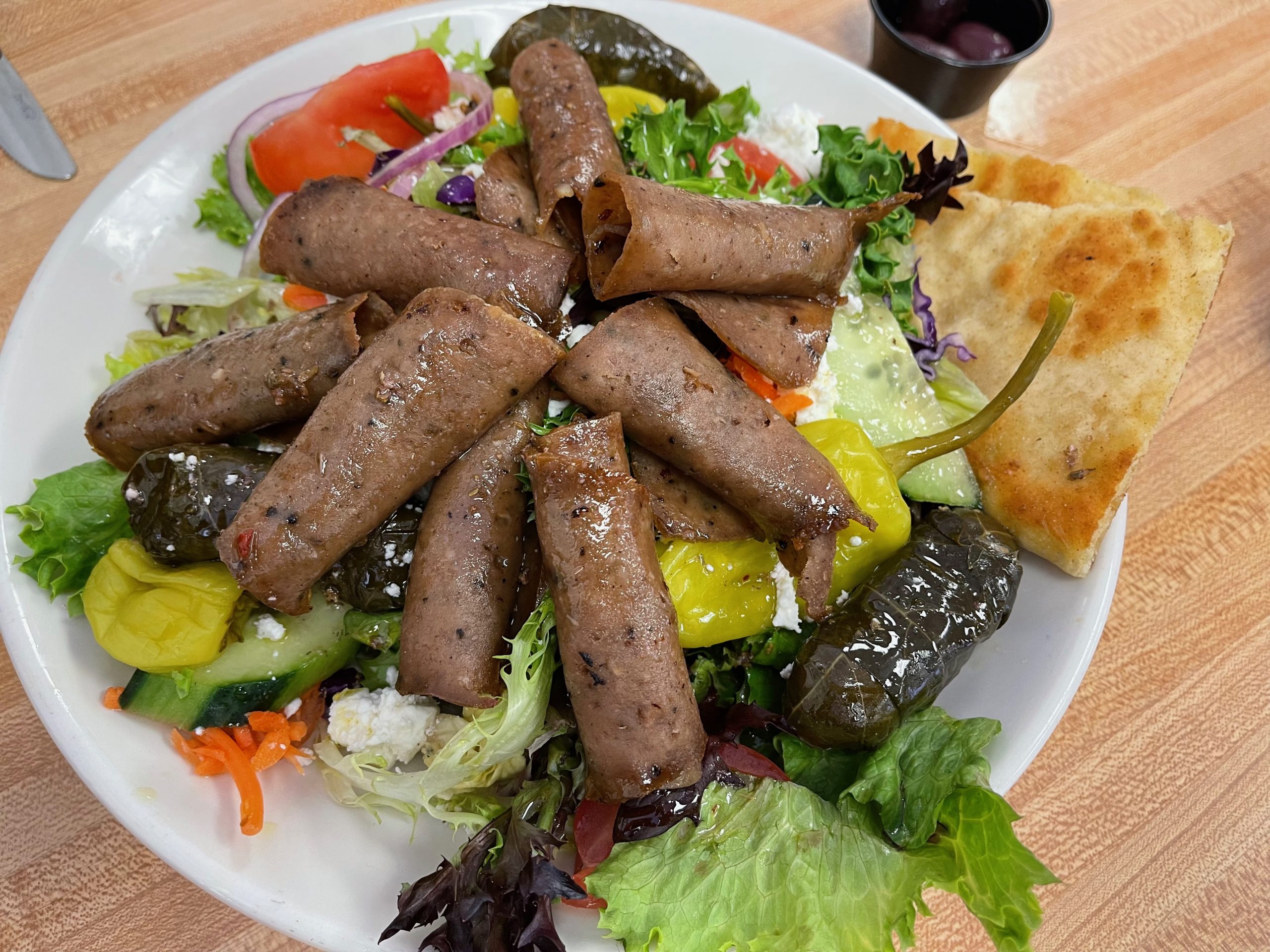 “When you wake up in the morning, Pooh,” said Piglet at last, “what’s the first thing you say to yourself?”
“What’s for breakfast?” said Pooh. “What do you say, Piglet?”
“I say, I wonder what’s going to happen exciting today?” said Piglet.
Pooh nodded thoughtfully.
“It’s the same thing,” he said.”

Unlike the great philosopher Winnie the Pooh, many Americans, it seems, don’t equate breakfast with excitement. Studies show that far too many of us fuel our bodies with a “gobble and go” mentality that typifies our frenetic lifestyles. In 2007, one food service industry research firm concluded that most Americans spend no more than three minutes shopping for breakfast (at such paragons of nutritional virtue as McDonald’s and Starbucks).  Too many of us it seems would just as soon wait for lunch, our hunger being reason enough to overindulge.

A food and health survey of Americans showed that 92 percent of respondents consider breakfast the most important meal of the day, yet fewer than half (46 percent) of them ate breakfast seven days a week. The most frequently cited reasons for not eating breakfast every day include “not being hungry after waking up” (59 percent) and “not enough time” (54 percent).  If you see yourself in either one of those responses, you’re obviously not alone.

Yet another survey, this one commissioned by a bread manufacturer, revealed that breakfast is such an integral part of our daily routine that three-quarters of us say we would opt for a good breakfast over fifteen minutes of extra sleep. The operative word which jumps out from that finding is “good.” Perhaps the reason many of us don’t share Winnie the Pooh’s excitement over breakfast is that we don’t often have a “good” breakfast.  I’m not talking “good” as in meeting the recommended daily allowance of whatever nutritional standards are in vogue, but “good” as in delicious, good as in worth getting up for…good as in Vic’s Daily Cafe, a long-time Duke City favorite first thing in the morning and during the lunch hour.

Although it seems Vic’s Daily Cafe has been around forever, founder Victor Pandazis didn’t launch his eponymous restaurant until 1998. The likely reason it inspires familiarity and nostalgia for many of us long-time residents is because for years previous we frequented Andy’s, a bustling breakfast restaurant owned by Vic’s father until closing in 1997. Andy (86 as of this writing in March, 2022) is no longer a ubiquitous presence at Vic’s where he once greeted guests, escorted them to their tables and sometimes ran the cash register.

Andy’s legendary customer orientation isn’t lost on his son Victor.  When we noticed that the restaurant was fully staffed just scant months after “it was safe to get back into the restaurant,” the cashier raved about Victor’s loyalty to his employees.  Even during all the months in which the Daily Cafe operated in a reduced capacity, Victor took care of all his employees–wait staff, busers, dishwashers.  Is it any wonder his employees are so loyal.  So are frequent diners who have long made the Daily Cafe a dining destination unlike any other.

The marquee at Vic’s also inspires nostalgia for anyone who grew up reading Superman comics.  That marquee features a banner emblazoned with the name “Daily Cafe” encircling the planet Earth, very similarly to the Daily Planet’s logo.  The Daily Planet, as fans of the Man of Steel know, was the newspaper for which Superman’s bespectacled alter-ego Clark Kent worked.  Coincidentally but not at all surprisingly, the Daily Cafe is frequented by employees of the nearby Albuquerque Journal.

Similar to other popular breakfast destinations in town (Milton’s, Lindy’s and the Western View Diner come to mind), Vic’s embraces its Greek heritage.  Commemorative plates and framed posters from Greece as well as from New Mexico adorn the restaurant’s stark walls while the menu is festooned with Greek favorites.   One of the restaurant’s masterpieces is a colorful drawing on a slate board by legendary Albuquerque (KOAT TV) weatherman Howard Morgan, one of the most beloved media members to ever grace New Mexico’s airwaves.  Weatherman Morgan passed away in 2021.  It’s comforting to see his art hanging on the wall.  Good or bad, no one delivered the weather with such a broad smile and happy countenance.

14 March 2022: If you show up for lunch craving something Greek, choices abound. Envious eyes will trail the wait staff as they deliver a Greek salad to your table.  Nestled on a bed of crispy leaf lettuce are stuffed grape leaves, hunks of feta cheese, lip-puckering pepperonici, plump and juicy Kalamata olives, fresh cucumbers, thinly sliced tomatoes and shaved gyros meat (an amalgam of lamb and beef), all drizzled with olive oil.  Wedges of warm pita bread on a plate complete this luscious salad.  My Kim constructs small gyros with the pita bread, gyros meat and feta cheese.

The Kalamata olives are among the best we’ve had in Albuquerque.  That makes sense because Andy Pandazis came from a village near Kalamai, Greece where the potent olives are grown.  Over the years he’s cultivated a network of suppliers who provide high quality products like these olives and the wonderful stuffed grape leaves (dolmas) infused with a pleasant citrus influence.  The dolmas are served cold–not to my Kim’s liking so they’re destined for my plate.

1 November 2018: More breakfast-like is the Athenian, an omelet engorged with feta cheese, spinach, gyros meat, tomatoes and onions.  This is one of the most flavorful omelets in town with each forkful delighting your taste buds.  Vic’s doesn’t scrimp on ingredients.  You’ll be surprised at just how much gyros meat each forkful will reward you with.  Wash it down with Farmer Brothers Coffee, a mellow breakfast blend replenished faithfully by the attentive wait staff.

Vic’s does a booming business for both breakfast and lunch, but Sunday is when getting a seat is most challenging, especially after the nearby mega church concludes its services.  Get there at about 1:15PM (45 minutes before closing time) and you shouldn’t have to wait…long.  Rather than perusing the menu while you wait, train your eyes upon the dishes destined for other diners.  It’s almost a guarantee that you’ll order something you see headed to someone else’s table.

21 April 2013: That approach is how we wound up ordering chicken tenders. My fifty-something friend and former Intel colleague Mike Muller considers chicken tenders a last great act of defiance against growing old. They’re one of his favorite dishes.   My Kim and I, on the other hand, tend to equate them with McNuggets, a nasty amalgam of sheer, shameful yuck.  When we saw large pieces of boneless chicken headed to an adjacent table, we knew these were not of the Golden Arches ilk.  Vic’s slices chicken breasts into strips and coats them with a very flavorful batter that renders the exterior crisp while leaving the chicken moist, tender and absolutely delicious.  They’re better than the fried chicken at most restaurants.  The chicken tenders are served with real mashed potatoes and gravy.

21 April 2013: While the nearby mega church may warn against coveting anything that is your neighbors, at Vic’s Daily Cafe it’s a daily occurrence.  Whether you call it covetousness or sheer lust, watching a plate of gyros make their way to your neighbor’s table will probably mean you’ll order gyros yourself.  It’s a good choice.  A large pita is the canvas for a thinly sliced beef and lamb amalgam, chopped tomatoes, red onions, lettuce and tzadziki sauce.  It’s a very good gyro with high-quality ingredients.  The gyros are served with your choice of one side.  Ask for the Greek pasta salad which is made with feta cheese, olive oil, Kalamata olives, tomatoes, cucumbers and pepperoncini.  It’s a winner.

26 June 2018:  The lunch menu is broken down into several categories: New Mexican Favorites, Daily Blue Plates, The Daily’s Burgers, Salads and The Daily’s Sandwiches.  There are nine burgers listed on The Daily Burgers including red-headed step cousin, the patty melt. All burgers and sandwiches are served with your choice of French-fried potatoes, Greek pasta salad, potato salad, garden salad, or cup of soup of the day.  All burgers are constructed from certified Angus beef.  The smallest burger (and it’s still a behemoth) is called “Just a Burger, Yea Right!.” Sarcastic..maybe. Delicious…yea!

My favorite among the Daily Cafe’s burgers is the Santorini which is named after a Robert Duvall movie. Oops, no, wait, that’s The Great Santini. Santorini is named after a Greek island where there’s no shortage of white paint and the teal Aegean Sea beckons.  The Santini…er, Santorini is constructed from a freshly-ground beef patty, cooked to order with garlic, Greek spices and a squeeze of fresh lemon, topped with feta cheese.  It’s a good burger, but not quite as good as another burger constructed with a more fetid fromage.  That would be the blue cheese burger.  Fortunately there’s a blue cheese burger on the menu, too.

26 June 2018: The New Mexican Favorites menu lists eleven items all served with beans, rice, lettuce and tomatoes.  Favorites is an apropos term.  That menu includes burritos, enchiladas, chili (SIC) rellenos, tacos, a tortilla burger and something called the S.O.B (South of the Border).  My favorite is the blue corn shredded beef enchiladas (with red or green chili sauce melted cheese, and egg of your choice) with an over easy egg.  Though the chile registers at “mild” by my personal Scoville scale, it did bring a “how can you eat that” reaction from my Kim who thinks I’m a masochist.  The shredded beef is roast beef quality and (not my imagination) includes gyros meat, a delicious surprise.  For rolled enchiladas, these are pretty good.

14 March 2022: “If we didn’t make them, we wouldn’t serve them” is Andy’s response should you ask if the pulchritudinous pastries encased under glass and the sumptuous strudel lounging on the counter are homemade.  Vic’s takes great pride in its dessert offerings, for good reason.  The banana cream pie is a little wedge of heaven…or at least Gilligan’s Island.  It’s thick, moist and absolutely delicious.  A word of caution, however, if you’re also going to have the superb cherry strudel (second only to the fabulous strudel at Dagmar’s Delectables in Rio Rancho) make sure to eat it before you eat the banana cream pie.  Otherwise the cherries will be lip-pursing tart.

When many Duke City residents wake up, the first thing they say to themselves in the morning is “let’s go to Vic’s for breakfast.”  Vic’s isn’t solely a breakfast destination.  The lunch menu is replete with comfort food favorites including several Greek entrees.  Whether for breakfast or lunch, Vic’s Daily Cafe can become a daily habit.