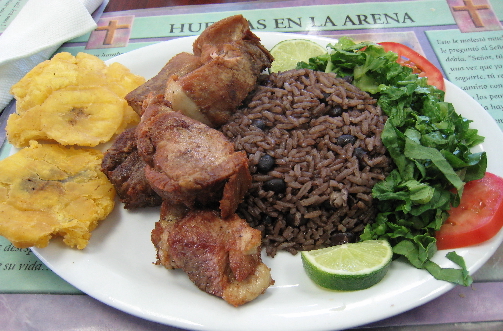 In a powerful expression of hope, frustration, nostalgia and introspection, the song Cuando Sali De Cuba reflects the heartfelt anguish and pain felt by every Cuban I’ve ever met who left their beloved Cuban homeland to escape persecution and oppression.

It’s the spirit of Jose Marti, often referred to as the “Apostle of Cuban independence” and renown in literary circles as perhaps the greatest Hispanic poet and writer of all time. Marti posited that “Like bones to the human body, the axle to the wheel, the wing to the bird, and the air to the wing, so is liberty the essence of life.”

National pride is alive in the heart and soul of all Cuban refugees, some of whom migrated to Albuquerque under the auspices of the Archdiocese of Santa Fe’s Catholic Charities Immigration Project. Though many Cubans have acculturated and become enterprising and productive United States citizens, the yen to someday return to a Cuba free of oppression and tyranny remains strong.

The only thing stronger is the desire for liberty. The quest for freedom is embodied by the ingenuity and entrepreneurial spirit of Cuban refugees who brave often treacherous waters in attempts to sail to the United States on homemade vessels.

That spirit is captured vividly at Don Yasmany Cuban Restaurant and Bakery. One of the first things you can’t help but see upon entering is a poignant image of Cuban refugees treading dangerous seas under the protection of Mother Mary. It may give you pause to reflect on the tremendous price some people are willing to pay for the freedoms Americans often take for granted.

There is a lot of national pride evident in the full-service Cuban restaurant Jose Hechavarria launched in 2006. A flag depicting El Castillo del Morro with the slogan “Viva Cuba Libre” hangs on one wall while framed Cuban currency decorates another. The placemats on each table feature the inspirational prayer “Footprints in the Sandon one side with the Spanish translation “Huellas en la Arena” on the other.

A small wall hanging reads “Live Well, Love Much, Laugh Often,” a motto that also reflects the attitude of so many people you would think might not have that much to laugh about. There are few people who love and live life as fully as Cubans.

Cubans also have a passion for good food. Cuban cuisinecombines elements of traditional Spanish cooking with foods indigenous to the Caribbean. It is primarily peasant food in the best and most respectful sense of the word. The aforementioned Jose Marti once wrote “We light the oven so that everyone may bake bread in it. If I survive, I will spend my life at the oven door seeing that no one is denied bread and, so as to give a lesson of charity, especially those who did not bring flour.”

Though Marti meant this as social commentary, the sentiment is reflected by the portion sizes at most Cuban restaurants. No one goes hungry at a Cuban restaurant. That holds true of Don Yasmany.

Cubans have indeed been baking bread for many generations. It is one of the hallmarks of their cuisine. Cuban bakeries are renown for pastelitos (little pies) which can be filled with sundry ingredients. The masa for Don Yasmany’s breads is shipped from Miami and the baking process is finished here.

The appetizer menu at Don Yasmany features several pasteles, most filled with fruits. The three pictured above are a pastel de carne (meat pie), pastel de guava (guava filled pie) and a pastel de coco (coconut filled pie). Though each pastel is slightly different, two commonalities are also evident. The first is that each pastel is baked with an almost puff-pastry flaky crust. The other is their sheen, perhaps created as a product of an egg white brushing.

Beverages include several Cuban cafes. To Cubans, a cafe is a prominent cultural and social activity and it is said that there is no such thing as unsweetened Cuban coffee.

If your tastes lean more toward milkshakes, the menu includes various batidos, the traditional tropical fruit milkshakes. Choices include guayaba, mango, platana and chocolate. As with the coffee, Cuban milkshakes tend to be somewhat sweeter than even their American counterparts. They also tend to be served colder and with more pronounced fruit flavor derivations.

Roasted pork is considered a Cuban specialty often served during holidays or special celebrations. Every day is special at Don Yasmany because roasted pork is available Monday through Saturday (the restaurant is closed on Sunday).The roasted pork is fork tender with a crispy skin and moist meat inside. This dish is accompanied by a small salad, black rice and black beans and tostones (fried plantains). Plantains are a staple food throughout the Caribbean and are as common in Cuban meals as potatoes are in American meals. When unripe, plantains have a neutral flavor and texture contrasted to their dessert quality sweetness when ripe. Tostones are definitely not sweet.

The fried plantains pictured above are definitely dessert quality sweet. The best fried plantains are actually fried when just overly ripe. That’s when they’re at the prime of sweetness and have addictive properties.

One Saturday special at Don Yasmany is the Fricase de Puerco (pork fricassee) which pork shanks are braised in a light and well seasoned tomato based sauce. The pork is tender and falls off the bone easily. It is also one of the best versions of this dish I’ve had.

Nearly every sandwich restaurant throughout the fruited plain now seems to include a Cuban sandwich in its sandwich repertoire. It stands to reason that the most authentic–and best–Cuban sandwich would be made in Cuban restaurants.

This Cuban sandwich isn’t an overstuffed American imitator; in fact, it’s waifishly thin by American standards. The Cuban bread has that customary golden sheen. Two bread slices encase slices of roast pork, ham, dill pickles and melted cheese with a mayo spread. It is, as it well should be, one of the two or three best Cuban sandwiches in Albuquerque.

The menu at Don Yasmany includes daily specials arranged by day of the week with other entrees, drinks, appetizers and desserts available every day. Every day at Don Yasmany is a special day.