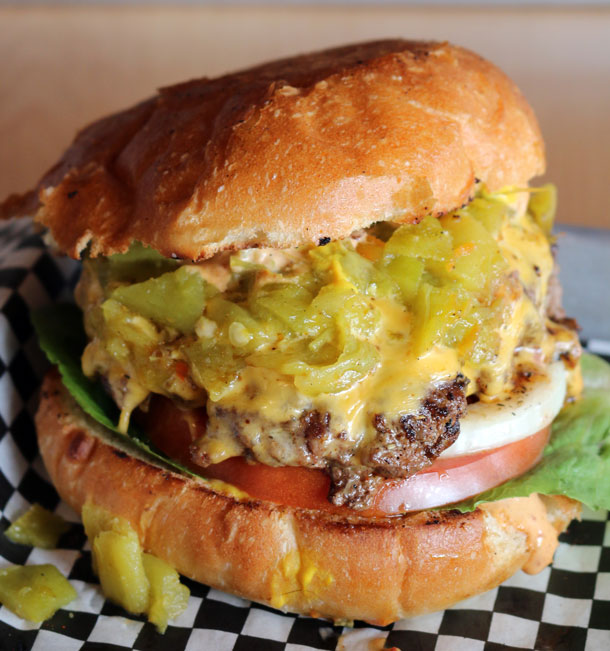 Pop culture’s most famous exemplar of teenage angst may have been Napoleon Dynamite, a socially awkward daydreamer constantly tormented by bullies. Napoleon frequently lamented his ineptitude: “I don’t even have any good skills. You know, like nunchuck skills, bow hunting skills, computer hacking skills. Girls only want boyfriends who have great skills.” Napoleon’s best friend Pedro, on the other hand, possessed skills Napoleon coveted: “Well, you have a sweet ride. And you’re really good at hooking up with chicks. Plus you’re the only guy at school who has a mustache.”

In a previous review I bemoaned my lack of skills in the manly art of grilling (though not nearly as much as my dear Kim bemoaned my having ruined thousands of dollars of meat, fish, poultry and vegetables). Despite voracious absorption of the collected works of Bill and Cheryl Jamison, America’s foremost grilling and smoking gurus, my grilling skills are probably not even at the equivalent of Napoleon’s nunchuck skills. It got so bad, my saintly Kim confiscated my treasured “kiss the chef” apron (which admittedly I set afire numerous times).

Unlike Napoleon who doggedly persisted in his indefatigable efforts to develop skills, I’ve finally come to the conclusion that you either have them or you don’t…and if you have skills, you can ply them virtually anywhere. How else can you explain all the virtuosos and prodigies who coax sheer, unbridled deliciousness in the motorized conveyances we not long ago chided as “roach coaches?” The food truck revolution has unleashed upon the fruited plain, a phalanx of peerless purveyors of the gourmet arts. These folks have mad skills.

Rather than envy them, it’s been my multi-year obsession to explore strange new dining opportunities, to seek out new eateries in all forms, to boldly dine where I haven’t dined before. Food trucks are indeed the final…or at least, the next frontier. Several of them undertake a weekly voyage to Talin, the largest international grocer in the Land of Enchantment. There they congregate in pods, converging in the sprawling parking lot every Wednesday at around high noon. Diners were preternaturally drawn (in a sort of pied piper fashion) to Rustic: A Divine Food Truck. That is until December, 2015, when Rustic metamorphosed from the Alibi’s 2015 “Best of Burque” award-winning best food truck to a “steel and mortar” restaurant now dishing up its burgers at the Green Jeans Farmery.

Located on the community-oriented commercial plaza constructed entirely with repurposed shipping containers as modular, architectural building blocks, “Rustic: A Divine Food Truck” became “Rustic On the Green.” The transformation meant a larger space–albeit still under 500-square-feet–in which bounteous, bodacious burgers you’ll love are prepared and served. Rustic On The Green bears more than a passing resemblance to gymnasium concession stand. After placing your order at a counter, you’ll saunter over to your choice of several indoor and outdoor seating areas, none attached to a restaurant (although some seating areas are on the roof of the restaurants they serve). Your burger will be delivered in a few minutes.

In the Fall of 2017, Rustic launched a real brick and mortar operation, taking over the space vacated by Pete’s Frites on Central Avenue in the Nob Hill district. Optimism ran high that despite the chaos, confusion and calamity wrought by the Albuquerque Rapid Transit (ART), Rustic Star would become a destination restaurant among burger aficionados. Alas, owner Kelly Adams confided that on some days, crowds pack the 1,400 square-foot-space, but on other days, business is very slow. Attribute some of that to Nob Hill’s “challenging” parking situation. Perhaps when the rapid transit system is actually operational, riders will trek to Rustic Star for some of the very best burgers in the city.

My introduction to Rustic’s behemoth burgers was at Rustic: A Divine Food Truck, then parked at Talin. Perhaps it was divine intervention or (more likely) the enticing aromas emanating from Rustic’s mobile kitchen, but I found myself ignoring other food trucks and queuing up with the teeming masses yearning to be fed burgers. You might think it wouldn’t take much deliberation or time to choose from among only four burgers on the menu. You’d be wrong. Each of the four burgers is constructed from freshly ground chuck, local Fano brioche buns and a creative array of ingredients which ostensibly go very well together. Burgers are always made to order. The alluring aromas come standard.

20 September 2018:  While aromas sometimes belie flavor, The Sacred (Angus chuck patty, New Mexico green chile, American cheese, Romaine, tomato, onion and mustard on a toasty brioche bun) is everything the precursory aromas promised it would be.  The Sacred is Rustic’s version of a green chile cheeseburger,  a beefy behemoth with a lot of flavor and a pleasant piquancy. Even though the beef patty is thick, juicy and nicely seasoned, it doesn’t obfuscate the piquancy and roasted goodness of the green chile. The interplay between the smoky, fiery chile and that beef is a mouth-pleasing experience you’ll want to repeat. The Fano brioche bun is hard-pressed to hold in all the moistness without falling apart on your hands.

11 February 2016: As enjoyable as partaking of food truck fare can be, not every one of Albuquerque’s 310 days of sunshine per year are ideal for ordering and eating outdoors. That makes the experience at the Green Jeans Farmery much better. Indoor seating means you won’t be buffeted around by spring winds, or worse, have dust (a poor condiment) blow onto your burger. Burger deities intended for the Divine Intervention to be enjoyed in optimal conditions so that your focus can solely be on the harmonious mélange of ingredients that make this an award-winning burger. While the combination of bleu cheese and caramelized onions has been done ad-infinitum, Rustic’s Balsamic reduction converts the flavor profile of the caramelized onions from sweet to tangy-sweet, a nuance that works very well. The bleu cheese is sharp and pungent enough to wreck your breath for a while, but offending someone is a risk burgerphiles will take. The Divine Intervention is indeed divinely inspired.

20 September 2018: Fittingly, offered with Rustic’s burgers are four types of French fries which my friend Captain Tuttle has described as “AMAZING.”  That’s amazing with capital letters for emphasis.  Available for a pittance extra are standard (but amazing) fries, sweet potato fries, con queso fries and Italian fries.  The queso on the con queso fries is a bit on the thin, runny side (similar to ballpark nacho cheese), but the chile makes up for any of the queso’s deficiencies.  The chile isn’t bashful.  It’s got a bite that enlivens the thin fries.  Scallions and chopped tomatoes make this melange sing.  Amazing, indeed!

In its annual Food & Wine issue for 2017, Albuquerque The Magazine awarded Rustic on The Green a Hot Plate Award signifying the selection of its Rustic Burger as one of the “dishes…that’s lighting a fire under the city’s culinary scene.” Considering the thousands of potential selections, to be singled out is quite an honor. Whether mobile or stationary, the talented crew at Rustic On The Green prepares some of the very best burgers in the city.