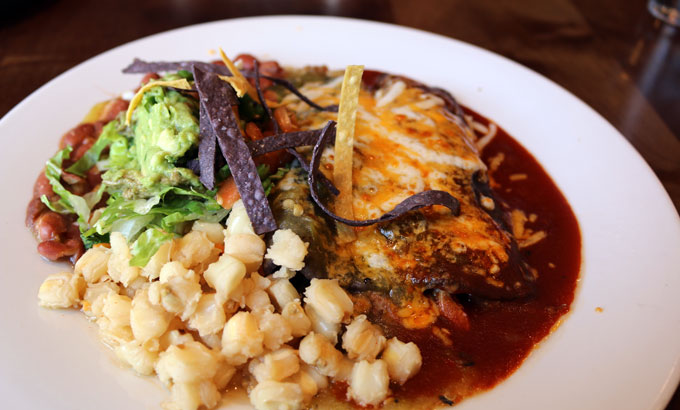 Between the years 2000 and 2014, The Taos News had the prestigious distinction of being named the best weekly newspaper in the United States by the National Newspaper Association. Although the most famous words in American journalism–“all the news that’s fit to print”–don’t grace its masthead, The Taos News has fairly and objectively reported news of events and personalities that seemingly can exist only in Taos county. Readers like me marveled at the periodical’s ability to refrain from punchline-pocked cynicism when, for a couple of years, three topics perhaps more appropriate for Jerry Springer or The National Inquirer ostensibly dominated the front page.

One topic was the dysfunctional shenanigans of the Questa school board, the behavior of whom warranted a state-mandated suspension. Another was the hubris and arrogance of the five-member Taos County Commission who, despite a spate of unpopular decisions, thought enough of themselves that they named three new buildings in their own honor (so Bill Richardsonesque). The third topic which graced The Taos News repeatedly was that Commission’s refusal to issue a beer and wine license for Old Martina’s Hall in Ranchos de Taos, an absurd, self-serving drama that dragged on ad-nauseum. Obviously the second and third most news-worthy topics were interrelated, not an anomaly in a county historically replete with nepotism.

If that diatribe seems a bit rancorous toward Taos County, it’s not intended to be. Taos County has always been a quirky and special place, albeit long in patience and tolerance with duplicitous political wrangling. In 1981, Merilee Danneman wrote a book entitled Taos by the Tail, a collection of columns she wrote for The Taos News from 1974 through 1979. In her “nostalgic look back at a magical place in a time long ago,” Danneman attributes “everything I need to know about politics” to the Taos County Commission. It’s neither comforting nor funny to see that while the players have changed, political dynamics in Taos County remain the same. It’s the way it is and has always been in Taos County.

By denying a beer and wine license on the grounds of Old Martina’s Hall proximity to the San Francisco de Asis Church, perhaps the County Commission thought themselves to be taking a higher moral ground than previous Commissions. Factors such as precedence and history didn’t seem to matter to these paragons of virtue. You certainly didn’t see any “excuse me while I save the world” righteous indignation on the part of previous Taos County Commissioners who, for generations, allowed the edifice to serve as a rowdy dance hall (and venue for Dennis Hopper’s wild parties).

Old Martina’s Hall dates back to 1790, predating the San Francisco de Asis Church by a quarter century. Sitting directly across the street from the Church made famous by the paintings of Georgia O’Keefe and the photographs of Ansel Adams, the stately adobe structure had fallen into disrepair and appeared ready to return to the dirt from which it was built. That’s when an unlikely benefactor stepped in. German cosmetic manufacturer and visionary entrepreneur Martina Gebhardt had visions of restoring the historic dance hall to its halcyon days as a community treasure, a milieu which had long served as the site of weddings and community gatherings.

Martina spent more than two-million dollars renovating the long-derelict Old Martinez Hall, transforming the crumbling Pueblo Revival building into an enchanting edifice with massive adobe walls and stout viga-and-latilla ceilings. Though her efforts weren’t universally appreciated, she persevered and after years of contentiousness (and the antics of the Taos County Commissioners), Old Martina’s Hall reopened in 2012. Renaming the venerable structure from Old Martinez Hall to Old Martina’s Hall was a small concession for restoring an important historical center of community life.

The new Old Martina’s Hall is a magnificent structure inside and out, a perfect complement to the Spanish Colonial church across the street. Imposing and stately from the outside, it’s a breath-taking experience at every turn when you step inside. The front room is a combination bar and dining room with light and dark wooden accents throughout. Bright lights stream into the main dining room where you’ll want a seat by the window facing the Church. The capacious dance hall is a splendid venue for dinner and a show or dinner and dancing. New Mexican art, including contemporary and venerable weavings, festoons the walls.

Lunch isn’t quite as elaborate (or expensive) and the menu is somewhat abbreviated, but you’re bound to find something exciting…and the accommodating wait staff may even allow you to order something from the breakfast menu. For the calorically conscious diner, the Healthful Minded Fruit Plate (seasonal fruit served with Greek yogurt, housemade granola and honey comb) is a good choice. Unlike so many yogurt-granola dishes, this one isn’t rot-your-teeth-sweet. That’s courtesy of the Greek yogurt which is somewhat thicker and more sour than other yogurt. Because it’s so sour, the contrast with the sweetness of fruit tends to be more pronounced. A bit more granola would make this dish even more enjoyable.

Surely New Mexican colonials were no strangers to duck, but it seems that only relatively recently has duck been widely incorporated in New Mexican dishes. Though not as traditional on New Mexican entrees as are other proteins, duck certainly lends its unique and delicious flavor profile to any dish in which it’s used. The duck enchiladas at Old Martina’s are superb! Rolled blue corn tortillas are engorged with a generous amount of moist, flavorful duck and slathered in your choice of red or green chile (ask for both) unadulterated by cumin. Both the red and green chile have a pleasant, but not incendiary, piquancy. Melted white and yellow Cheddar lends a salty richness to the dish while the posole and whole beans are wonderful accompaniment. A small dollop of guacamole leaves you wanting more. Frankly, a bit more of everything served on this plate would have been more than welcome.

Desserts are far from standard fare as you’ll see when your server ferries them over to your table. Next to deciding which Taos County site you’ll visit next, determining which one to order may be the hardest decision of your day. I couldn’t even default to my usual choice–ordering something I’ve never previously had–because several dessert items fit that criteria. Ultimately it took a coin flip to settle on the pumpkin-pecan tart, a miniature pie-shaped pastry resembling pecan pie. Pecans and pumpkin go surprisingly well together, a melding of diverse flavor profiles that serve as flavor and textural foils for each other.

If walls could talk, the massive walls at Old Martina’s Hall would probably sing out with alacrity as they once again play witness to family functions and celebrations Taos County-style.