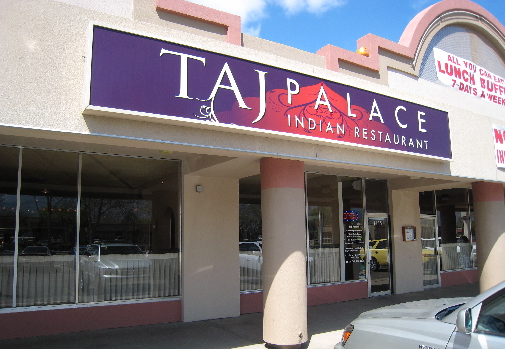 Indian cuisine is one of the world’s most diverse and sophisticated cuisines, fashioned over time by ancient traditions, diversity of religion, climatic variety and the influence of neighboring countries.  It is so diverse, in fact, that the characterization “Indian cuisine” would be wholly inaccurate. There are more Indian cuisines than there are regions in this ethnically diverse subcontinent comprising 17.5 percent of the world’s population.

While categorization by geographical region–North Indian, South Indian, East Indian and West Indian–is prevalent, such groupings are at least partially exclusionary of cuisines whose basis is religious, especially the Hindu and Muslim faiths.  One of the great things about being an aficionado of Indian cuisine is that we can appreciate both its tremendous diversity and the unifying threads that make it one of the world’s great cuisines. One commonality is the wide range of spices which produce its inimitable aromas and flavors.

Indian restaurants have long graced the Duke City dining scene, albeit in relatively small numbers compared to restaurants of other ethnicities.   A commonality among most Albuquerque Indian restaurants is the ubiquitous presence of the buffet. Buffets are more responsible for introducing diners to Indian cuisines than any other factor. This is evidenced by Duke City diners voting their appreciation for Indian buffets during annual “best of” polling.

Unfortunately, longevity has been a problem for Indian restaurants and closures–based largely on insufficient diner patronage–hit aficionados especially hard. When a city only has a handful of restaurants of a type and one closes, it’s like the loss of a good friend.  That’s how Duke City residents throughout the city felt when the beloved Bombay Grill closed its doors in the early months of 2008. Never mind that the Cottonwood Mall area restaurant pleased our palates for fewer than four years; its impact was significant and its closure heartfelt.

Not long after the Bombay Grill closed its doors for good, another Indian restaurant was getting ready to launch on Albuquerque’s east side. The Taj Palace is located in a strip mall on the corner of Eubank and Constitution, housed in the same space that in previous years housed Damon’s Fine Cuisine, Vincenzo’s Italian Kitchen & Pizzeria and Lo Stivale.

The Taj Palace offers a lunch buffet seven days a week, the desired affect being that customers will enjoy the buffet enough to order off the menu for dinner. If the smorgasbord we enjoyed during our inaugural meal is any indication, Duke City diners will flock to the Taj.  Mind you, there are several drawbacks to buffets that make it difficult to truly assess the quality of the product. Dishes tend to sit in serving trays with poor temperature control and may become dry and lukewarm. Despite these expected downsides, the Taj buffet offers several pleasant surprises.

The saag paneer is one of them. Saag is a spinach and mustard leaf based and mildly aromatic curry dish which contains a non-melting, salt-free “farmer’s cheese” called paneer. In most indian restaurants, this combination is usually pleasant enough but not especially memorable.  At the Taj Palace, the saag paneer has a wonderful piquant flavor–not the kind of piquancy that will burn the back of your throat, but rather an enjoyable spiciness that lets you know it’s there in an addictive fashion.

The aloo beans are similarly piquant with the genesis of their heat coming from red chili powder. If you’ve never had aloo beans, you’re in for a treat. Aloo actually refers to potatoes, but the starring attraction on this dish are the string beans which are cut about medium in length. This nicely spiced dish also includes cinnamon, curry, coriander, mustard seeds and other ingredients in proportions that render the dish not quite incendiary, but hot enough to get your attention.

Another pleasant surprise and (according to the wait staff) the only Southern Indian item on the menu is sambar, a vegetable and pea based dish seasoned with seventeen different spices including tamarind and chili. Sambar is salty in an almost briny sort of way, but it makes an excellent chutney for use with naan.

Naan, of course, is the wonderful Indian flatbread I may be disowned for saying is as good as or better than New Mexican tortillas. The buffet includes complementary tandoori baked naan brushed with ghee, a clarified butter. Dip it into chutney or use it to scoop up other items on the buffet, but either way, it’s a treat.

The beverage of choice at many Indian restaurants is mango lasse, an addictive mango pulp and yogurt based drink that will quench your thirst with the same satisfaction you’d receive from a decadent dessert.  Mango lasse is not quite as thick or sweet as a milk shake and in terms of consistency may more resemble a smoothie. It’s served with cubed ice, but is never served teeth-chattering cold.

The menu features several desserts, including pista kulfi , a housemade Indian style ice cream flavored with pistachios and cardamom. You can also ask for a portion of half pista kulfi and half mango ice cream.  Indian ice cream tends to be somewhat more coarse than American ice cream and not nearly as smooth, creamy and rich. It’s also served very cold. At the Taj Palace, the ice cream is quartered into odd sizes.  The mango ice cream is far superior than its cardamom counterpart. It tastes, in fact, like a frozen mango lasse drink and is quite good.

In its annual “Hot Plate Awards” edition for 2019, Albuquerque the Magazine bestowed a well-deserved award to the Taj Palace for its “hot chicken.”  “It takes precision, quality and a certain unique flair to earn a Hot Plate Award” and the chicken makhani has “shown all those traits, and then some.”

Every first visit to an Indian restaurant should be to its buffet–and if the buffet captures your fancy, order off the menu during subsequent visits. Menu items don’t have the temperature issues inherent with buffets. Ordering off the menu also allows you to focus singularly on the sublime flavors and intoxicating aromas that make Indian cuisines among the world’s best without the taste and smell confusion of five or six dishes on one plate.