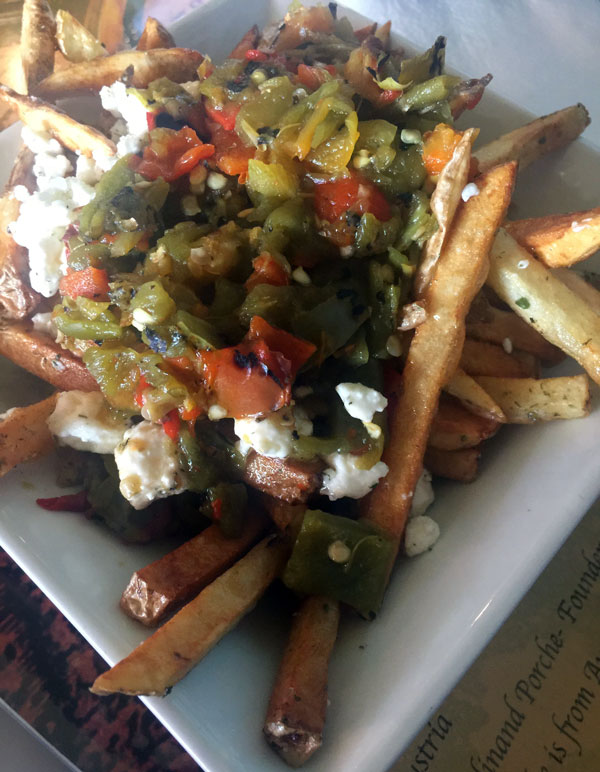 During a 1996 episode of Seinfeld, George Costanza, a self-proclaimed “short, balding, unattractive man” made the mistake of telling his fiancee he wanted to name his child “Seven” after his idol Mickey Mantle. To George’s chagrin, his fiancee’s cousin liked the idea so much she decided to name her own child Seven. Even as the cousin was being wheeled by an orderly into the delivery room, George tried in vain to convince her to name the child something else. Six, Thirteen, Fourteen, even…Soda. “it’s bubbly, it’s refreshing!,” he cried.

When Chef Akio told us of the birth of his son just a day before our inaugural visit, we had to ask him if he’d be naming his son “Seven.” Obviously understanding the reference, he laughed and told us his son’s name would be Isaiah. The only seven in his family is the uniquely spelled “Kitchen Se7ven” he named his restaurant. If you’re looking for signage to guide you to his restaurant, you won’t find any. Kitchen Se7ven is located within the Kaktus Brewing Company on the western fringes of Nob Hill and eastern extremities of the University of New Mexico…you know, that weird corner bordered by Central to the South, Girard to the west and Monte Vista to the east.

Kaktus has undergone a significant transformation since our last visit in January, 2016. The make-over added better functional space and a pleasant aesthetic to the space which previously housed Amore Neapolitan Pizzeria and before that Bailey’s on the Beach. Both halves of the 2,400-square-foot space are, in fact, suitable to dining and include a bar you can belly up to. Then there’s an expansive rooftop patio that offers exquisite city views as well as spectacular sunset panoramas.

The best seat in the house is the one closest to Chef Akio who’ll happily answer all your questions about the menu he describes as “San Francisco meets New Mexico.” The Chef relocated from ‘Frisco to the Duke City so that he could help his siblings take care of their elderly parents. Albuquerque’s gain! Chef Akio is a personable gentleman with a great sense of humor. He cares very much that you have a good dining experience and is happy to let you sample the sauces that enliven his culinary fare. His kitchen isn’t much bigger than a child’s time-out corner, but he coaxes amazing flavors out of the imaginative ingredient combinations he employs.

The menu is relatively limited–chicken sandwiches, burgers, wild game links, salads, wings, fries and nachos, bison and veggie chili (the Texas kind) and pizza. If you visited Kaktus before the menu concept was revamped, you’re already familiar with the inventive pizzas in such original options as red pumpkin-veggie and wild spicy elk. Sandwiches and burgers are served with your choice of house fries, chips and salsa or a side salad. If you opt for fries, insist on Kaktus’s fantastic curry ketchup which improves the flavor of everything with which it comes into contact. You’ll want to take home a bottle (or seven) of this ketchup.

Even if you don’t order a sandwich or burger, the menu includes four different fries options: dragon fries (spicy kimchi, Cheddar cheese, bison chili and secret sauce), truffle Parmesan fries, garlic Parmesan fries and Greek fries (sea salt, feta, oregano, olive oil and vinegar). My friend and frequent dining companion Bill Resnik asked that his Greek fries be topped with green chile, a Greece meets New Mexico idea that works very well. The green chile has a pleasant bite-you-back quality that counterbalances the sharpness of the feta nicely. Even unadorned, the fries would be among the very best in the city. They’re hand-cut and firm with just enough salt.

For the first time in memory (probably ever), my entree was nachos. No, not ballpark nachos with their gloppy cheese and soggy chips. Kitchen Se7ven offers two nacho options: Bison Nachos (bison chili and Cheddar) and Rumor Nachos (green chile, Cheddar cheese, spicy kimchi, grilled chicken, crumbled bacon, a dollop of sour cream and secret sauce). It’s no rumor. The Rumor Nachos are fantastic–some of the very best nachos in this town. What makes these nachos special is the harmonious interplay of so many complementary ingredients. The incendiary green chile and spicy kimchi, for example, counterbalance the secret sauce which brought to mind a combination of spicy mayo and the sweet sauce used in sushi restaurants on unagi (freshwater eel). Similarly, the bacon enlivens the grilled chicken. The chips are fresh, crisp and served warm with a side of salsa on the side.

Kitchen Se7ven is yet another exemplar of a small restaurant offering big flavors. Chef Akio’s San Franciso meets New Mexico concept is unique and not to be missed.