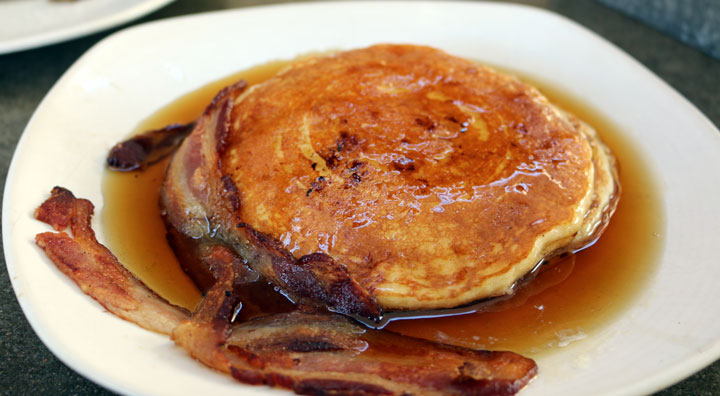 Irish playwright George Bernard Shaw is widely credited with the aphorism “England and the United States are two nations divided by a common language.” My Kim and I had no idea just how different the Queen’s English is from the English spoken by the colonists until we were assigned to Royal Air Force Fairford. As part of the newcomers orientation, we were required to attend a course in which those vast differences were explained. Many of those differences were rather comedic, but we were warned, “if Yanks aren’t careful, we could perpetuate the dreaded “ugly American” stereotype widely held in some parts of Europe.”

We learned, for example, that if an American serviceman walks up to an English lady and introduces himself with “Hi, I’m Randy,” he’s likely to get slapped in the face. Randy has an entirely different connotation in England where it means “frisky.” Similarly, we were instructed that if we were to hear an English citizen declare “I’m going to suck on a fag,” we shouldn’t take offense or feign being shocked. It actually means he or she is going to smoke a cigarette. For us, the term “shag” described a cheesy carpet found in the back of a van. In England, shag is a verb which (as Austin Powers later taught us) meant “to have sex with someone you don’t know.

As we discovered over time, a one-hour course isn’t going to cover everything. For example, a friend of mine coaching a youth soccer team once told the English mother of a promising player “your son has a lot of spunk,” a statement she found extremely offensive. My friend couldn’t understand her agitation until someone explained that in England “spunk” actually means er, uh…you’d better look it up. I experienced a more harmless misinterpretation after asking a grocer where I could find napkins (for wiping hands and face) and was directed to the feminine products aisle.

Two of the terms we found perplexing (until we figured them out–long before Michael Myers introduced the terms on Saturday Night Live) were “cheeky” and “cheeky monkey.” Cheeky means “disrespectful in speech or behavior” and a “cheeky monkey” is someone who acts in a way which shows they don’t take a situation seriously; they’re monkeying around.” We had thought cheeky was an adjective to describe the posterior (derriere, buttocks or booty, if you prefer) and wondered why mothers would refer to their children as “cheeky monkeys.”

When restaurant impresario Tara Lazar was asked why she would name her uptown Palm Springs restaurant “Cheeky’s,” she replied “obviously, because I’m a smart-ass.” That irreverence is only one of the reasons Cheeky’s is widely considered the very best restaurant for brunch in the Palm Springs area. It’s reflected in an avant-garde menu so unlike the menu at other area restaurants which have held on to the past seemingly because to do otherwise would be to tarnish the era of Frank Sinatra, Cary Grant and other denizens of the desert. It’s even reflected on the shirts in which wait staff are attired–shirts which depict monkeys monkeying around, doing what monkeys do.

Cheeky’s has a no reservations policy. It’s strictly first-come, first-served. Place your name on a list and wait. For fifty-minutes in our case. We generally don’t want more than ten minutes, but any restaurant for which hungry patrons queue up in uncharacteristically cold sixty-eight degree weather at nine in the morning, bears exploring. Our debonair dachshund The Dude didn’t mind. He held court for his many admirers, some of whom had come even further than we had to partake of this unique brunch restaurant. Others were locals who regaled us with their gushing tales of Cheeky’s unbelievable brunch entrees.

Cheeky’s is open from Wednesday through Monday and only from 8AM to 2PM, serving breakfast all day and lunch after 11:30AM. The menu is changed weekly which might mean if you fall in love with a dish, it may not be available the next time you visit. The breakfast menu is a bit irreverent, too. Departures from the conventional aren’t wholesale (no deep fried chicken feet parmigiana, for example (thank you, “8”)), but you will find many of the “usual suspects” aren’t prepared the way you’re used to having them. Buttermilk and fresh corn pancakes, for example.

One “must have” item according to the coterie of Colorado travelers we befriended on line was the flight of bacon. It’s similar to a “beer flight” in which a number of small beer glasses are presented to cerevisaphiles, each holding a different beer. A flight of bacon is worthy of an Erica Jong novel as it would cure any fear of bacon you might have. Our flight–five strips of beauteous bacon–consisted of Beeler Apple Cinnamon (Rachael Ray’s favorite), Eggnog (it was Christmas season, after all), Buttered Rum (ditto), Jalapeño (with a pronounced bite) and Nodines smoked (from Connecticut). All were quite good, but for our money, the honey-chile glazed bacon from Albuquerque’s Gold Street Caffe remains the undisputed, undefeated champion bacon of the world.

Our server’s most enthusiastic recommendation was for Cheeky’s duck confit hash with white Tillamook Cheddar, mushrooms, potatoes and two poached eggs. The duck confit (cooking the meat at low temperature in its own fat) alone made this hash different. What made it special was the mellifluous melding of ingredients. This wasn’t a thrown-together jumble of stuff. It was a contrived attempt to put together several items that go well together, very much reminiscent of French preparation. Success! This was easily the best hash dish we’ve ever experienced though the little devil over my right shoulder persisted “if only it had a bit of green chile.”

My Kim isn’t always as willing to take as wide a departure from her favorites as her mad scientist of a husband. There’s no way, I thought, she won’t send back scrambled eggs that aren’t crispy on the bottom–despite the menu forewarning of “custard” scrambled eggs. Custard scrambled eggs are much more “creamy” and soft than conventional scrambled eggs. To the uninitiated they may even appear underdone. Call these eggs decadent, absolutely delicious and addictive with cheesy notes reminiscent of Southern cheese grits. The custard cheesy scrambled eggs are served with maple sausage (or three slices of bacon) and Deb’s cheddar scone. The scone is magnificent–light and flaky yet substantial and beckoning for the housemade strawberry jam.

Though we both ordered an entree, there was no way we could pass up sharing the buttermilk and fresh corn pancakes, the type of savory and sweet entree we love. On reflection, we agreed the combination is a natural. Corn may be a vegetable, but it’s got glorious sweet notes that should marry well with pancakes and the Vermont maple syrup on our table. The corn didn’t make just a perfunctory appearance on the pancakes. It was plentiful and it complemented the syrupy, buttery buttermilk pancakes very well. My friend Bruce “Sr Plata” Silver would love these pancakes, easily some of the best we’ve ever had.

England and the United States are indeed two nations divided by a common language, but Cheeky’s is a great unifier, bringing together breakfast and lunch items together in a spectacular manner. Cheeky’s is a wonderfully irreverent restaurant.