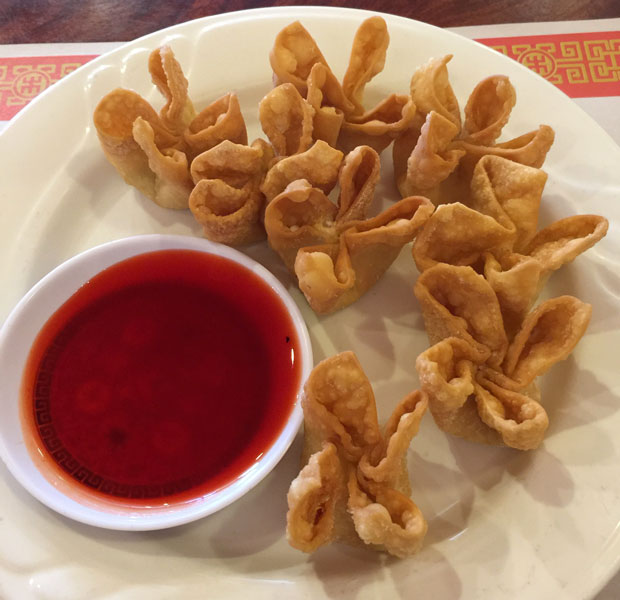 Let’s get one thing straight. General Tso’s chicken is not some weird cold war Chinese one-upmanship response to Colonel Sanders’ Kentucky Fried Chicken. In other words, China did not deliberately seek to outdo the United States by creating a chicken dish and naming it for a General, a rank superior to the rank of Colonel. Not even close! Back in the early 50s, Colonel Harlan Sanders actually did create a revolutionary way of preparing poultry (pressure fried, eleven herbs and spices, yada, yada, yada). General Zuo Zongtang (romanized as Tso Tsung-t’ang), on the other hand, did not create the dish named for him. Nor did he ever eat it. In fact, he never even heard of it. It wasn’t even invented in China…or at least, not in mainland China. So, just who was General Tso and why does America love his chicken?

General “Tso” was a war hero who expelled thousands of rebels from China during its fourteen year civil war. It could be said the rebels turned chicken and ran, but that’s about as close as the General ever got to the battered and sauced chicken dish bearing his name. If anything, you can credit another Chinese leader, the infamous Chairman Mao Zedong for being the inadvertent catalyst behind the invention of the dish (and who would want to name a dish for him). When Mao ascended to chairmanship of the Chinese Communist Party, many of the classical chefs who had served the court fled to Taiwan. Among them was Chef Peng Chang-kuei who became a successful restaurateur in his adopted homeland. In the 1950s, Peng created a dish he named in honor of General Tso.

When immigration laws in the fruited plain were relaxed, enterprising Taiwanese chefs brought with them Chinese dishes theretofore unknown in the United States. Many of them were radical departures from stereotypical Chinese-American dishes (such as chop suey) popular at the time. Among the captivating new dishes was General Tso’s chicken which was “Americanized” to suit native palates. Over the years it has done more than just suit American palates. It’s become one of the most popular of all “Chinese” dishes and is served in Chinese restaurants throughout the fruited plain though it’s not necessarily prepared exactly the same way from one restaurant to another.

After watching “Hunt For General Tso,” a hilarious TED talk by Jennifer Lee (author of The Fortune Cookie Chronicles), inexplicable cravings began gnawing at me for this most mysteriously named of Chinese dishes. But where should my cravings be sated? Would it be one of my tried-and-true favorites Budai Gourmet Chinese, Ming Dynasty or Chopstix, all of whom would undoubtedly serve me a delicious version of the dish? Then it hit me. Why not try a restaurant I’d never before visited? Why not try the Rising Star Chinese Eatery, the most popular Chinese restaurant in the Land of Enchantment?

Who says it’s the most popular Chinese restaurant in New Mexico? 24/7 Wall St., a financial news and opinion company with content delivered over the Internet, says so. According to the internet media presence, there are approximately 41,000 Chinese eateries across the fruited plain. “In recognition of Chinese cuisine’s proud place in the American culinary tradition,” 24/7 Wall St. created a list of the most popular Chinese restaurants in each state. Employing criteria as complicated as Chinese logograms and which included Yelp reviews as well as dozens of restaurants reviews, polls, and other internet sources, the best from among the Land of Enchantment’s 166 Chinese restaurants was deemed to be Albuquerque’s Rising Star Chinese Eatery which has an average Yelp rating of 4.5 stars.

If you’ve never heard of or visited Rising Star, you’re not alone. Despite favorable reviews from both Albuquerque Journal and Alibi critics, not everyone has had a reason to visit the San Antonio Drive area just west of Wyoming. It’s a very nice neighborhood, but not necessarily centrally located–and it’s not (yet?) a dining destination as it has very few options. One of them, Taco Shel is in the same nondescript strip mall as Rising Star which itself occupies a space in which another Chinese restaurant previously resided. Rising Star is family owned and operated. Like the creator of General Tso’s chicken, the owner came from Taiwan and has more than three decades in the food industry. Rising Star has been serving Duke City diners since 2014.

As with so many Chinese restaurants across the city, Rising Star follows a pretty standard template that includes a lot of food for very little cost. For both lunch and dinner, a number of combination meals are available for several dollars less than you’d pay for an appetizer alone at other restaurants. Lunch and dinner combinations are served with your choice of rice (with noodle substitution for a pittance), soup and an egg roll. Should you care to explore the menu and order something other than the combination plates, you’ll find a phalanx of options: appetizers, soups, fried rice, veggies, noodles, chicken, beef, pork, shrimp and chef specialties. Gluten-free, low carb and low sodium options are available upon request.

Alas, my menu exploration was brief because General Tso beckoned. Shortly after placing my order, a server delivered an order of Crab Rangoon, a dish whose origin is in dispute. Some claimants believe it’s strictly an American dish; the fact that one of its chief ingredients is Philadelphia cream cheese lends credence to that theory. Others contend the dish was invented in Myanmar whose capital city was once named Rangoon. At any regard, the crispy star-shaped wontons stuffed with cream cheese, crab and sundry ingredients is a popular starter not very common in China. Thankfully Rising Star doesn’t sweeten the cream cheese as so many other Chinese restaurants do though it does serve its Crab Rangoon with a luminous sweet sauce. You’ll enjoy them more without that sauce. You’ll enjoy them even more if they’re misdirected to your table and you’re not charged for them as was the case with me. Though I offered to pay for them, the genial owner insisted “they’re on the house.”

Rising Star’s version of General Tso’s chicken features breaded dark meat chicken lacquered with a chili-spiked sweet and sour (mostly sweet) sauce. Perhaps in deference to American tastes, the chili lacked any bite. In deference to the palates of chile-loving New Mexicans, it should have had piquancy a plenty. To my tastes (I rarely order Americanized Chinese food), there wasn’t much to distinguish the dish from other fried, breaded, sweet sauced chicken dish. The popularity of the dish seems to indicate most diners enjoy it this way. The accompanying egg roll, hot and sour soup and rice were rather on the ordinary side, but considering the cheap eats price point, that was expected.

Being named the most popular Chinese restaurant in New Mexico is quite a coup for Rising Star. A very favorable cost to portion ratio is just one reason. The staff treats guests very well and is on the spot with refills when you need them.