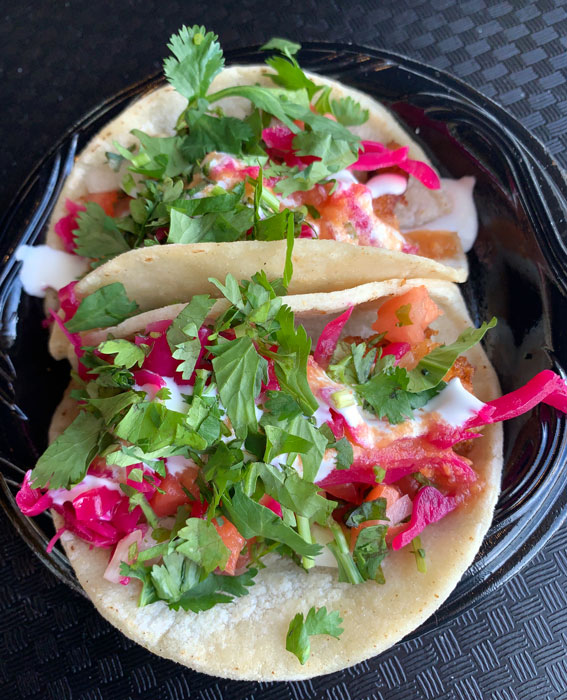 “Ah, but after the sunset, the dusk and the twilight, when shadows of night start to fall.
They roll back the sidewalk precisely at ten and people who live there are not seen again.”
~John Denver: Saturday Night In Toledo

Albuquerque has a reputation of being a town which “rolls up the sidewalk,” an expression used to describe towns where businesses close up early and night life is very limited (translation: bars close early).  The Land of Enchantment’s liquor laws mandate that bars close at 2AM, an hour apparently considered “too early” by those who describe the Duke City as a sleepy town.  As someone who considers it a late evening when we stay up to watch the opening skit on Saturday Night Live, terms such as “rolling up the sidewalk” and “last call” have very little personal relevance.  But there was a time…

If you’re expecting salacious details of my debauched youth, you’ll be disappointed to learn my personal experiences with “last calls” were mostly as a designated driver for friends who often found out that girls don’t necessarily get prettier at closing time.  More often than they’d like to admit, however, they struck out and their only “conquests” were the colossal hangovers they had to overcome the morning after.  Their desperation to “get lucky” increased with the telltale signs of last call: dimly lit bars getting brighter, the ear-splitting volume of the music being turned down, condiments being taken off the table.  Ah, the travails of youth.

For someone of my advanced geriatric progression and culinary predilections, occasional pangs of hunger do have me wishing for closer proximity to the metropolitan area’s late evening (okay, before 10PM) dinner options.  Most restaurants, it seems, close even earlier than bars do.  Conspicuous among Yelp’s list of late night dining options is the aptly named Last Call, a Baja Mexican eatery which has been quelling late night cases of the munchies since April, 2012 at its Nob Hill location and since October, 2016 in its downtown site.  Interestingly, at its Nob Hill and Downtown locations, Last Call remains open until the unholy hour of 2:34AM.

If like me, you’re inclined to believe there’s no way denizens of the Duke City would embrace an interloper from California serving several of New Mexico’s sacrosanct staples, you’d be mistaken.  Virtually from its onset Last Call has been as welcome as the repentant prodigal son of St. Luke’s gospel.  It’s also been earning people’s choice accolades from both Alibi and Albuquerque The Magazine readers.  It stands to reason Last Call would figure prominently in “best late night eats,” but readers have also accorded “best” honors to Last Call’s burritos, tacos and fries.

It’s not uncommon to read of expats moving to the Duke City and founding restaurants because they missed the foods with which they grew up in their native states or countries.  That’s not the case with fledgling entrepreneur Luis Valdovinos who didn’t even have time to miss the foods of his home state before launching Last Call.  His inaugural restaurant was up and running three weeks after he relocated from California to the Duke City.  Last Call’s menu is a fusion of street foods from San Diego and Baja, Mexico, places where the entrepreneurial Valdovinos grew up.  To a large extent that means tacos, burritos, salsas and fries though distinctly different than what is typically offered at Duke City area restaurants.

In November, 2018, Valdovinos opened his third (and probably not his last) Last Call, this time on Albuquerque’s burgeoning west side.  Situated within the Riverside Plaza just north of the heavily trafficked Coors and Montaño intersection, it’s a few doors down from Hannah & Nate’s, a very popular eatery.  The west side location shares the same menu as its older siblings, but initially won’t be open quite as late (though still later than most restaurants on the west side). Thematically, the Last Call pays tribute to the stars of lucha libre, Mexico’s professional wrestling circuit.  Framed posters depicting technicos (good guys) and rudos (bad guys) festoon the walls.

One of the hallmarks of Last Call is the freshness of the high quality, locally procured ingredients used in the preparation of its featured fare.  Salsas and condiments are prepared fresh daily.  Meats are cut on the premises and potatoes for its award-winning fries are hand-cut.  Everything is made from scratch and prepared to order.  Moreover, New Mexicans will appreciate the fiery quality of the menu, a piquancy not generated from New Mexico’s sacrosanct red and green chile, but from other potent peppers: habañero, chile de arbol, tomatillo and chipotle.

Manning the register during my inaugural visit was the youthful Luis Valdovinos who provided a quick overview of his restaurant’s concept.  When I asked him what I should order, he asked how hungry I was.  Obviously my  bear-like size (post-hibernation, thank you) gave me away because he then recommended the Cali burrito with carne asada (fries, Monterey and Cheddar, Mexican cream, chipotle aioli and chile de arbol).  It’s widely acknowledged that carne asada and French fries are at the heart of San Diego-style Cali burritos (distinguishing them from San Francisco’s Mission burritos and their bean and rice base).  Beyond that, Cali burritos are as diverse as a chef’s imagination.

6 December 2018: At Last Call, the burrito’s tortilla is roughly the size of a hot air balloon canopy overstuffed with half a steer’s worth of  carne asada cut into small cubes and a fat fistful of French fries.  Seriously, this is one behemoth burrito that’s got to weigh in at nearly two pounds.   No ordinary fries grace this burrito’s insides.  They’re extra crispy, skin-on beauties that provide a terrific textural contrast to the tender carne.  Monterey and Cheddar, two mild cheeses, blend together to provide a nice foil for the fiery combination of chipotle aioli and chile de arbol.  These sauces not only impart piquancy, they make the burrito a delightfully sloppy, multi-napkin affair.

6 December 2018: At the polar extreme of the log-sized burrito are the beer-battered fish tacos (pico de gallo, red pickled cabbage, Habañero, Mexican cream, cilantro).  Where the burrito is large and plain, the tacos are small, delicate and almost ornate.  Served on fresh corn tortillas, these tacos are pretty as a picture and as tasty as the fish tacos at San Diego’s Pacific Beach.  Even better, these tacos are value-priced at three for eight dollars or four for ten dollars.  From 5PM to 8PM on Taco Tuesdays, you can scarf them up for a dollar a piece. Despite everything nestled within the soft, warm corn tortillas, it’s remarkable that the delicate beer-battered fish still manages to stand out.

8 December 2018: Landlubbers will love Last Call’s carne asada tacos (onion, cilantro, chile de arbol, lime).  Not quite as dainty and picturesque as their fish-based brethren, these tacos are nonetheless enchanting envelopes of deliciousness.  Lest I be remiss, they’re not the tiny, two-bite tacos some restaurants serve, but five or six bites worth of well seasoned, wonderfully sauced taco excellence.  A squeeze of lime imparts just enough citrus influence to transport you momentarily to a beachside taqueria.

8 December 2018: You might think a sandwich on a Baja Mexican menu would stick out like a sore thumb, but Last Call’s signature sammich (truffle grilled cheese, dill aioli, Swiss, Cheddar and Smoked Gouda cheeses, white truffle oil on marble rye) is right at home here.  This is a next-level grilled cheese sandwich (BOTVOLR, take note) with a troika of turophile favorites, three cheeses with mild though distinctively different flavor profiles.  The dill aioli provides a tangy counterbalance to the salty richness of the cheeses while the white truffle oil lends earthy, savory notes.  The marble rye is a perfect canvas for such a cheesy masterpiece.

23 March 2019: You don’t need to wait for Taco Tuesday to enjoy tacos at a discount. The Last Call offers reasonably priced tacos (three for eight dollars or four for ten dollars) every day of the week. Oh, and you can’t beat happy hour one dollar fish tacos Tuesday and Thursday from 5PM to 8PM. Whether you want four of one kind or one of each (beer battered fish, grilled chicken, carne asada, vegetarian), your wish will be granted. Though all four are uncompromisingly fresh and delicious, we were most surprised at how much we enjoyed the vegetarian taco (Mexican squash, onion, black beans, cilantro, chile de arbol, lime, Cotija cheese).

Whether it’s 10PM or 2AM you consider a late evening, The Last Call offers a terrific dining option, but it’s not just a nighttime option.  You can enjoy this superb Baja Mexican experience for lunch, too.