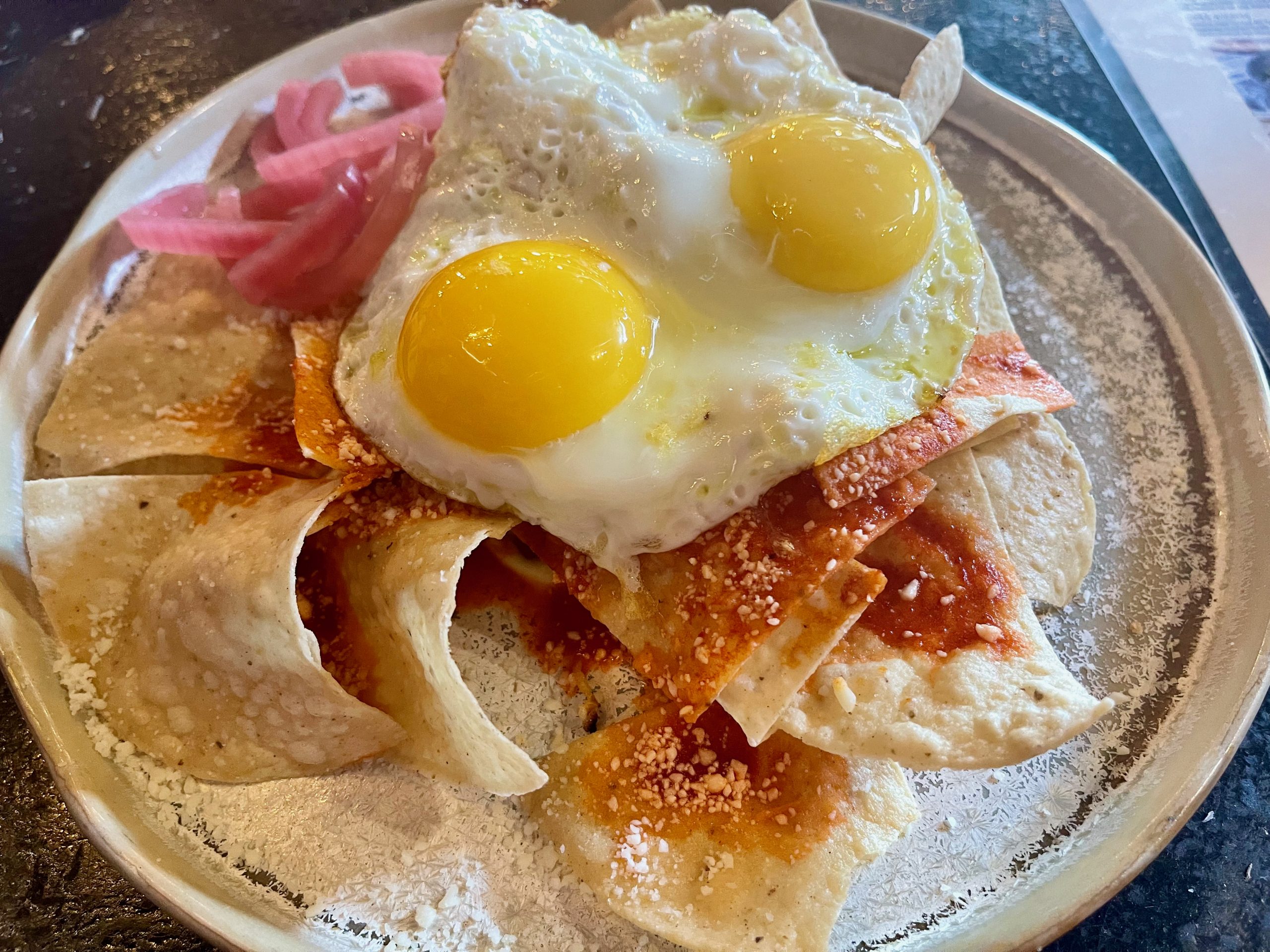 “The winner is the chef who takes the same ingredients as
everyone else and produces the best results.”
~Edward De Bono

The Land of Enchantment boasts of some 3,500 restaurants, more than 1,000 of which are members of the New Mexico Restaurant Association (NMRA).  Keen competition from among hundreds of outstanding chefs throughout the Land of Enchantment makes being named the NMRA’s Chef of the Year quite an honor.  Read the resume of 2020 Chef of the Year recipient Tristin Rogers  and you just might conclude he didn’t just deserve Chef of the Year honors; he’s worthy of “person of the year” recognition, too.  He doesn’t just transform great ingredients into great meals.  He’s transforming lives and bettering the community.

Awards and recognition are nothing new for Chef Rogers, who was at the helm as executive chef when The Crown Room at the Downs Racetrack and Casino twice earned “Best Casino Restaurant” in Albuquerque The Magazine’s annual “Best of the City” voting.  To say he’s talented is an understatement, but it also took hard work and dedication to perfecting his craft that’s led to his success.  Over a career spanning more than 21 years in increasingly demanding positions–starting off as a dishwasher and now owning and running his own restaurant–he’s not one to rest on his laurels.

During his time off, Chef Rogers researches food trends, exploring gastronomic techniques, pairings and presentations to achieve his goal of providing remarkable dining experiences for his guests.  At Hollow Spirits Distillery, he’s “reprogramming” diners minds about what constitutes a fine New Mexican dining experience in which he blends traditional New Mexican food with gastronomy techniques that emphasize local, fresh ingredients.  The result he aims for is beautiful food you can taste with your eyes and enjoy with your soul.

As impressive as his culinary curriculum vitae is, it’s in community involvement that he may be having an even greater impact.  Noticing that people in his inner circle and beyond were falling into depression and coping with alcohol, drugs and other addictions, Chef Rogers  created Project Mis En Place that builds on a curriculum that  teaches people about being aware of mental health.  The altruistic chef also serves as a mentor to young culinary students and has brought other chefs together for fundraising efforts in support of many causes.

On Sundays from 11AM to 2PM brunch is the featured fare at Hollow Spirits.  Five items are available.  If you arrive early as we did, consider having a brunch item as an “appetizer” while you wait for the seasonal menu to be available.  Our appetizer-slash-brunch-item was the chilaquiles rojo (housemade chips, red chile, pickled red onions, Cotija cheese, sunny egg, avocado lime crema), a rather unique take on chilaquiles.  Virtually every version of chilaquiles we’ve had has been a melange dominated by chile.  Rather than douse the chips with the fiery red, Hollow Spirits is rather penurious with its chile, spooning it lightly onto the chips.  The effect is a dish not dominated by chile, but one in which every ingredient is discernible and one in which the composite can be appreciated because each individual component works so well.

“From the Garden” is what Hollow Spirits calls its two-item salad menu.  Tuna Nicoise, always an excellent choice, is one of the two.  The other is a grilled watermelon and arugula salad (feta, arugula, watermelon, candied walnuts, wild berry Balsamic drizzle) to which you can add chicken or shrimp for a pittance more.  Watermelon experiences significant changes when grilled.  Its distinct granular texture becomes more chewy.  Its taste becomes less sweet and inherits just a bit of smokiness.  This is a very good salad, but make sure to ask for a second drizzle of the wild berry Balsamic which really offsets some of the pepperiness of the arugula.

The “Finer Things” section of the seasonal menu may be most reflective of Chef Rogers’ passion for gastronomic techniques, pairings, and presentations.  Three items on the menu shone the spotlight on seafood, always a courageous thing to serve in landlocked New Mexico.  My Kim and I split the landlubber’s choice, a twelve-ounce pork chop served with pickled red onions, haricot verts, shallot and chive boursin pomme puree and a small pan of red chile.

There’s an art to grilling a double thick cut pork chop to perfection.   Because of the pork chop’s thickness,  it needs a little special care to get it cooked through the middle without burning the surface.  Only at a fine chophouse will you find a pork chop prepared as well as the Hollow Spirits kitchen prepared this bone-in beauty.  Seasoned to perfection and grilled to a golden hue, it’s a showstopper.  What surprised me most was that it wasn’t served with apple compound butter or some other ameliorant restaurants sometimes use to take the emphasis away from the chop itself.  This was all about the chop and it was outstanding.  Also a huge hit were the chive boursin pomme puree, essentially elevated mashed potatoes.

For two small towns–one in Ohio, one in Pennsylvania–the biggest (and most controversial) claim to fame is the invention of the banana split.  Denizens of both towns agree that the genesis of that enduring symbol of the fruited plain’s soda-fountain of yore transpired more than one-hundred years ago.  Ohio’s claimant insists the banana split was invented in 1907 while Pennsylvania’s contender asserts it was invented three years before that.  Most of the evidence for both claims is anecdotal.   While its origin may be debatable, there’s no debating that the banana split remains a favorite dessert.

Hollow Spirit’s bourbon split (caramelized banana, vanilla ice cream, creme fouette, sea salt caramel, fresh berries, dyno bite crumble and a shot of Hollow Spirits Red 96 bourbon) is a unique, “adult” version of the banana split.  It may well be the best we’ve ever had.  Every component asserted itself, but not at the expense of others.  The interplay of flavor profiles–from sweet to savory to sour–worked magnificently, providing a balance so rare in desserts.  Counterbalancing the firm bananas caramelized to a golden amber was a sea salt caramel with just enough saltiness to provide a nice contrast.  Not quite lip-pursing, the berries provided a tangy offset to the vanilla ice cream.  Our biggest surprise, however, was the Fruity Pebbles-like “dyno bite crumble” which provided much more than color to a superb dessert.  We didn’t know what to do with the bourbon and left it “unappreciated.”

For Chef Tristin Rogers the path to success as a chef has been fraught with one challenge after another.  He’s surmounted them all to lead a kitchen that offers creative and affordable fine-dining fare, all the while helping make Albuquerque a better and healthier place in which to live and work.