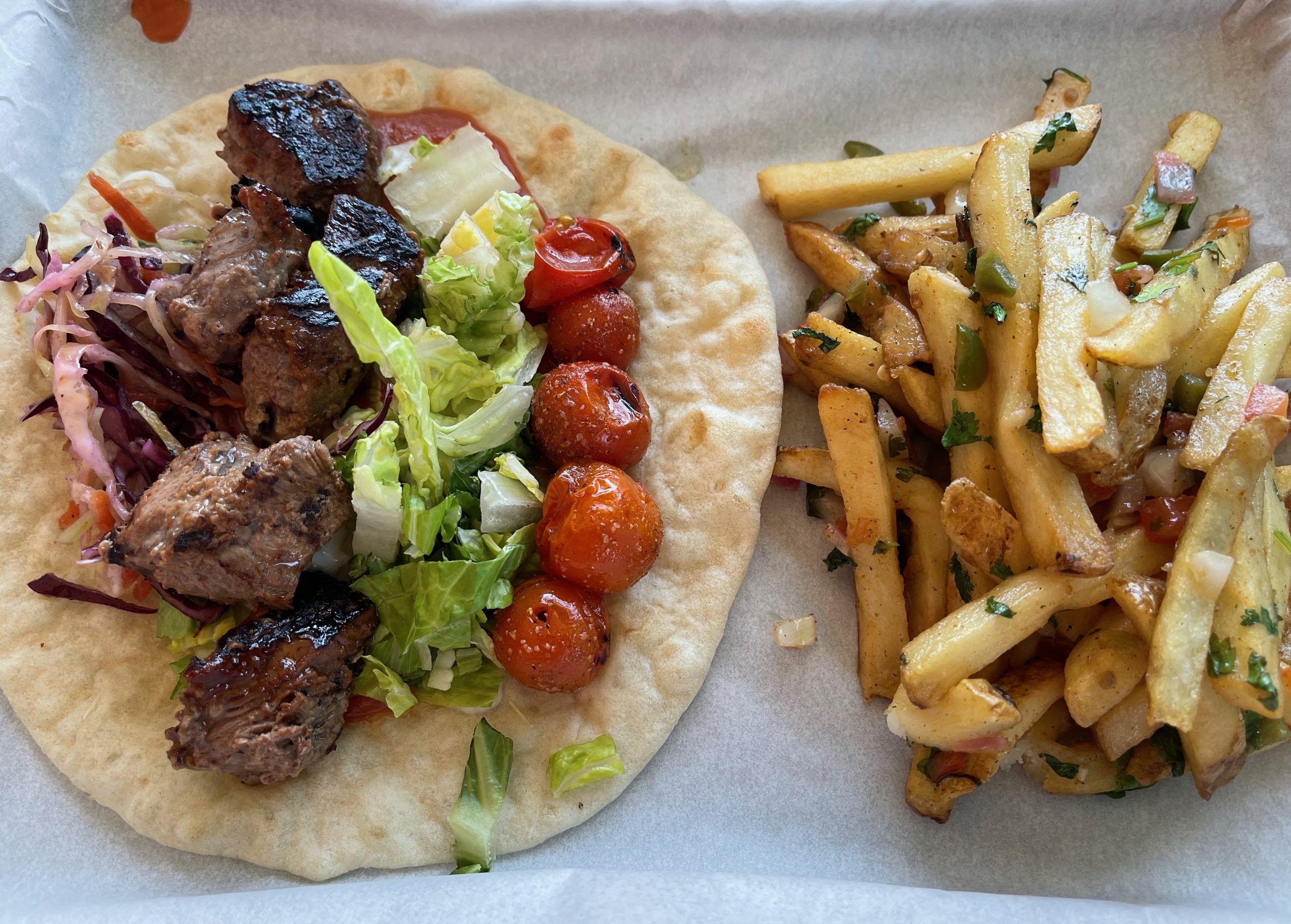 “I’ll give you three guesses to tell me what tabula rasa means,” I challenged my friend and Wordle phenom Carlos.  “That’s easy,” my erudite amigo proclaimed, “Tabula Rasa was a silent screen actress in the 1920s.”  “Close,” I replied, “but you’re thinking about Tallulah Bankhead.”  “I was just kidding,” he demurred, “Everyone knows tabula rasa is a Mediterranean salad.”  “You’re getting closer,” I joked, “but the Mediterranean salad you’re thinking about is tabouli.”  On his third attempt, Carlos gave me the right answer: “I’m drawing a blank.”

Tabula rasa, in fact, translates from Latin to “blank slate.” In psychology as well as in epistemology (theory of knowledge), tabula rasa refers to the idea that we are solely the product of our upbringing and experiences.  In psychology, it also refers to  the technique therapists use when they themselves become “blank,” and allow the recipient to project their own needs, desires, and beliefs onto them.

For those of us who follow culinary trends, the term has a third definition, one coined by CBC writer Andrew Coppolino who wrote: “Unless you are a rigid food traditionalist and a dedicated adherent to the dogmatic philosophy that pizza can only be called pizza if it is limited to a set of authorized ingredients, pizza is a tabula rasa for creative toppings and taste buds. And that includes pineapple in Iceland.”

The blank slate about which Coppolino wrote is, of course, the base of the pizza, the doughy crust which makes up the foundation of the entire pizza.  Contrary to what you might, think the “lip” or puffy outer edge of the pizza is not called “crust.”  It’s called the “cornicione.”  Now that we’ve got that straight, you can see how a pizza can be a tabula rasa for creative toppings.  You can literally put anything you’d like on a pizza crust.  Cucumbers (shout out to Cosmo Kramer), macaroni and cheese, even chocolate.  You’re limited only by your imagination.

For years I’ve been wondering when a New Mexico pizzeria would finally offer an Indian pizza.  Sometimes it seems the Land of Enchantment is decades behind current trends, but the truth is Indian pizza is a relatively new culinary phenomenon.  It’s almost universally agreed that Indian pizza was born in 1986 at a San Francisco pizzeria with the Greek name Zante.  Story has it that Dalvinder Multani, an Indian immigrant who had spent years making pizzas in New York City moved to the City by the Bay and purchased an aging pizzeria named for a small Greek island.  Though his aspirations were to proffer Indian food, he continued making pizza, eventually coming up with several Italy meets India combinations that have become another San Francisco treat.

Okay, so it only took a little more than a quarter-century for Indian pizza to make it to the Land of Enchantment, but you can rest assured it’s Indian pizza done exceptionally well.  Exceptional quality and value is precisely what we’ve come to expect from restaurant impresario Hanif Mohamed, owner of the fabulous Middle Eastern fusion restaurant Tikka Hut and Über Chef Dennis Apodaca.  Together, this dynamic duo spent hours testing ingredients, seasonings, ingredients and crust types in preparation for the launch of the second instantiation of Tikka Hut.  The second location is on the southeast intersection of Indian School and Girard in the space previously occupied by DaVinci’s Gourmet Pizza.

While many of the Indian pizzas I’ve read about are based on tikka masala, a tomato and cream-based sauce, Hanif and Dennis took a different approach.  Tikka Hut’s sauce is based on traditional Indian curry.  Pizzas are made with tomatoes, ginger, garlic, chili, cumin, mozzarella and mustard seeds.  Meats are marinated in Eastern herbs and spices (Halal when possible).  Ten toppings are offered: mushrooms, spinach, sweet potato, eggplant, cauliflower, red pepper, green peppers, green chile, red onions and sliced tomato.  There are eleven pizzas on the menu.  Pizza is available in two sizes–12-inch or 16-inch as well as by the slice.

23 January 2022: Aficionados of Indian cuisine will recognize the myriad of exotic seasonings, herbs and spices wafting from the oven.  Those aromas will get your taste buds tingling and stomach growling.  Thankfully complimentary red, yellow and blue corn tortilla chips and salsa are available to suppress your appetite while you wait for the pizza to be delivered to your table.  As you might expect from any restaurant with which Chef Apodaca is involved, the salsa is outstanding with equal parts piquancy and flavor.  In particular, the pico de gallo is an eye-opening, tongue-searing and absolutely delicious

23 January 2022: At the risk of being accused of blasphemy, Tikka Hut’s beef/lamb sheesh pizza (ground beef and lamb marinated with ginger, garlic and red chile) makes most Italian pizzas rather pedestrian in comparison.  Your taste buds will awaken with sheer delight at the fusion of Italian and Indian spices and flavors even as they attempt to discern exactly which spice is hitting each delectable note.  The deep earthy flavor and sweet-savory blend of the curry gives the pizza a bright, peppy personality while New Mexico’s sacrosanct green chile adds the heat we love.  We were surprised at how much we enjoyed this pizza, but we probably shouldn’t have been considering the masterminds behind it.

28 May 2022:  It would be entirely too easy to order nothing but Tikka Hut’s transformative pizza, but then you’d miss out on so many other magnificent culinary creations.  Because the lure of pizza is irresistible, there are only two ways to quell your ardor.  The first, of course, is to succumb to it.  You know Tikka Hut’s pizza is going to be outstanding so why fight it.  The second is to order a slice of a different pizza every time you visit and order something else from the menu.  That latter option was my approach during our second visit.  Predictably, the slice of lamb pizza (braised leg of lamb, slow cooked) made me pine for a few more slices.  As an “appetizer” it did its job.  As an entree, a slice alone won’t cut it.  So, make sure you order something else which will likely be every bit as good.

23 January 2022: My Kim couldn’t quite handle the piquancy of the pizza so Chef Apodaca whipped up a unique short rib fried rice (shredded short rib, carrots, peas, corn, fried rice with assorted Indian spices.  The gracious chef asked me not to mention this dish because it’s not on the menu, but it turned out so good Kim wanted to shout it from the roof.  I have a feeling  that’s not the only dish capable of eliciting such a reaction.

In addition to pizza, Tikka Hut’s menu includes rolls and bowls for which all tortillas and pitas are made in-house daily.  Vegetarian, meat and fish fillings are available for the rolls and bowls.  Starters include hummus, falafel, tikka wings, masala fries, tika tacos and tostadas.  The menu also includes seven plates (served with your choice of white rice or masala fries, desi slaw, seasonal grilled vegetables, raita, tamarind and pili pili sauce.

29 May 2022:  My Kim and I have enjoyed kabobs all across the fruited plain and throughout Europe where kabobs are practically a religion.  Most vary in quality from good to very good, but only a few cross that fine line threshold that makes only the very best kabobs memorable.  The beef kabob at Tikka Hut is one of them, easily in the top-five of all kabobs we’ve ever had.  Kabobs are yet another item for which the term “tabula rasa” applies.  We’ve had them stuffed with steak, lamb, pork, chicken, bell peppers, onions, mushrooms, cheese and sauced or marinated with teriyaki, tzatziki, barbecue sauce, olive oil and more.  Frankly, the possibilities are endless.

Tikka Hut’s version showcases marinated and flame-broiled sirloin, grilled cherry tomatoes, tomato chutney, tamarind chutney and raita wrapped in pita bread.  The flame-broiled sirloin is steakhouse quality steak, not some pressed beef amalgam.  Six bite-sized chunks a bit larger than your mother might have cut them for you are marinated in a sweet-savory blend that and imbues it with flavors that blend with the flame-broiling process that will make you happy you’re a carnivore.  The chutneys are superb!  The sweet, sour, tangy, tart notes of the tamarind chutney; the lightly sour yogurt notes from the raita; the acidity and freshness of the tomato chutney–it’s an orgiastic feast on your taste buds.

29 May 2022:  My Kim’s approach to dining is sometimes perplexing.  While I tend to order something different virtually every time we dine at a favorite restaurant, she finds something she likes and sticks to it.  While I never ask a chef to deviate from the way he or she prepares a dish, she’ll ask for strange additions or omissions from dishes she orders (such as a Chicago style hot dog without sport peppers and celery salt).  I didn’t tell her what she was in for when she ordered a whole pili pili chicken at Tikka Hut.  More specifically I didn’t tell her pili pili is a devilishly piquant African sauce typically made with chili peppers habanero peppers, garlic and olive oil.  She might have ordered the pili pili chicken anyway, but it would be fun to see what she’d do with all its heat.  Save for the pieces of chicken she gave me, she scraped off all the pili pili sauce she could find.  When she ran into an especially potent piece, she’d dip it into the tamarind chutney or the garlic sauce.  Her verdict wasn’t an indictment of heat she didn’t know the chicken would have, but praise for the “best rotisserie chicken” in Albuquerque.

29 May 2022: Surprises aren’t limited to savory dishes. Ku-latos and Mexican-style gelatos are a perfect way to end your meal. Ku-latos are a unique and much better take on kulfi, a frozen dairy dessert often described as “traditional Indian ice cream.” Because of its dense texture kulfi may well be my least favorite Indian dessert. Ku-latos aren’t nearly as dense and have a texture similar to gelato. Featured flavors are dulce de leche, Mexican vanilla, guava, passion, mango and pineapple. My Kim’s two scoop soiree of dulce de leche and Mexican vanilla was quite simply the best ice cream we’ve had in years, sure to be an addiction.

If a pizza crust is a form of tabula rasa, ask the great folks at Tikka Hut to top it with their unique and absolutely delicious ingredients, seasonings, herbs and spices.  This is pizza like no other.  “Like no other” can be said about so many other items on the spectacular Tikka Hut menu.