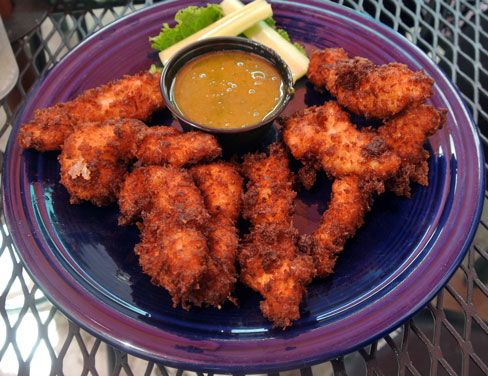 In April, 2014, Gallup conducted a poll to determine state pride across the United States. More precisely, the Gallup poll surveyed people in all 50 states to find out what percentage of residents say their state was the very best or one of the best places to live. Sadly, New Mexico was rated the six worst state to live with only 28 percent of respondents indicating the Land of Enchantment was one of the best places to live. New Mexico was the only state among the bottom ten either not bordering or not East of the Mississippi River.

In recent years it seems every quality of life survey conducted lists New Mexico near the very bottom where we compete with Mississippi and Arkansas for “worst” in virtually every aspect of daily life. So, what does it say about New Mexico when it is rated number one…that’s first…in the auspicious category of being “absolutely absorbed by the abnormal?” To arrive at this rating, the Moveto Real Estate Blog actually used Facebook data to determine what percentage of each state’s population had an interest in the paranormal, psychic phenomena, conspiracy and shadow organizations and mythical creatures and mysterious beings.

Research indicated that largely because of the mysterious UFO crash and subsequent cover-up in Roswell back in 1947, New Mexicans are more apt to believe in conspiracies, cover-ups and the Illuminati. We, it seems, are also quite fascinated by cryptids (mythical creatures, mysterious beings, Chupacabra, etc) and psychic activity. Only one state’s citizenry had a greater interest in the paranormal which one dictionary defines as “denoting events or phenomena such as telekinesis or clairvoyance that are beyond the scope of normal scientific understanding.”

Some of the state’s most active paranormal activity revolves around haunted Taos. The aptly named The Ghosts of Taos blog believes ghosts are “as much a part of the landscape as the towering hollyhocks, dusty petunias, bancos, portals and adobe walls of Taos Plaza.” One of the most famous of the Taos ghosts is Teresina Bent, daughter of the first governor of the newly acquired New Mexican Territory who was murdered during an uprising in Taos. Teresina is said to haunt the Alley Cantina just north of the Taos Plaza. Numerous sightings and incidents have been reported by both employees and guests.

The Alley Cantina actually sits in the oldest building in Taos, a structure built in the 16th Century by Pueblo Indians. The building initially served as an outpost along the Chihuahua Trail and was later occupied by the Spanish government. In 1846, it became the office of the ill-fated Governor Bent whose family owned the building for several years. The property became a restaurant in 1944 under the name “El Patio” and has continuously operated since then, becoming the Alley Cantina in 1997.

In actuality, the entire building isn’t 400 years old, but large portions of the building remain from the original structure, including the south wall of the kitchen and the east wall of the kitchen and bathrooms (the tiniest bathrooms of any restaurant I’ve reviewed). Despite the Lilliputian facilities (not enough room for you and for Teserina Bent), the Alley Cantina is a beloved gathering place in Taos, earning several “Best of Taos County People’s Choice Awards.” The menu is renowned for its New Mexican food (cumin alert: it’s on every item of New Mexican cuisine) as well as its barbecue and surprisingly, its fish and chips.

Though it didn’t make the New Mexico Green Chile Cheeseburger Trail in 2011, the Alley’s version of the Land of Enchantment’s sacrosanct burger is well worth ordering. The canvas for this behemoth green chile cheeseburger is a sesame seed bun with housemade qualities (our server couldn’t tell us who made it). The burger is constructed with a rather sizable beef patty topped with chopped green chiles blanketed by your choice of Cheddar-Jack or Provolone cheese. It’s a very good burger even though the green chile lacked the piquancy New Mexicans crave…or perhaps the piquancy was obfuscated by the thickness of the beef patty and the other ingredients (lettuce, tomatoes, pickles). The burger is served with hand-cut fries.

It’s rather rare to find fish and chips in New Mexico described as “famous” as the ones at the Alley are. As has been discussed on this blog, fish and chips in New Mexico are wholly unlike fish and chips in Great Britain where they’re made best. The Alley’s fish and chips are, in many ways, a complete antithesis of those I enjoyed by the boatful in England. First, they’re made from Pacific cod as opposed to Atlantic caught fish. Secondly, they’re battered (sheathed is a better descriptor) rather thickly–so much so that malt vinegar won’t penetrate until you cut through the breading and expose the succulent white flesh. That’s when you discover a pretty tasty, light and flaky fish that is surprisingly enjoyable.

Perhaps if Gallup had conducted its poll at the Alley Cantina, respondents would have been more inclined to show their state pride. Enjoying good food at a fun, pet-friendly patio would do that for you.