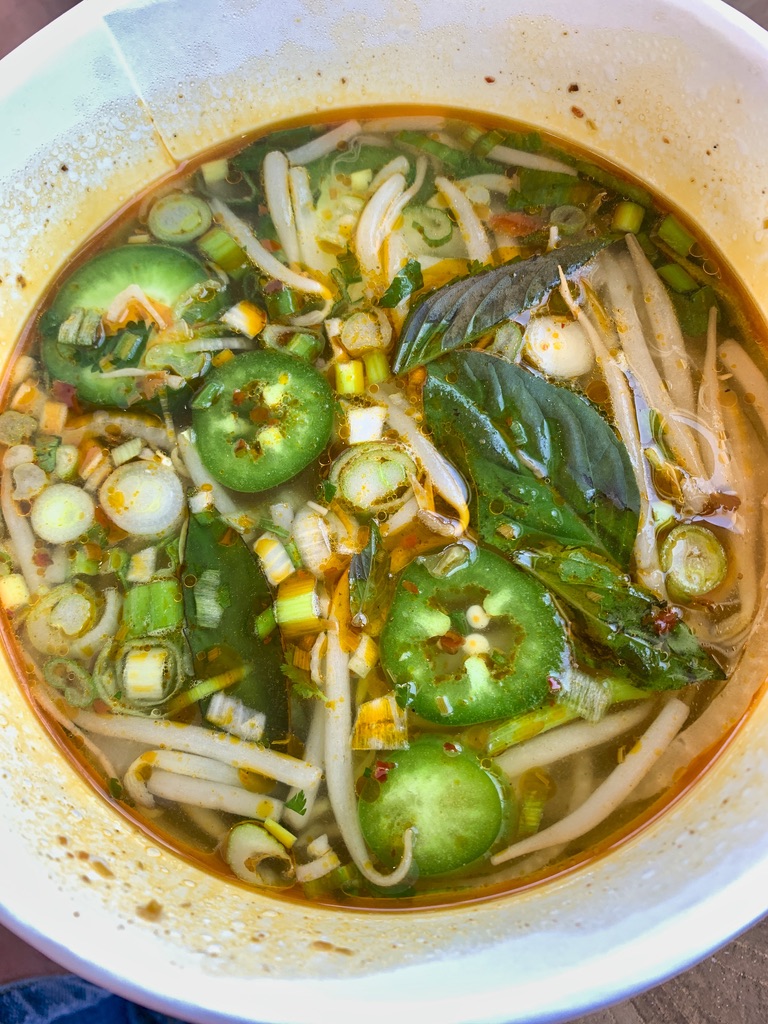 Virtually from infancy, my brother George was a prodigy with Lincoln logs, Erector sets and even Tinkertoys.  He could literally build anything.  That’s when he played indoors.  He preferred being out in the elements where weather-permitting, he would build solid and rainproof club houses and tree houses out of twigs, logs, boards and whatever else he could find.  In the winter, he built Eskimo-worthy igloos.  To no one’s surprise, George became a carpenter, quickly rising to the rank of construction superintendent.  Over a rather luminous career, he’s built stately residences as well as mission-critical structures and facilities at the Los Alamos National Labs.  In his rare spare time, he builds furniture and carves wood into artistic pieces.

In entrepreneur Roy Solomon, George has a kindred spirit.  In 2015, Solomon launched a community-oriented commercial plaza constructed entirely with repurposed shipping containers as modular, architectural building blocks.   Christened the Green Jeans Farmery, the unique twist on a shopping plaza is an architectural marvel George would have enjoyed building.  Several among the cluster of shipping container buildings are connected by a bridge.  You can literally walk from one rooftop deck to another.  From the very beginning, Green Jeans Farmery has housed a number of terrific restaurants.

In 2019, Roy Solomon began construction on Albuquerque’s second shipping container project.  Located on Alameda just east of San Pedro, the new concept–fittingly called Tin Can Alley–launched on 30 May 2020.  It is easily one of the Land of Enchantment’s most unique and striking eating, drinking and shipping venues, an 11,000-square-foot behemoth housing ten local businesses all under one roof. Nay-sayers might tell you the exterior resembles a dystopian structure, but within the capacious two-story venue is a colorful and comfortable milieu that’s home to ten local restaurants and shops.

Among the inaugural Tin Can Alley tenants are such long-time Duke City stalwarts as the Guava Tree Cafe, Amore Neapolitan Pizzeria and Michael Thomas Coffee Roaster.  Newcomers include such soon-to-be favorites as Cocoa Flora, a concept showcasing small plate offerings and Flipflops Beach Grub whose recipes were inspired by other (and now defunct) Albuquerque favorites 505 Southwestern, Bailey’s on the Beach, and Chumly’s Southwestern.  As at Green Jeans, Santa Fe Brewing Co. has a taproom and is one of the concept’s anchors, occupying nearly fifty-percent of the total space.

On opening day, only to-go orders were available.  Two days later on June 1st, the state’s public health order allowed for dine-in services, albeit at a significantly reduced capacity.  Judging from the packed parking lot on the day of my inaugural visit just three days later, I had to wonder if the mandated fifty percent capacity rule was being adhered to.  Fortunately, there are built-in features within the building that naturally subscribe to health guidelines.  For example, the complex boasts of a 30-foot ceiling with an oscillating fan the size of a windmill blade, restrooms with hands-free features, roof top patios and large windows that offer drag air when opened.  Each business has a back door for people who want grab and go.

When my friend Ryan “Break the Chain” Scott invited me to lunch at Tin Can Alley, we were both looking forward to a unique dining experience in a venue unlike any other in the metropolitan area.  Arriving early, Ryan secured comfortable seating on living room quality armchairs.  From our second floor seats, our vantage point was of the sprawling complex.  We gazed downward at the mass of humanity trying to navigate social distancing dictates while pondering what to indulge in.  The bright, airy setting has an outdoorsy feeling even when you’re enveloped by comfortable chairs.

As Ryan and I ruminated about just what we should order, we couldn’t help but notice the double-entendre name bestowed on one of the eatery pods: Pho Kup.  Ironically, a similar pronunciation of that eatery’s name was used by a seventh-grade teacher to describe my skills at woodworking after it took me an entire semester to complete a rather warped and askew cutting board for which I earned a well-deserved “D.”  Apparently, unlike my brother George, the only good thing I’m good at constructing is sentences, but I digress.

Considering its relatively small space Pho Kup offers a fairly ambitious menu of Vietnamese favorites.  Not surprisingly, pho is the first item listed on the menu. Five appetizers–including fried egg rolls and chicken wings–are next up followed by five types of spring rolls and four sandwiches (banh mi). Sure, it’s not the compendium type menu you’ll find at restaurants such as Saigon (145-items), but the number and diversity of available options belie the space size.

Without really considering their actual volume, I’ve often used the description “swimming pool-sized bowls” in reviews to illustrate the sheer size of the bowls in which pho is served at most of the Vietnamese restaurants throughout the metropolitan area. Pho Kup offers its beef noodle soup in two sizes: small–the “Minor Pho Kup” at 32-ounces; and large–a “Major Pho Kup” topping the scales at 64-ounces.   Both sizes are available with your choice of noodle, broth, protein (rare steak, beef meatball, smoke brisket, chicken, tofu), and garnish (white onions, green onions, cilantro) and are served with hoisin and sriracha sauce on the side. Optional veggies (mandatory for Ryan and I) are bean sprouts, sliced jalapeno, lime, and basil.

Taking one look at Ryan and me, the young lady at the counter decided we could easily handle the Major Pho Kup (or maybe she was thinking the term was an apt description for us).  Our protein of choice was chicken, our preferred noodles were thin rice noodles and the broth we chose was spicy beef lemongrass.  Purists might consider the combination of chicken and spicy beef lemongrass at least a minor “pho kup,” but that combination worked well, mostly because the “spicy” lemongrass wasn’t as assertive as it can be.  Alas,  there wasn’t as much chicken as we would have liked.  Still, the pho was a deeply satisfying and flavorful soup with a rich broth, generous tangles of noodles and lots of fresh ingredients.

Ryan has made it a life’s quest to find the best spring rolls in the Albuquerque area.  Fresh spring rolls are one of his culinary passions.  While fresh, delicious and substantial, Pho Kup’s pork spring rolls (fresh-wrapped in clear rice paper, filled with grilled pork, vermicelli rice noodles, cucumber, chopped lettuce, and a crunchie) served with a side of peanut sauce aren’t in the running.  For me, the pork just didn’t have the anise-kissed grilled flavor of my favorite spring rolls.  We did appreciate the “crunchie” element (perhaps dried shrimp) as a textural contrast to other elements, however,  Ryan’s favorite pork spring rolls take the crunchy element to another level, almost to a chicharron-like level.

If you’re thinking the Tin Can Alley is just a glorified food court serving mall-quality food, you’re in for a pleasant surprise. Pho Kup is stand-alone good, a proficient purveyor of fantastic pho. Curiosity-seekers might visit the Tin Can Alley for the experience, but you’ll return for the food.