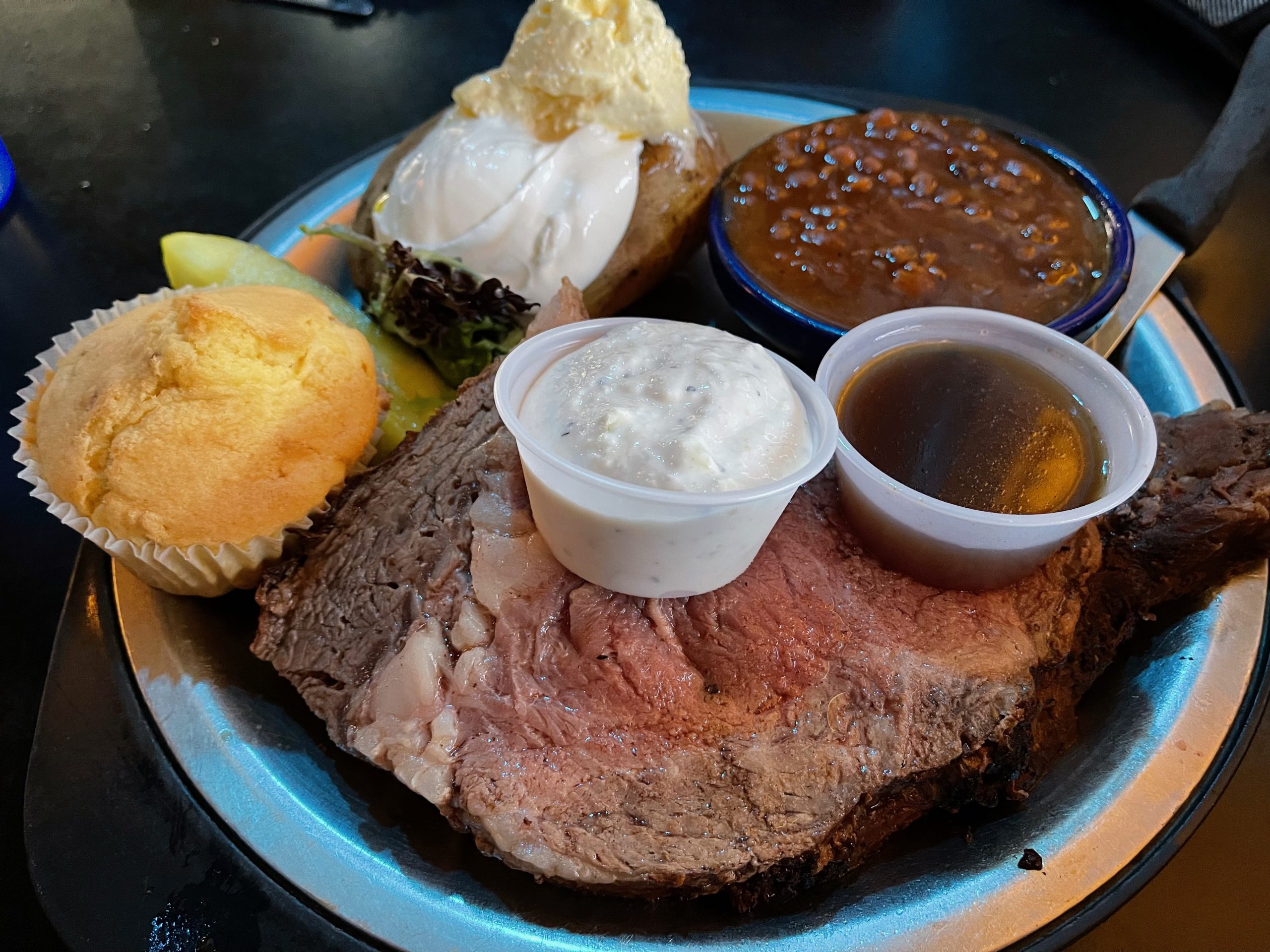 For many of us barbecue is a noun as in “a social gathering at which barbecued food is eaten.”   For others it’s a verb (to roast or smoke food over wood using smoke at low temperatures over a long cooking time).  For the most passionate and devoted, barbecue is a way of life…even a religion.  That religion is practiced by large and small congregations in both outdoor and indoor temples throughout a portion of U.S. Highway 61.  The hymns wailed and warbled by choruses of angelic voices are the reason that portion of U.S. Highway 61 is known as the “Blues Highway.”

Rivaling Route 66 as the most famous road in American music lore, the portion of U.S. Highway 61 known as the legendary “Blues Highway” runs north from Vicksburg, Mississippi to Memphis, Tennessee.  So common is the paring of barbecue and blues along this stretch that U.S. Highway 61 could rightfully be called the “Barbecue and Blues Highway.”  Visit the iconic Beale Street in the heart of Memphis and you’ll understand why Bon Appetit declared “Blues and barbecue, smoke and sauce. In Memphis, they all meld beautifully. Just like heaven.”

We didn’t wear blue suede shoes during our visit to the much-revered B. B. King’s Blues Club on Beale Street. Nor was the legendary blues artist performing at his eponymous club, but if barbecue and blues in heaven are as good as we experienced at his club, we decided we need to go there, too.  Blues also played in the background when we experienced an epochal epiphany with the discovery of barbecued baloney (a dry-rubbed, charcoal-grilled and thick slab sauced and nestled in a bun with coleslaw) at Memphis’s Cozy Corner.

Though we’ve enjoyed barbecue across the fruited plain, rarely is it as soul-satisfying as when blues are piped in over a house system or preferably performed live.  If “barbecue” is used on a word association test, our response is likely to be “blues” and vice-versa.  Is it any wonder we were so excited to try Blu Pig BBQ in Moab, Utah?  Maybe it wouldn’t be the Blues Highway, but that magical pairing of blues and barbecue exports well.

“Let ’em eat barbecue” is the Blu Pig’s mantra.  Its operating statement: “Here at The Blu Pig, we pride ourselves in serving the freshest, best tasting, food we can prepare. We prepare brines, rubs, and mop Sauces. Then, we slow smoke on low heat using local fruitwoods for hours and hours until we have the most tender, “fall off the bone” ribs or tender, moist, yummy Tri-Tip. With all that smoky goodness right in front of you, we have a number of different homemade barbecue Sauces to choose from.”

Blu Pig’s menu is truly a cure for the blues (feelings of sadness or melancholy not the music we love).  Best of all, live music (including the blues) is available seven days a week.  The Smokin’ starters menu is not for the calorie-conscious.  Neither is the Blu’s Burgers & Sandwiches menu.  BBQ Favorites (the entrees) are served with two sides and cornbread.  Salads & Sides include a number of surprises.

Among the sides which blew us away was the most unique gumbo we’ve experienced–and we lived just over an hour from New Orleans.  By strict definition, gumbo translates to okra.  In practice, gumbo is soup or stew that features a few key ingredients: okra, a protein such as meat or shellfish, vegetables, and a roux.  Blu Pig’s style of made-from-scratch gumbo is made with veggies, brisket, turkey, Cajun sausage, pulled pork and spices.  A dollop of rice is the only thing standing in your way of a meat-fest swimming in a meat broth.  We quickly devoured every morsel and would have ordered a second portion had Evelyn, our sweet server, not reminded us our entrees would feed a family of nine.

My Kim’s entree was the Voodoo Smoked Chicken (a half-chicken lightly seasoned, smoked and mopped with KC BBQ Sauce. Flash-fried for a crispy outside while tender and juicy on the inside).  On the side she had a baked potato and more okra than five bowls of Blu Pig’s gumbo.  A beauteous bark sheathed a succulent smoke-ringed half chicken as tender and delicious as we’ve had in a while.  With sweet and thick KC BBQ sauce slathered on, the meat sings almost as well as the blues over the sound system.

When yours truly couldn’t decide between the certified Angus beef tri-tip or the Blu Pig’s signature smoked prime rib (available only on Friday, Saturday or Sunday after 5PM) I asked Evelyn to surprise me.  Thank goodness she ferried over a twelve-ounce slab of prime rib seasoned with a smoked black pepper blend.  It was the best prime rib we’ve experienced in a long time, even better than the Big Texan’s version.  Prepared to about 130-degrees of perfect doneness (after resting), it was a tender, juicy exemplar of medium-rare.  The accompanying au jus and horseradish sauce weren’t needed to bring out any of the prime rib’s inherent deliciousness.  It would probably have been superb even raw.  The baked beans were superb and the cornbread, slathered with a cinnamon butter was a surprise.

The alluring flavor of smoke-kissed food permeates Blu Pig’s signature dessert, a smoked pecan pie as rich and decadent as it is delicious.  As with any pecan pie, you’ll want a scoop of premium vanilla ice cream to counterbalance the sweetness of the maple syrup, doing so with its own brand of sweetness (it’s a magical quality ice cream has).  Blu Pig’s version reminded me not that very long ago Paco Aceves, an innovative Albuquerque chef was incorporating the element of smoke into virtually every ingredient of every dish he created–including pecan pie.  The realization that Paco’s transformative restaurant no longer exists made us as sad as the smoked pecan pie made us happy.

Moab may be more than a thousand miles from the Deep South’s fabled Blues Highway, but for the hour or two you spend at this delightful eatery, you’ll be transported to the birthplace of the country’s most delicious and melodious pairing