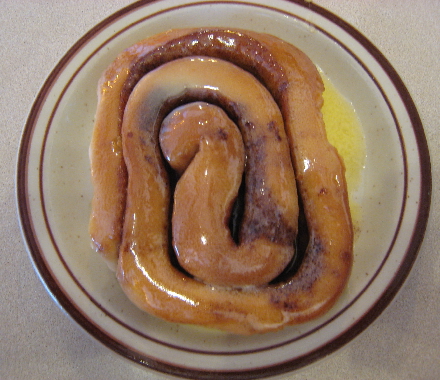 Most college and university areas have at least one restaurant that transcends the “student hang-out” label to become a popular dining destination among all demographics, whether or not the diners matriculated at the nearby institution of higher learning. In Albuquerque that dining destination is the Frontier Restaurant. In its forty plus years of serving the Duke City, the Frontier has gone beyond providing the quintessential college eatery experience. Some contend it may well be the quintessential New Mexican restaurant.

Serving Albuquerque since February, 1971, the commodious, barn-like Frontier Restaurant occupies half a city block (quite remarkable considering it started out as a small, one room eatery), seats more than 300 patrons and features an impressive gallery quality art collection which includes several portraits of John Wayne, a favorite of the owners (for whom the University of New Mexico School of Architecture and Planning has named a gallery). The Frontier is a place to see and be seen. Everyone from UNM students to celebrities (in Albuquerque this is primarily the local television news media) and Lobo athletes frequents the Frontier.

The Frontier is the brainchild of Larry and Dorothy Rainosek, transplants from Austin, Texas, who have become among Albuquerque’s most altruistic citizens, contributing to a variety of causes (such as the University of New Mexico, New Mexico Symphony Orchestra and The Albuquerque Museum). The Rainoseks, who also own the city’s four Golden Pride restaurants, didn’t really know about New Mexico’s red and green chile when they moved to the Land of Enchantment, but they learned quickly. Larry’s brother owns Gil’s Broiler (nice name), San Marco’s oldest restaurant which serves something called the “Manske Roll,” a butter-drenched sweet roll that inspired the Frontier Restaurant’s own fabled roll.

The Frontier is a restaurant in which memories are made and long held onto. Just as citizens of my generation remember precisely where they were and what they were doing when John F. Kennedy was assassinated, practically everyone in Albuquerque remembers their very first visit to the Frontier. It’s wholly unlike any other restaurant in the Duke City–an institution, a Route 66 landmark on historic Central Avenue and a bastion of inexpensive, but good food (it’s not hoity toity enough to be called cuisine).

The Frontier has long been a refuge for UNM students, generations of which have studied long into the night in relative quiet (compared to a dorm room) and safety. For nearly two decades, it served studious or hungry patrons 24 hours a day, 7 days a week, 365 days a year. In October, 2006, operating hours were scaled down because fighting often ensued among drunken revelers who got the munchies after their favorite watering holes closed down.

They also keep diners well fed–feeding some 4,000 people on weekend mornings (200 to 300 “covers” per hour). The Frontier is staffed by some 170 employees, all of whom are in constant motion to keep up with the lines of hungry diners. Those diners queue five or six deep from the entrance to the long order counters, but the staff keeps things moving smoothly (Disney could learn a thing or two). The menu lists fifty-some items, mainly New Mexican food, burgers and sandwiches.

In July, 2009, USA Today published an article entitled “Ten Great Places to Eat Regionally, Eat Well.” Author Michael Stern who co-wrote the definitive 500 Things To Eat Before It’s Too Late listed his ten favorite restaurants. On that list was the Frontier Restaurant. Considering Stern has dined at tens of thousands of restaurants, to be singled out as one of his ten favorite is a lofty accolade indeed.

On the 500 Things… tome, the Frontier Restaurant’s carne adovada was listed as the third best carne adovada in America. Calling it “the great bargain carne adovada–no less delicious for its $1.99 price–is a burrito at the Frontier in Albuquerque,” it was described as having “just enough chile-infused meat intense enough to turn the tortilla that wraps it the color of sunset.” The book also named the Frontier’s huevos rancheros as the second best among the genre throughout the Southwest.

When he traveled through Albuquerque for a taping of the Travel Channel’s Man vs Food Nation (which aired for the first time on June 22nd, 2011) Adam Richman stopped at the Frontier for the Bonanza Burger, the Frontier’s version of a green chile cheeseburger crafted from two quarter-pound patties, Cheddar cheese and bacon topped with New Mexico’s favorite fruit-vegetable–our beloved green chile. He called the Frontier “the go-to place for green chile smothered grub.” While the Bonanza Burger did not garner enough votes to make the New Mexico Green Chile Cheeseburger Trail in 2011, its nationwide exposure may put it over the top on the next trail.

In honor of Richman’s visit, the Frontier created the “Adam Bonanza” burger named for the affable Man Vs. Food Nation host. This burger behemoth is constructed from two quarter-pound grilled beef patties, double cheese, double green chile and double bacon. It’s one of my very favorite burgers (top five) in Albuquerque. Though Richman contended that the Bonanza burger “kicks and burns you with its chile,” the chile is rather mild though very flavorful with fine roasted qualities. Richman was spot-on when he said “it’s an excellent quality bacon cheeseburger, but the green chile takes it to a whole other level.” The beef is prepared at medium-well, but still manages to be juicy and delicious with a smoky grilled flavor that marries wonderfully with the bacon.

As popular and famous as the Frontier has become among visitors to our fair state, no one has as high a regard for the Frontier as the generations of locals who have frequented it for four decades plus. Readers of Local IQ, Albuquerque’s Intelligent Alternative, have voted it the Duke City’s best for “late night eats,” “best cheap eats,” “best green chile” and “best breakfast burrito.”

On Chowhound.com one local even called the Frontier “the quintessential New Mexican” restaurant. It’s a sentiment echoed by callers during Ryan Scott’s pioneering and much-missed Break the Chain radio program. To detractors (and there aren’t as many of those as there are aficionados) that’s akin to saying Pace’s Picante sauce is New Mexico’s quintessential salsa. I’m of the mind that from an experiential perspective it is definitely the quintessential university area restaurant in the Duke City, but won’t go any further.

It’s not just Local IQ and Chowhound readers who esteem the Frontier’s breakfast burrito so highly. In its September, 2011 issue the Albuquerque The Magazine staff undertook the ambitious challenge of finding the very best breakfast burrito in the Duke City. The winner of the “Breakfast Burrito Brawl” turned out to be the Frontier Restaurant which on a typical Saturday or Sunday can serve as many as 800 of these tortilla-encased treasures.

It’s no mystery that another “local” held the Frontier in very high regard. In fact, legendary award-winning mystery author Tony Hillerman more than once made the restaurant a setting in his Joe Leaphorn and Jim Chee mystery novels. Hillerman also wrote unabashedly about his love for the Frontier in the November, 2005 edition of New Mexico Magazine.”

Aside from the aforementioned carne adovada, huevos rancheros and now the Bonanza Burger, there are several entrees for which the Frontier is known, but the item most frequently mentioned as a favorite seems to be the fabled Frontier rolls. Served hot, buttery and gooey with a cinnamon sugar glaze, they pack a day’s worth of teeth-decaying, waist-expanding calories, the kind you enjoy consuming. They’re among the very best cinnamon rolls in the Land of Enchantment.

Pundits and first-timers also agree on the green chile stew–it’s easily among the most popular in town. Served from a steaming cauldron, it has a piquant bite locals appreciate. Alas, the green chile stew is served with paper thin tortillas prepared production line fashion before your eyes by a machine. Considering the quantities of tortillas served daily at The Frontier, it’s certainly more efficient than using the more tradition methods employed by New Mexican abuelitas for generations. No assembly line contraption, however, can match the aroma or taste of hand-formed tortillas off-the-comal.

If you order enchiladas or burritos, you’re asked if you’d like them with the green chile stew, but you can also have them with the restaurant’s chopped green chile or better yet, Christmas style. The Frontier’s version of “Christmas style” doesn’t necessarily mean a demarcation in which a clear boundary is established between the red and the green chile. As shown in the image above, you can’t tell where the red chile ends and the green chile stops. Trust me, that’s not a bad thing. The amalgam makes for an interesting flavor combination of medium piquancy.

The menu is segmented into breakfast, platters, hamburgers, sandwiches, New Mexican food and bulk items (like six-packs of the aforementioned Frontier rolls). There literally is something for everyone. The fresh squeezed orange juice is some of the best I’ve had anywhere–wholly unlike the doctored, pulpy and cloying stuff you buy in grocery stores. Orange after Florida sunshine nourished orange is squeezed into a refreshing juicy goodness. The Frontier’s hot chocolate simply makes you wish it was winter year round. Breakfast is served all day long–and a day’s worth of carbs and calories is what you might have if you order even a short stack of pancakes. These are thick, fluffy orbs made golden brown and just beckoning for butter and syrup.

Whether or not the Frontier Restaurant is Albuquerque’s “quintessential New Mexican restaurant,” can certainly be debated. I would suggest doing so over an Adam Bonanza burger and a Frontier roll chased down by fresh-squeezed orange juice.