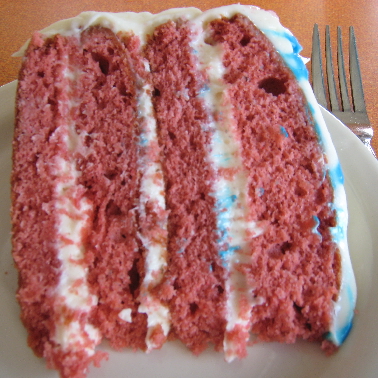 Back in the mid 70s, anyone in Albuquerque’s southeast quadrant who wanted privacy knew they could find it at the Burger Chef restaurant in the Gibson and San Mateo area. It was the place in which employees from nearby Sandia and Kirtland conducted one-on-one meetings when they didn’t want to be disturbed.

Once a burgeoning franchise second only to McDonald’s in the fast food arena, Burger Chef was in a state of rapid decline and even during lunch hours, few diners patronized it.

Our inaugural dining experience at The Cup awakened memories of Burger Chef and the sheer feeling of aloneness I once felt when on the receiving side of bad news (the “Dear John” kind).

That’s because on a Friday night when every other restaurant along the Pan American frontage road was overflowing with hungry patrons, we were the only diners at The Cup for nearly forty minutes. Considering The Cup is sister restaurant to the popular Gold Street Caffe, the emptiness seemed like something out of the Twilight Zone.

We’re also talking the Pan American frontage road area within easy walking distance to the Century 24 theater. All the restaurants clustered in this area and their parking lots are typically nearly filled to capacity on Friday nights.

We never miss Cynthia Izaguirre’s “Red or Green” restaurant report in which she exposes Albuquerque’s best and worst restaurants when it comes to food safety, so we knew The Cup hadn’t been singled out for rodent infestation or not complying with cold or hot storage requirements.

So why the dearth of diners? I surmise it’s partially because the Northeast Heights crowd isn’t as into leisurely paced meals at locally owned and operated restaurants as are the downtown hipsters and movers and shakers.

The Cup is ensconced in an area replete with chain restaurants, some with national prominence: Texas Land and Cattle, Subway, Cold Stone and further down the frontage road, Papadeux, Fuddrucker’s and Dickey’s Barbecue. The Duke City is very much still a town that loves its chains.

Still, this is the sole scion of the fabulous Gold Street Caffe we’re talking about so my hopes are it gets “discovered” quickly because it serves a niche market in an area infested by corporate chains.

Though the menu mirrors its more established sister’s, The Cup renamed the names of its entrees, some taking their title from campy 80s hits (such as Shot Through the Heart of Romaine Lettuce) and others taking phonetic liberties (The Cup Not Yo’s, Flash Fried Kalamarheehee, Phish Tahkos).

It pays to be very familiar with the Gold Street Caffe’s dinner menu, which we were not. As a result, we didn’t know (and our waitress never told us) until walking out the door that The Cup features four entrees not listed on the menu including a seafood stew I certainly would have ordered. We also forgot to ask about the nightly dinner special and the waitress didn’t tell us about it (it’s not as though she was too busy).

So what we were left with were familiar appetizers, salads, sandwiches and “South of Albuquerque” items we’ve seen on the Gold Street Caffe’s lunch menu.

One of those appetizers is The Cup Not Yo’s (nachos, get it?), a mountain of corn tortilla chips topped with black beans, Jack and Cheddar cheese, sour cream, fresh salsa and “the freshest guacamole this side of the Rio Grande.” You can also choose from grilled marinated shrimp, chicken breast or veggies.

The Cup Not Yo’s lack the piquant bite with which some nachos in town are imbued by adding jalapenos, but where they lack in bite, they more than make up for in freshness. The ingredients go well together.

Like the Gold Street Caffe, The Cup uses as its canvas for sandwiches and burgers only bread from Santa Fe’s Sage Bakehouse, a state treasure. That means some of the very best bread anywhere: farm, whole wheat, sourdough or focaccia. It was tempting not to order a side of Sage Bakehouse toast with jam for dessert–and we would have had we not seen a red velvet cake under glass.

If you’ve ever pondered the quintessential (representing the perfect example of a class or quality) burger in town, The Cup makes an audacious claim with a burger by that name. The Quintessential Burger is a half-pound of ground sirloin on focaccia with all the fixings. You select the cheese you want then top it with either green chile or caramelized onions. For an extra buck, you can also have bacon, guacamole or sautéed mushrooms.

Green chile and gorgonzola are a taste combination which can really enliven the taste of beef (not that it’s needed in this case). There’s just something about mildly piquant chile and a pungent cheese that complements beef. Then there’s red onion, crisp lettuce and that heavenly light Bakehouse focaccia to ameliorate the rest. This might not be the quintessential burger, but it’s pretty darn good.

The sirloin French dip sandwich, also on a canvas of focaccia, features sliced sirloin steak with roasted red peppers, provolone and a wonderful green chile au jus so good you’ll want to drench your sandwich Italian beef style in it. The au jus, in fact, makes a terrific dip for pan fries should you select them as your side.

Other sides which come standard with each sandwich include a cup of soup, chipotle potato salad or chips and salsa.

Desserts are baked in-house in an exhibition bakery. If you’re into retro, rich and ruby-hued, the red velvet cake has your number. Red velvet cake was all the rage in the 60s and it’s easy to understand why when you bite into The Cup’s red rendition. It’s a multi-layer cake filled and frosted with cream cheese frosting. Though basically a devil’s food cake whose batter is doused with food coloring to give it its red patina, red velvet cake is oh so good. You’ll love The Cup’s version.

There are, in fact, many things to love about The Cup. Given time it will carve out its own identity and thrive in the Northeast Heights as its sister has in the burgeoning downtown area. Given time it won’t be the loneliest place in town for dinner.