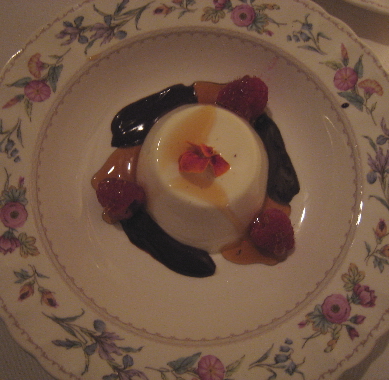 “But the moment I saw the brilliant, proud morning shine high up over the deserts of Santa Fe, something stood still in my soul, and I started to attend. There was a certain magnificence in the high-up day, a certain eagle-like royalty, so different from the equally pure, equally pristine and lovely morning of Australia, which is so soft, so utterly pure in its softness, and betrayed by green parrot flying. But in the lovely morning of Australia one went into a dream. In the magnificent fierce morning of New Mexico one sprang awake, a new part of the soul woke up suddenly, and the old world gave way to a new.”

In a 1928 essay called “New Mexico,” prolific writer D.H. Lawrence wrote that “New Mexico was the greatest experience from the outside world that I have ever had.”  Lawrence believed New Mexico liberated him from the present era of civilization.  In a sense, the Land of Enchantment healed his spirit.

There is so much about New Mexico that is salubrious to the health of mind. body and spirit.  What spirit wouldn’t be buoyed by our cobalt skies with their endless depth of  graduating color intensity as they are frequented by fluffy white clouds, the type from which fairy tale castles are built?

Not only are New Mexico’s skies and clean, fresh air blessed with healing qualities, Mother Earth issues from her core, a seemingly endless supply of steamy, bubbling hot mineral water known for centuries to contain medicinal properties.  Both the indigenous Native Americans and Spanish Conquistadors considered those mineral springs sacred ground,  This “agua santa” or holy water was thought by some to be the source of the fabled and elusive Fountain of Youth.

I suspect New Mexico’s soothing waters may have been the inspiration for chef Brian Knox naming his restaurant Aqua Santa.  Certainly his menu pays tribute to the spirit of those qualities which make New Mexico a healthful haven and respite for the ill of health and the weary.

Knox is a proponent of farm-to-table meals, frequenting the Santa Fe Farmer’s Market for the freshest in seasonal organic produce.  Frequent guests have come to realize that the menu at Aqua Santa changes frequently, major portions of it, in fact, changing daily.  Knox literally reinvents his menu to correspond with the best and freshest ingredients available that day at the farmer’s market and what is otherwise organic and seasonal.  His propensity for changing the menu daily was recognized in an October, 2007 article  on Gourmet magazine highlighting America’s best farm-to-table restaurants.

Considered one of Santa Fe’s most staunch advocates of the “slow food” movement, Knox actively promotes the preservation and use of local and traditional food products.  His slow food practices are the antithesis of fast food in that they are healthful and flavorful.

During the 2008 filming of Rachael Ray’s Tasty Travels show, Knox explained, “when you eat here, we want you to experience a flavor explosion and something different than you’ve either eaten at home or at another restaurant in any part of the world.  What we want is a really fresh, clean, simple presentation and taste.”  By most standards, he succeeds, meeting his self-imposed challenge with a refined, inventive and sophisticated menu featuring distinctive ingredients at the height of freshness.

Knox launched Aqua Santa in 2004, nearly eight years after closing Escalera, one of the most popular restaurants in Santa Fe.  A homey, dimly-lit one-room restaurant in which the exhibition kitchen seems spotlighted like the focal point it is, Aqua Santa invites comparisons to  rural European restaurants.  An oval antique table in front of the exhibition kitchen is set with a basket brimming with large loaves of artisanal country bread, a crystal vase of flowers and several bottles of wine.  Aqua Santa is reputed to have one of the most sophisticated wine lists in Santa Fe.

The wait staff is courteous and attentive, reflecting the geniality of Chef Knox who flits from table to table greeting guests and ensuring their comfort.  He is the consummate host and his wait staff his disciples of dining decorum.

Even the “non-adult” beverage selection at Aqua Santa shows refinement.  Hot and cold teas are sweetened with your choice of natural sugar or honey, no artificial sweetener here.  Nor will you find Coke or Pepsi products offered.  If you want a carbonated beverage, it’s either San Pellegrino Limonada or Orangina, both of which are quite good.

As you peruse the menu in awe-struck amazement at the seemingly preternatural melding of ingredients, a half-loaf of sliced bread and pads of butter are brought to your table.  We were lucky enough to have been served an unsalted white bread as delicious as any bread we’ve had.  A hard-crusted exterior belies a pillowy soft interior on which butter spreads easily.

As often as he can get it shipped fresh, chef Knox includes an appetizer featuring burrata, a fresh Italian cheese made from cream and mozzarella.  Its outer shell is solid mozzarella while the inside contains both mozzarella and cream, rendering it unnaturally soft. My friend and fellow gourmand Sandy Driscoll  (the very best dog trainer in Los Angeles, by the way) introduced me to burrata last year and absolutely loves it.  She’s fortunate enough to live very close to where this cheese is made and incorporates it in many of her own recipes.

For the rest of us fromage fanatics, Aqua Santa is one of a select few restaurants in New Mexico to offer burrata.  Chef Knox displays his passion for ingredients and his inventiveness by offering burrata in combination with the fresh vegetables of the day, be they porcini mushrooms, mustard greens or crisp baby artichokes.  Baby artichoke is somewhat of a misnomer because these are fully mature versions of the traditional artichoke, only smaller than most of us are used to.

The baby artichokes are roasted to a delicious crispiness then blanketed with a large “dollop” of burrata.  The combination is an adventure in textural appreciation–from the coarse yet delicate artichokes to the unique textures (exterior and interior) of the creamy burrata.  This is a fabulous appetizer you have to experience to truly appreciate.

Another fabulous appetizer are the pan-fried black pepper oysters with aioli and watercress.  The oysters have just a whisper of breading, just enough to hold in all the plump oyster meat, allowing the slightly briny, slightly sweet flavors to shine.

From among the entrees, there are several “must have” options, but since most us of have neither an unlimited budget or appetite, one I recommend highly is the Shepherd’s Lamb, a certified grass-fed organic lamb, which is braised ’round the clock’ with fennel and rapini greens. Chef Knox may not be able to tell you who the lamb’s parents were, but he can certainly tell you where it was raised and its diet.  He certainly will share his appreciation for the heritage breed.

My experience with entrees made with fennel is that it’s either not discernible in the least or the flavor absolutely dominates the entree, in some cases imparting an almost licorice strong flavor.  Under Chef Knox’s skillful hands, the fennel is a terrific contributor and complement to several other flavor combinations.  The hint of fennel melds wonderfully with the delicate simplicity of the lamb which lacks all of the characteristic gaminess for which the species is sometimes known.

The other indication this is no ordinary dish is the sheer tenderness of the lamb.  I’m talking fork-tender, falling apart meat partially submerged in a flavorful ragu.  The rapini greens have a slightly pungent, maybe even a bit of an acidic taste, but they are very complementary in combination with the other ingredients.

Another fabulous entree is Aqua Santa’s Garlic Sausage Stuffed Quail with arugala crostini and an onion raisin sauce.  We were amazed at just how much garlic sausage can be stuffed into the cavity of a quail, not an especially sizeable bird.  As with many of Chef Knox’s inventive creations, there is a lot going on with this entree in terms of flavor discernment.  The sausage has just enough garlic to let you know it’s there.  The onion raisin sauce offers just enough sweetness to provide a flavor contrast in the most complementary manner.

A testament to the chef’s propensity for risk-taking was demonstrated in the amuse bouche with which we were presented even before ordering.  An amuse bouche is a bite-size morsel traditionally served before the first course of a meal.  It is not something you order.  Consider it a “gift from the chef.”  Anyway, our amuse bouche was two  grilled quail legs covered with a tangy tamarind sauce.  Rather than dissuade us from ordering something else featuring quail, it may have inspired us to have more.

Desserts, all created in-house, are equal to the entrees.  The buttermilk panna cota with bittersweet chocolate sauce and raspberries came highly recommended by our waitress.  Panna cotta is not unlike flan in that both are light, silky egg custards often flavored with caramel.   Aqua Santa just does it better thanks to the infusion of rich buttermilk and the complementary sweet, tangy and bittersweet flavors of chocolate and raspberries.

Perhaps even better is an angel food cake with a raspberry and strawberry compote and housemade whipped cream with edible flowers.  The angel food cake is moist, soft and creamy with just a bit of characteristic sponginess.  It’s the best angel food cake I’ve ever had, a dessert that earns its name.

Aqua Santa is everything superlative said about it and so much more.  It is one of the best restaurants in Santa Fe, a unique gem under the helm of an equally unique chef and owner.  Put it near or at the top of your “must visit” list.