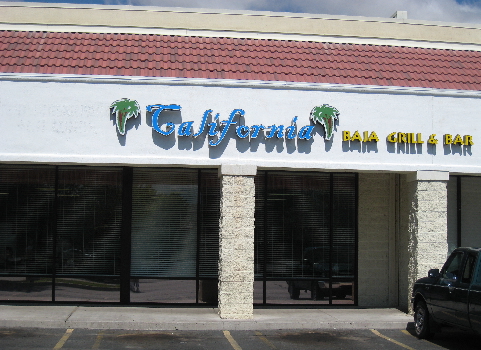 Several years ago, I introduced my good friend John Bennett to the exhilaration of verbal sparring with the shopkeepers at the mercados of Juarez, Mexico, a vibrant border city in which aggressive bartering is considered not only an honorable sport, but the only way to ensure any semblance of a fair exchange. The shopkeepers expect it and will respect your attempts to purchase their baubles, bangles and trinkets at the price you believe is fair.

When John decided to bring back some Mexican coins for his son, a novice numismatist, I advised him to get no more than a quarter’s worth of coinage. As usual he didn’t heed my advice and asked one of the shopkeepers to exchange a five dollar bill for as many coins as it would buy him. Not only did he clean out the shopkeeper’s register, the exchange rate being what it was, John wound up weighing down all his pants and shirt pockets with coins. Struggling to keep his pants up, he jingled all the way back across the border, looking and sounding like a circus clown in the process. He’s never lived down the experience.

As we studied the menu at California Baja Grill & Bar in Rio Rancho, I wondered if some of the prices were in pesos not in dollars. It’s not everyday you see seafood entrees–even in landlocked Albuquerque–priced in the mid-forty dollar range. Then again, it’s not everday you find seafood of the high quality and astounding quantities of the seafood entrees served at the city of vision’s first mariscos restaurant.

We didn’t quite know what to expect as we approached the shopping center edifice which for years served as the home of Weck’s in Rio Rancho. “California cuisine” is a pretty overarching term that covers everything from fish tacos which are all the rage in the San Diego area to the sophisticated culinary fare of San Francisco to the grunions which are caught by beach goers as they (the grunions, not the beach goers) flop on shore to lay their eggs.

You’ll have a better clue as to what this restaurant is all about as you’re being escorted to your table. Decorative fishing nets and other marine-life accoutrements evince clearly that the restaurant specializes in mariscos, or Mexican seafood. One rear wall is dedicated to the golden bear flag of the great state of California and to what appears to be the shirt of a sports team emblazoned with the name of the city “Chicago” with the subtext “California Baja Grill.” Potted faux coconut trees and their hard-shelled fruit are positioned throughout the restaurant.

You won’t be seated long before a small bowl of salsa and a basket of chips and crackers are delivered to your table. The salsa is somewhat watery and at first appears to have virtually no piquancy. It’s got the kind of heat that sneaks up on you and before long your tongue may catch fire. The chips are low in salt and perfect for dipping into the salsa because, thin as it is, you won’t be able to scoop it up.

The menu includes an entire pageful of ceviche, some of which may send you into sticker shock. Three of the ceviche offerings are priced at just under $25 for a medium portion and only a penny less than $45 for a large portion. We were assured the portion sizes were prodigious, but if you don’t want to empty your wallet or purse to confirm that, order a tostada de ceviche.

Make it a tostada mixta, a melange of fish, octopus, imitation crab and shrimp atop a crisp tortilla shell. all invigorated with lime, cucumber and tomato. Shrimp is an oxymoron for this delicious decapod. What is delivered to your table are some of the largest, most crisp, fresh and delicious crustacean you’ll ever have on an order of ceviche. They are wholly unlike the tiny shrimp you generally find on Mexican ceviche.

Prodigious purplish hunks of octopus and sweet imitation crab complement the shrimp well. What makes the seafood special is that it’s allowed to shine on its own accord. It’s not dominated by the tartness of lime or the acidity of tomato. It’s equally, deliciously briny and sweet, a real treat.

Shrimp is a specialty of the house at the California Baja Grill and it’s prepared in various ways. One unique way is enrobed in a light, flaky cornmeal crust–empanadas de camaron, or shrimp empanadas. These individual-sized empanadas are engorged with sweet, succulent shrimp and served with a green salsa with even more piquant potency than its red counterpart. That piquancy is the perfect countermand for the sweetness of the crust and shrimp. These empanadas are a genuine treat and can be purchased by the half or full dozen. You’ll want to take some home with you.

Shrimp is but one of the terrific ingredients in another specialty of the house, Caldo Siete Mares(Seven Seas Soup). Other ingredients include octopus, crab legs, fish, mussels, scallops and an entire langoustine. Langoustine, if you’ve never had it, is sometimes known as Norweigian lobster and indeed it does resemble its larger cousin, albeit with a thinner shell and slimmer body. Even more than lobster, langoustine has a sweet, subtle flavor and delicate texture.

The crab leg is sliced down the middle so you can easily extricate its sweet meat. The mussels are of the New Zealand green lip variety while the scallops are fleshy and tender. The broth is imbued with the flavors of the bounties of the sea, but it’s also meant to be flavored with red onion and chile de arbol. Pinch the chiles so the chile “dust” and seeds fall into the broth for an excitingly piquant flavor complement.

This Caldo Siete Mares is served in a swimming pool sized bowl (it has to be that large to accommodate all the ingredients). It’s the only caldo of its kind we’ve had in the Albuquerque area which isn’t in dire need of desalinization. That allows for flavor discernment and appreciation the way it’s meant to be.

Still another terrific shrimp entree are the Camarones Costa Azul, shrimp wrapped with bacon strips then smothered with cheese and a sauce of sauteed green and red peppers and onions on a chile enhanced, tomato based sauce. This is an entree not usually served with a sauce and more often than not, it’s an entree as dry as an early summer day. California Baja Grill’s rendition is probably the best we’ve had in the Duke City area. It’s rich and flavorful, replete with complementary and contrasting sweet, piquant and savory flavors.

This entree is served with rice and beans, both of which are quite good. The rice is cooked perfectly with each kernel seemingly separated from the other and not clumped like rice is sometimes apt to be. It has a nice, buttery flavor. The beans are mashed, but not refried. It’s another restaurant specialty.

The California Baja Grilled is owned by several business partners out of the Mexican state of Nayarit on the Pacific Coast. The group has ambitious plans for their restaurant and has leased the space next door which they will use as a sort of Mexican style, family-oriented sports bar connected to the restaurant. The only thing that might put a damper on their plans is lack of patronage. It’s ensconced in a low-trafficked area and is not well known. That hopefully won’t be the case for long because this is a special restaurant which should be around for a long time.