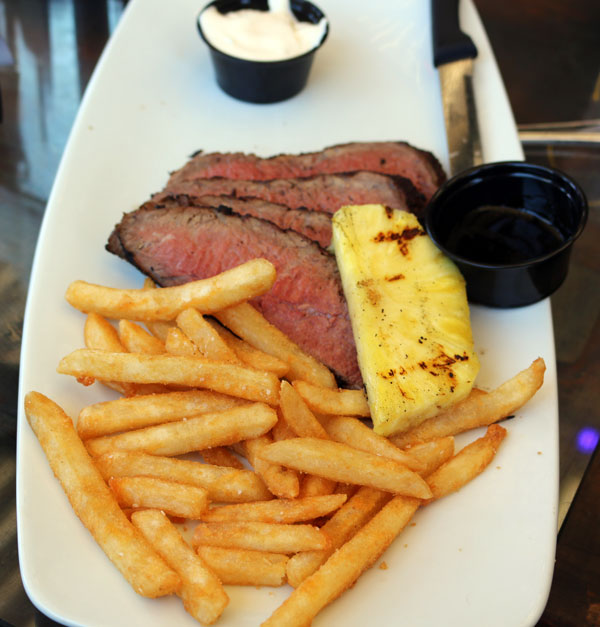 “I wanna rock and roll all night and party every day.”
~Kiss

For generations, American teenagers have undergone a rite of passage that has contributed greatly to their angst. That rite of passage is the ego-deflating criticism of the music they enjoy. Just as our parents hated the music we listened to, we hated the music our own children enjoy. It just seems ingrained in their DNA that parents will hate the music their children enjoy. Parental disapproval of their progeny’s choice in music probably achieved its heights (or low point) in the late ’50s when rock ’n’ roll was considered “the devil’s music” and Elvis’s gyrating pelvis was considered downright obscene. Music—whether it be punk rock, hardcore, rap, reggae or metal—still raises the rancor of parents.

For teens of my generation, the target of our progenitors’ odium was rock and roll, albeit rock and roll with more adrenaline-stoked energy and attitude than the sappy, saccharine pop music with which they grew up (and which their own parents detested). Perhaps in defense of our music or in rebellion against parental stodginess, we adopted a song called “Rock and Roll All Night” as our anthem, the rallying cry for kids of our generation. The simply lyrics “I wanna rock and roll all night and party every day” expressed the vitality and enthusiasm of our youth. Our parents just didn’t get it.

Today, the fifty-somethings who once adopted Rock and Roll All Night as our anthem don’t have quite as much energy as we once had. While the song still moves us, we don’t move to it as we once did and would probably herniate ourselves if we attempted the frenetic dance moves of our youth. The same can’t be said of KISS, the sexagenarian band who released the song in 1975 in their Dressed to Kill album. KISS is still contorting corbantically on stage with a touring schedule that would exhaust musicians several decades their junior. You might wonder how KISS front men Gene “The Demon” Simmons and Paul “Starchild” Stanley also find the energy to be so active in Rock & Brews, a rock-and-roll themed restaurant concept of which they’re very involved partner-owners.

The successful 2012 launch of Rock & Brews flagship location in El Segundo, California was a portend of great things to come. Albuquerque’s Rock & Brews franchise became the eighth to launch, but an ambitious worldwide expansion plan promises as many as 100 more in five years. With a hybrid concept that’s as much a family-friendly restaurant as it is an entertainment venue, it’s been a Duke City favorite from day one. In all honesty, however, we would not have visited had a late April day been so windy as to make “al fresco” dining al anima” (dining in the wind). Rock & Brews offers a dog-friendly covered and heated patio…just what we needed.

Frankly, we were expecting an over-the-top tacky experience similar to the Hard Rock Café. Instead, Rock & Brews is about as family-friendly as any restaurant in town. Picnic-style tables invite communal dining while leather couches beckon those of us who appreciate being enveloped in more spacious and comfortable seating. Concert posters and album covers blown up larger than poster-size make up much of the wall art though just as many eyes are trained on the restaurant’s 26 televisions, some tuned in to sports and others showcasing music videos (many of the vintage MTV variety).

Rock & Brews is located on Montgomery just west of San Mateo in the Northeast Heights. It occupies the space which once housed such restaurants as Zea Rotisserie & Grill and Coronado Crossing, both of whom initially showed promise, but were ultimately short-lived. Only Harrigans seemed to have staying power at that location. As long as there are rock and roll devotees, Rock & Brews will probably thrive at this location though it may not be frequented by those among us for whom the operative word in dining experience is “dining.” As much as we appreciated being sheltered from the buffeting winds, great rock and roll music and the company of our darling dachshund The Dude (he abides), the excitement which characterizes a KISS concert is direly lacking in much of the food.

With a Web site touting a menu proudly presenting “non-traditional, creative spin on fresh, quality American comfort food, including wings, salads, burgers, sandwiches and pizza, along with a variety of diet-conscious, gluten-free and healthy options,” our expectations were geared toward an upgrade over what we’d get at Chili’s or Applebee’s…and that’s pretty much what we got. Befitting a rock and roll themed restaurant, the menu is peppered with thematically named entrees such as “Sgt. Pepper’s Jalapeno Poppers,” “Hotel California Cobb Salad,” “Beast of Burden Chicken Sandwich” and “Freebird Chicken Sandwich.” Appetizers are “Opening Acts,” dietary salads are “Rockin’ Fit,” sandwiches are “Headliners” and desserts are “Encores.”

Hoping for a New Mexico or even Mexico meets Hawaii, we opted for the Hawaiian Street Tacos, four smallish taco shells with ahi poke, avocado and a sesame vinaigrette with the sushi-standard combination of wasabi and soy sauce on the side. Ripe, fresh avocados dwarfed the poke, both in size and in flavor. There just wasn’t much poke in each taco. Worse, the taco shells—deep-fried flour tortillas folded into a shell—were overly crispy and fell apart at first bite. Much preferable would have been a pliable, fresh corn tortilla.

Much more exciting were the side salads we added to our entrees. Fresh, crisp greens, sweet grape tomatoes, julienne carrots, cucumber slices, house croutons and a shredded mixed cheese blend are generously piled in a bowl and served with your choice of dressing. The lemon pepper vinaigrette has a nice blend of sweet and tangy notes that complement the salad very well while the blue cheese is creamy and thick. Our salads were served at the same time as the fries we also requested with our entrees. The sweet potato fries, in particular, are terrific—thicker and longer than most. Ketchup need not be applied.

We were pleasantly surprised to see tri tip among the “market fresh” offerings. Tri tip, often referred to as a tri tip steak or roast, is an extremely popular cut of meat in California where it first came into popularity. It comes from a section of the beef called the sirloin bottom and is generally grilled then sliced into thin pieces. Although Rock & Brews version is prepared with a savory rub, you’re invited to choose your topping from such choices as Asian glaze and sweet and spicy Sandia. They’re hardly necessary. The tri tip is delicious, as much akin in texture and flavor to a prime rib as to a steak. Prepared at medium rare, it’s juicy and tender. An accompanying grilled pineapple slice is lagniappe, a very welcome treat.

Eight craft burgers—all served with your choice of crispy fries, house salad, rockin’ rice, fresh fruit or steamed vegetables–adorn the menu. For a pittance more, you can opt for sweet potato fries (worth springing for) or a side salad. You can also ask for green chile with any burger you select. Fresh ground chuck is the beef of choice. It’s hand-formed and grilled to medium (pink in center) unless otherwise specified. On paper, each of the burgers will get your juices flowing—for me, none more than the Ultimate burger (brioche bun, double melted cheese, iceberg lettuce, tomato, caramelized onions, pickles and Thousand Island dressing).

Alas, the Ultimate burger is better on paper than it is on a plate. Our chief complaint is about the brioche bun which we found to be uncharacteristically dry. It seemed to sap the moistness out of other ingredients we would have expected to provide additional juiciness. We had to remove the single leaf of iceberg lettuce because its thickness also detracted from the flavor of other toppings. Frankly, we didn’t get much from the Thousand Island dressing either. Jack in the Box offers an “ultimate cheeseburger” which is significantly superior to Rock & Brews ultimate.