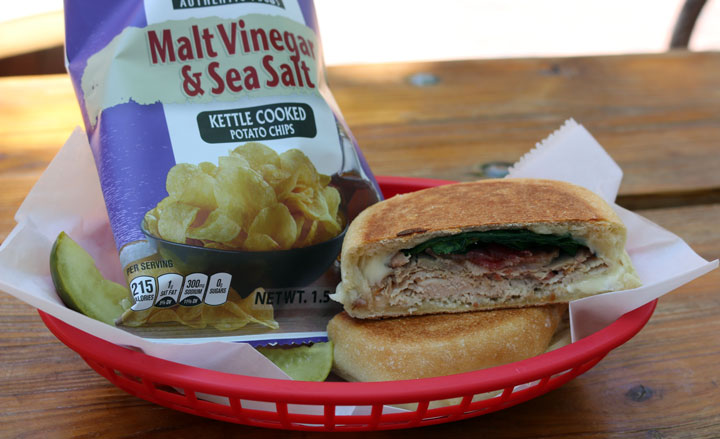 In the 2008 Will Ferrell comedy Semi-Pro which centers on a fictional professional basketball team, there’s a scene in which Ferrell’s character wrestles with a grizzly bear at halftime of a game. While young viewers might find this scene preposterous, if not unbelievable, some of the more geriatrically advanced among us might remember when such promotions actually took place–usually at rural county fairs where members of the audience were offered money if they could last a few minutes with a wrestling or boxing bear.

Bears who were forced into pugilism or grappling were typically de-clawed, de-fanged, fitted with a muzzle and often even drugged. Despite these disadvantages, the 600- to 800-pound Ursidae could easily defeat anyone who stood before them. Most matches lasted less than a minute (longer than George Costanza lasted in the Festivus Day feats of strength wrestling match with his dad). Although enthusiasm for bear wrestling and boxing has waned with the rise of animal rights, a barbaric subculture still exists which gets its jollies from watching animals fight.

Boxing Bear Brewing Company’s logo-slash-mascot depicts a bear walking on all fours, a red boxing glove covering its right front paw. Both the brewery’s motto–beer with a punch–and several beers–Hairy Mit, Ambear Ale, Paw Swipe Pale Ale, Uppercut, Red Glove Red Ale, Barril de Oso–are thematic. If the Boxing Bear Brewing Company continues to earn accolades, the New Mexico state legislature may add a red glove to the image of our state animal, the American black bear. In 2017, the Brewery won third place for Best Brewpub in USA Today’s 10 Best Reader’s Choice national poll. In 2016–in only its second year of competition-it was named Mid-Size Brewpub of the Year at the Festival.

Boxing Bear launched in 2014 at the capacious 8,200-square-foot complex which previously housed Elliot’s and before that The Cooperage West. It’s situated on the northeast corner of the Alameda and Corrales intersection. Although not part of its name, Boxing Bear is also a winery, producing and serving local varietals all made locally. This sets it apart from most traditional brew pubs in the Duke City. Another people-pleasing aspect that sets it apart is its use of the great outdoors. Nestled beneath towering shade-providing trees and flanked by shrubs and flowers is a sprawling dog-friendly patio. Blaring speakers mean your conversational volume has to go up just a bit.

While several brew pubs (Bosque Brewing Company and Starr Brothers Brewery come to mind) across the Duke City have embraced the gastropub spirit of serving high-end, high-quality food with their libations, Boxing Bear’s menu is rather Spartan. Essentially, everything on the menu can be prepared on a panini press or crock pot. Boxing Bear’s focus is clearly on its award-winning beer and wine. Its culinary fare won’t win any awards, but it’s good, basic beer accompaniment. The menu lists five items “to share,” six grilled paninis and three hot dogs. That’s it.

For us, the big culinary draw were the nachos. Dancing Bear’s “to share” menu promised “a pile of chips served with your choice of Ambear-infused Korean BBQ pulled pork or Texas chile topped with house-made beer-infused queso, pickled jalapenos and a dollop of sour cream.” They had us at “Korean BBQ pulled pork.” Alas, whatever beer-infusion process was used on the queso was rather ineffectual; the cheese was reminiscent of the gloppy, canned cheese often used on ballpark nachos. Worse, the “Korean BBQ pulled pork” was more akin to Kansas City barbecue pulled pork than to the bulgogi barbecue we were expecting. Still, to cover that pulled pork with the cheese is near criminal.

The terms “panini” and “grilled club” are mutually incompatible. When you think of a “club” sandwich, your mind’s eye conjures images of layered sandwiches—often double- or triple-deckers–piled high with meats and vegetables. Some restaurants pride themselves on the skyscraper-high size of their clubs. Panini, on the other hand, calls to mind pressed (and compressed) sandwiches smooshed down to maybe one layer of a Dagwood sandwich. Panini and grilled club are antithetical! Boxing Bear’s grilled club (turkey, roasted pork, bacon, Swiss cheese, spinach and cream cheese) may not be a two-fisted behemoth, but it packs a very satisfying flavor with fresh ingredients that work very well together. Because the Bear uses telera bread (a flat, crusty white bread often used on tortas), you also don’t have to worry about the panini’s rough texture beating up the roof of your mouth.

Also quite good is the Al’BEAR’querque Turkey (turkey, bacon, mozzarella cheese, green chile, chile mayo, spinach and cream cheese). Though it’s been a pet peeve of mine that far too many restaurants seem to believe every turkey sandwich should be called an “Albuquerque Turkey,” at least this one takes a creative twist. What works best on this sandwich is the combination of delicate turkey and green chile. Even though the Boxing Bear’s chile has a pronounced bite, there’s enough turkey in this sandwich so that it doesn’t get overwhelmed. The combination of mozzarella and cream cheese, two very distinct cheeses, also works very well.

Boxing Bear may not ever become a dining destination, but for savvy cerevisaphiles, it’s become a popular Albearquerque draw.