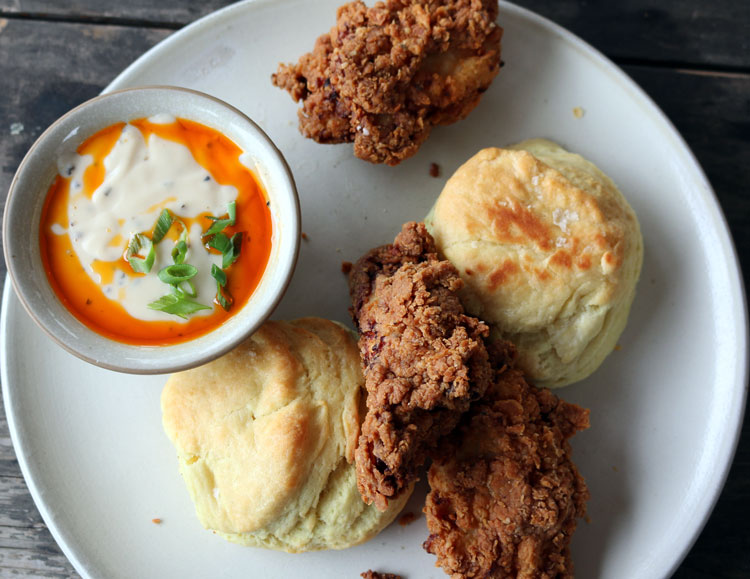 There are a phalanx of “best of” lists online and in print publications that celebrate restaurants deemed true stand-outs worthy of accolades.  Such lists are obviously very subjective though by no means definitive.  That holds true as well to the concept of restaurant review ratings, a mere snapshot in time valid really only to that reviewer at that very specific date and time of a visit.  Still, when we travel, I study the restaurant scene at our intended destinations, taking the pulse of what lay diners and cognoscenti have to say and yes, how they rate a restaurant.  When we visit a restaurant in a city to which we travel, we’re unfailingly well armed with information and know full well what to expect.

More than “best of” lists and subjective ratings, I’ve come to value the notion of “essential restaurants” a concept posited by Eater that recognizes how much the experiential aspects of a meal really matter.  For Eater, “it’s not about the “best” or the most lavish or the trendiest or the prettiest or the coolest restaurants in the country.  It’s an open-armed embrace of all of America’s culinary achievements, a full-throated refrain for the beautiful, satisfying meals we get to enjoy across this country.”  It’s celebrating restaurants that are “high, low, rustic, refined, small, massive,” restaurants that transcend the eating experience and location.

A few years ago, a well-traveled technical instructor out of St. Louis asked me what the best restaurant in Albuquerque was.  He didn’t want to hear me hemming and hawing about the “ill-founded notion of best.”  He had one meal in the Duke City and he wanted to know where he should have it.  I sent him to Mary & Tito’s which, by the way, was recently named one of America’s 38 essential restaurants for 2018.  Not surprisingly he didn’t like it, the glorious chile I had described being too incendiary for his unacculturated taste buds.  Still, he admitted Mary & Tito’s probably IS the best restaurant in Albuquerque, just not for someone whose tastes lean more toward  “Chi-Chis” with its benign “chili” sauces than they do to transcendent red chile with a pleasant piquancy.

In planning our trip to Austin, I knew full well that the city that likes to keep it weird is a widely considered one of the top ten food cities under the spacious skies.  There would be no way we could possibly experience any more than a handful of the myriad and essential restaurants the city has to offer.  As such, we had to make every restaurant visit special.  I looked to Eater for its Fall, 2018 edition of the 38 Essential Restaurants in Austin and hoped some of them would allow our debonair dachshund The Dude to dine with us.  I also got recommendations from Albuquerque Academy and UT-Austin graduate Carmen Rising, now writing for Uproxx.  One restaurant common to both Carmen and Eater was Contigo.

The name “Contigo” though spelled as one word translates from the Spanish words “con tigo” to the English term “with you.”  Fittingly the goal of Contigo is “to offer the community a place to relax, commune, and enjoy great food.”   The restaurant is modeled after the owner’s family’s Contigo Ranch where they “like to eat great food and appreciate friendly company and warm hospitality.” These are the experiential and culinary elements we cherish.  Though not mentioned in Contigo’s “mission statement,” this ranch-to-table eatery warmly welcomes four-legged fur babies to join their two-legged families on an outdoor patio or enjoy al fresco dining under the stars.

Alas, gathering around the fire pit and listening to live blues and rock music, wasn’t in the cards for us.  After being greeted by a delightful 74-degree November day, we were subjected the following day to a cold Austin day, “cold” being a very relative term.  At 43 degrees, it certainly wouldn’t have been considered cold even by Albuquerque standards, but it was windy, damp and overcast.  We were happily escorted to a covered and heated patio where we could remove a couple layers of clothing.  We were happier when one cup after another of hot coffee was ferried over to our table.  It sure took the chill off.

Contigo’s Sunday brunch menu is a delightful revelation in creativity, offering both the familiar and comfortable as well as dishes not often (if ever) offered in the Duke City.  The menu has only two sections: an eleven item entrees section and a section dedicated to pastries though by no means pastries we would have expected (more later).  We were seated on a picnic table in personal space proximity to other diners and their own dogs.  Our servers Scott and Nessa not only took great care of us, they engaged us in friendly conversation, giving us several suggestions on how to maximize our time in their fair city.

Our ordering pattern was somewhat reminiscent of the “one from column A and one from column B” system popular in Chinese restaurants back in the 50s.  That is, we ordered two items from the pastries section of the menu and two items from the entrees section.  First came an apple pie cinnamon roll.  This is an exemplar of two great tastes that taste great together (with all due respect to Reese’s peanut butter cups).  The sweet-tart apples were a great counterbalance to the sweet icing which itself has a tart element courtesy of cream cheese.  The fun of unrolling spiral-shaped cinnamon rolls is even more exciting when you unfurl the dough and reveal the apples within.

The concept of France meets Spain isn’t very far-fetched considering the two European nations border one another across the Pyrenees.  Still, we were both surprised and delighted to see a Churro Croissant on the menu.  The croissant is light, flaky and buttery, more akin to a pain chocolat (what Americans like to call chocolate croissants) than say, a cronut.  It’s better, too.  A light exterior sprinkling of cinnamon and an interior rich with hazelnut filling pair deliciously.  This sweet-savory-buttery marriage is terrific!

Considering my friend Carlos sometimes calls me “buey,” the Spanish word for “ox,” it was only fitting my entree would be ox tongue hash (crispy potato, sauerkraut, grain mustard mornay, fried egg).  Though I’ve had ox tail several times, this was my first ox tongue (though not my first lengua).  Let me say unequivocally, ox tongue is far superior to ox tail, especially the way Contigo prepares it.   Forget any “ick” factor, tongue is delicious, not a far departure from brisket or roast beef.  If you weren’t told what you were eating, you might even consider this hash dish one of the very best you’ve ever had.  It’s got a great diversity of flavors melding into one absolutely delicious amalgam.  The grain mustard mornay and sauerkraut, in particular, complement the ox tongue very well.

Travel to Austin and you can well expect that many menus will offer fried chicken.  That’s a good thing, especially for poultry paramours like my Kim who can’t get enough.  Contigo’s fried chicken and biscuits are top shelf stuff elevated by a black pepper and chili oil gravy which should be bottled and sold.  Long after we forget much of what we’ve seen and done in Austin, we’ll fondly recall the deliciousness of this gravy.  It elevated three pieces of juicy, tender chicken (thigh, breast and wing) to rarefied air.  The biscuits were light and fluffy, just beckoning for butter or a great chokecherry jelly.

Bon Appetit described Contigo as “where Austinites bring their guests when they want to convince them to move to town.”  What could be more essential than a restaurant which inspires that sense of community pride?