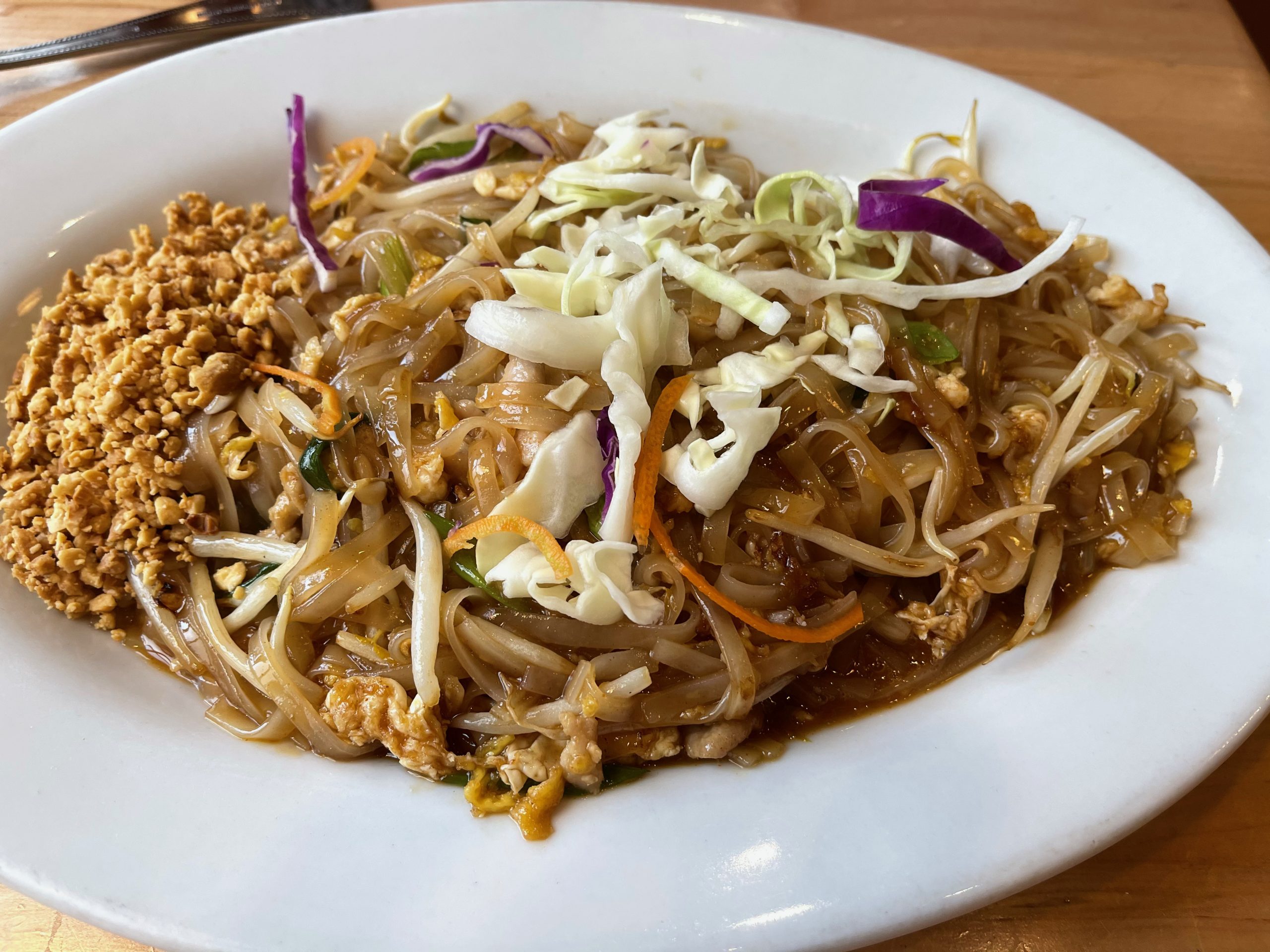 In 2019, Mastercard published its Global Destination Cities Index which ranked 200 cities around the world with the most international visitors.  Topping the list for the fourth consecutive year was Bangkok, Thailand which boasted of 22-million overnight visitors.  Next on the list with around 19-million international overnight visitors were Paris and London respectively.  With 13.6-million visitors, New York City was the only United States destination to make the top ten, ranking seventh.  Tokyo (12.93-visitors) was ninth on the list.

Many years ago when I was a fledgling airman in the world’s greatest Air Force I had the privilege of serving with grizzled veterans who had been stationed in Southeast Asia during the long and drawn-out Vietnam War.  Almost invariably they spoke about the camaraderie and esprit de corps they shared with their brothers-in-arms.  Though they bemoaned having arrived as boys and forever losing their youth during the ravages of war, they lit up when talking about  Thailand with its exotic aura, welcoming lifestyle and (maybe especially) women they found mesmirizing.  They regaled me with tales of nightlife in Bangkok where they lost themselves momentarily in revelry.

During my Air Force career (especially as a single man) my “dream sheet” (what enlisted personnel call the assignment preference statement) was replete with South Pacific bases in Guam, Thailand, Japan, Okinawa, Korea and more.  In its infinite wisdom, the Air Force matchmakers twice sent me to England, about as directly contrasting to what I requested as possible.  As retirement looms ever nearer, my desire to visit Southeast Asia (particularly Vietnam and Thailand) hasn’t waned.  Perhaps someday I’ll have the opportunity to visit the countries where some of my favorite foods originated.

Some of my hoary brethren who did serve in Thailand warn that Thai food in Thailand isn’t the same as Thai food across the fruited plain.  They use such terms as “inauthentic,” “dumbed down” and “Americanized” to describe Thai food in the United States.  Some of the differences they cite include portion size–Americans like trough-sized portions; massive amounts of meat at American restaurants, far lesser amounts in Thailand’s eateries;  and most prominently, the Thai cuisine at American Thai restaurants (they contend) is bland and boring–lacking piquancy, sour notes, richness and olfactory-arousing herbaceousness.

The arguments of inauthenticity, dumbing down and Americanization have also been used when discussing the cuisines of Italy, China, Mexico and virtually every nation whose foods have been exported to and interpreted at ethnic restaurants under spacious skies.  For those who espouse this view, I offer Clarissa Wei’s op-ed on CNN entitled “American-Chinese food is real Chinese food,” where she lept up in impassioned defense of American-Chinese food:  “There’s nothing inauthentic about American-Chinese dishes.  The bulk of them were created by Chinese people for Chinese people.  These Chinese people just happened to be living outside of the mother country.”  This argument could well be about made about Thai food, Mexican food, Italian food, etal.

So, Thai food in its mother country isn’t the same as Thai food served at the estimated 5,342 Thai restaurants in the United States.  Does that mean we shouldn’t be eating it?  As my Air Force colleague R. C. Hart would say “Phuc” (a Vietnamese word that means “lucky”) no!  Not only should we embrace every opportunity to expand our restaurant rotation lists (and waistlines), we should worry less about such things as authenticity, dumbing down, Americanization and even cultural appropriation.  Our focus should be on the deliciousness of our meals.

Tokyo Bangkok opened its doors during the height of what my friend Howie “the Duke of the Duke City” Kaibel, Community Director for Yelp  aptly calls the “Cabrona Virus.”  It’s located at the former site of such short-lived eateries as Asado Brazilian Grill, Charcoal Mediterranean Grill and most recently Plum Cafe.  Within easy walking distance to the Century Rio multiplex theater, it features an ambitious sushi menu as well as an expansive (make that staggering) Thai menu with portions that are more than generous.

There are about twenty appetizers alone, ranging from egg rolls and dumplings to monkey balls and tuna tataki.  If you’re jonesing for Thai food but would still like a starter, maybe something from the sushi menus (sashimi, nigiri, basic rolls, hand rolls, rolls with tempura, vegetarian rolls, chef’s specials or sushi combos will meet your needs.  You won’t even need the Hogwarts School of Witchraft and Wizardry’s sorting hat to decide between Slytherin or Gryffindor. Just peruse the “Chef’s Special” section of the sushi menu and pick the one that’s right for you.

Our choice came from the “basic rolls” section of the menu where we found the crunchy roll (raw spicy tuna and scallops inside with tempura flakes and eel sauce on top).  At eight to ten pieces per order, it not only hit the spot, it made us regret not having ordered several more rolls.  By the way, you might experience a bit of sticker shock at seeing rolls knocking on the twenty-dollar price point, rather high for Albuquerque.  The crunchy roll is a success both from a textural perspective and from the standpoint of flavor.  Eel sauce is good enough that you won’t need wasabi and soy sauce.

Lunch combos are served from 11AM through 3PM.  With the exception of noodle dishes, all combos are served with steamed rice and include two egg rolls and your choice of a small bowl of miso or egg drop soup. Your entrees are prepared with your choice of beef, pork, chicken, tofu or you can have shrimp or seafood for a bit more. Both the miso soup and the egg drop soup are comforting and warming, the type of elixir you appreciate during winter.  The wispy ribbons of eggs in the turmeric-yellow egg drop soup swim in a pool of chicken broth that just beckons.

Massaman curry (red curry paste with coconut milk, potatoes, onions, carrots, tomatoes and peanuts) may be most complex of all Thai curries to prepare.   That complexity may stem from the fact that the dish didn’t originate in Thailand but is believed to have originated with Muslim spice traders.  When I spooned my first taste of the massaman curry, the  spices and chiles, all kissed by a sweet wave of coconut milk, uplifted my mood and made me very happy–even moreso when I added a few more chiles to counterbalance the sweetness of the dish.  Making diners happy is a quality massaman curry does better than just about any dish.

One of my chief complaints about the ubiquitous Pad Thai is that it can assault you with cloying excess.  More often there’s a significant imbalance of  fish sauce, vinegar, sugar and tamarind paste that renders the dish far too sweet.  Tokyo Bangkok’s rendition is much more balanced, especially if you add just a bit of Sriracha sauce to make things interesting.   The chicken was very tender, while the noodles were a perfect chewy al dente and stir-fried to perfection. When ingredients speak for themselves, chicken Pad Thai can appease even a hard-case like me.

If there’s a dessert which practically screams summer, it’s mangoes with sticky rice, a traditional Thai dessert made with sticky (glutinous) rice, mangoes, coconut milk, salt and sugar.  This is a magnificent melange of ingredients which come together to form one of the most refreshing and delicious of desserts, one which evokes feelings of the tropics, maybe even of paradise.

A visit to Tokyo Bangkok in Albuquerque may not be as rewarding and satisfying as a visit to Thailand, but for satisfying Thai food and sushi, it’s a very good option.