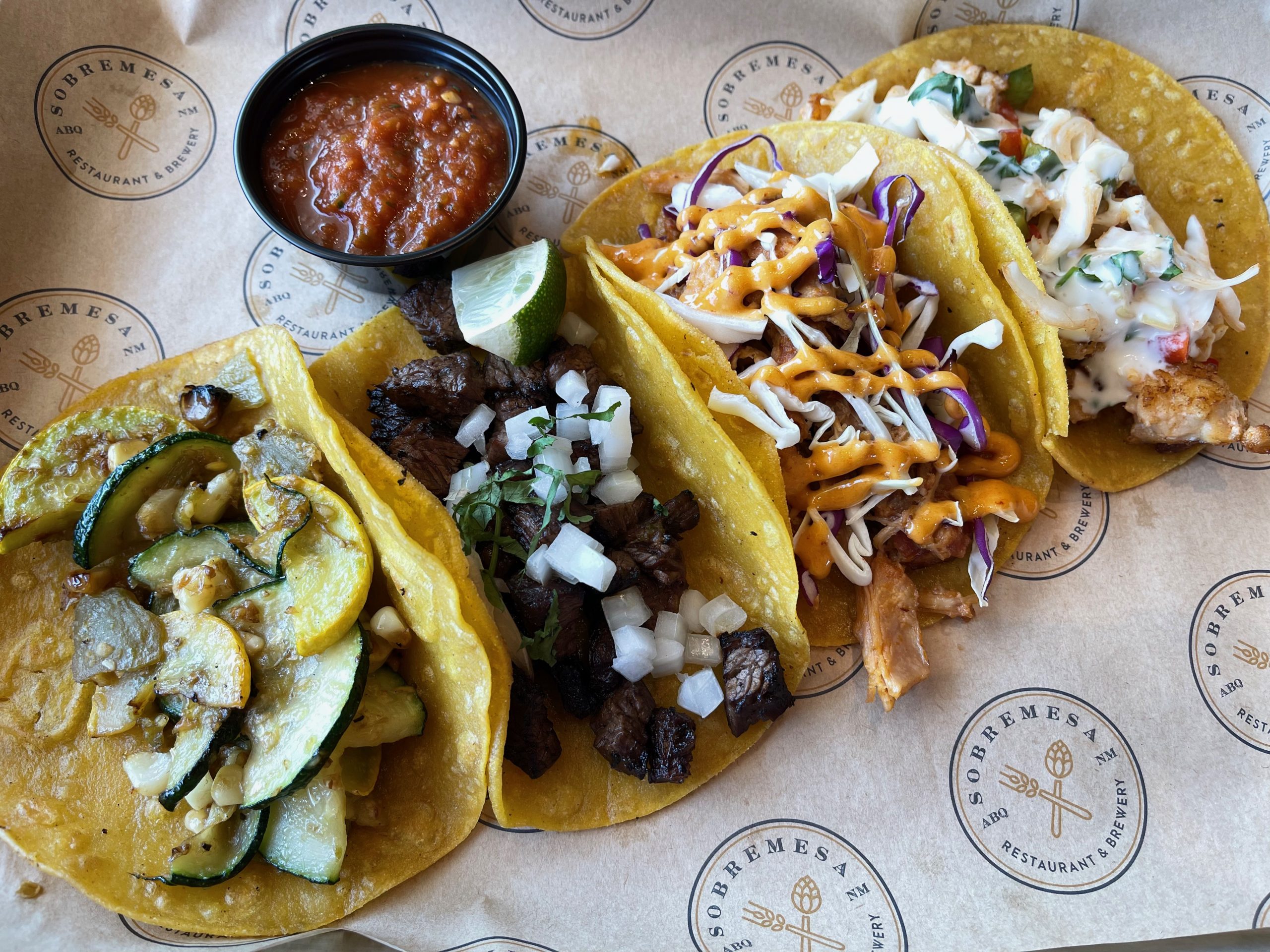 In June, 2021, Eater.com published a list of “the 21 Essential Restaurants in Albuquerque.” Unlike so many “clickbait” articles from national publications purporting to tell New Mexicans which restaurants across the Land of Enchantment serve the “best this” and the “best that,” the Eater feature was penned by Justin De La Rosa who actually knows this state very well.  In fact, in 2015 Justin earned a “Local Hero Award” from Edible New Mexico as “best food writer.”

If you’re wondering what constitutes an “Essential Restaurant,” Eater’s erstwhile national critic Bill Addison defined the term to mean “indispensable to their neighborhoods, and eventually to their towns and whole regions,” to “ultimately become vital to how we understand ourselves, and others, at the table.”   In other words, restaurants accorded the “essential” designation by Eater are more than among the best restaurants in their town.  They are transcendent presences that feed the soul as well as the stomach.

It’s a virtual certainty that Mary & Tito’s would make the list after having been named one of America’s 38 Essential Restaurants in 2018.  It’s also no surprise that restaurants (Campo at Los Poblanos and Frenchish) helmed by multiple-time James Beard Foundation Chef of the Year nominees would also be on the list.  Being Albuquerque, no one will be shocked that the list is a medley of venerable old-school eateries and contemporary restaurants or that New Mexican and Mexican resaurants were prominent.

For me the biggest surprise was that the very first restaurant listed was one of the city’s newest.  As Justin explained “Sobremesa Restaurant & Brewery opened its doors on Albuquerque’s Westside in September, 2020. Despite the timing, the seasoned ownership team of bar and brewery pros made starting a business during a global crisis look easy. Fast-forward to today: Sobremesa has earned a name for itself not only for its top-notch craft beer, but also for a Spanish- and New Mexican-inspired menu of tacos, burgers, and bocadillos. Catch live music Mondays on the wraparound patio, and bring your growler so you can take home some pints of the brewery’s signature Siesta Stout.”

My friend and most trusted source of restaurant information in the metropolitan area  Howie “the Duke of the Duke City” Kaibel wasn’t nearly as enamored of Sobremesa as Justin was.  Howie’s Yelp review recognized Sobremesa’s promise: “I feel like this place is on the cusp of nailing it,” and potential: “Sobremesa should be the neighborhood gem that hits every note and dares us to leave.”  But, he conceded after his second visit: “The food overlooks some obvious improvements, at least what I’ve so far explored.

Howie’s critique expounds on the shortcomings of Sobremesa’s culinary fare: The green chile buffalo wings are curiously candy sweet; the blue cheese so thick it seems straight outta the mayo jar. The massive platter of loaded fries were smothered in nacho cheese, something I’d anticipate from a fast food joint. Our previous meal was flat, to boot. When it comes to a venue like this one, that aspires to elevate local drinking and dining into something that flattens the franchises surrounding them, I have higher standards. I think with time, they’ll get there, but they have a ways to go.”

Step into Sobremesa and it’s easy to see why Howie believes “Sobremesa should be the neighborhood gem that hits every note and dares us to leave.”  It’s a beautiful space–modern, inviting and comforting.  Befitting the translation of its Spanish name, Sobremesa would be a terrific spot in which to indulge in the Spanish tradition of relaxing at the table after a meal.  Whether that table is on the sprawling wrap-around patio or inside the commodious space, you’ll be treated like a welcome guest.  The wait staff (ask for the beautiful Alex) is on-the-spot and knowledgeable.

The menu offers traditional New Mexican, Mexican and Spanish comfort food favorites–not the substantial stuff like enchiladas and burritos, but smaller fare like nachos, salsa and chips, posole, empanadas and tacos a la cart.  A two-item specialties menu lists fish n’ chips and herb-roasted chicken.  Burgers and bocadillos (Spanish for sandwiches) as well as soups, salads, sides and starters round out an ambitious but not overly large menu.  Portions are so generous we couldn’t even think about having dessert.

Most of the starters are fairly de riguer–stuff like salsa and chips, buffalo wings, loaded fries and mac & cheese.   Though they’re not on the starters menu, a la carte empanadas (your choice of carnitas, carne adovada, beef and Cheddar and sweet potato and black bean) are a good choice for those of us who enjoyed both savory and sweet empanadas whiile growing up in New Mexico.  Only the carnitas empanadas are made with cumin.  The deep-fried carne adovada empanada is generously stuffed with tender tendrils of pork slow cooked and marinated in red chile.  They’re quite good though an empanada will never replace tortillas as the perfect canvas for carne adovada.

Salads are available in two sizes with your choice of dressing: ranch, blue cheese, Balsamic vinaigrette and red chile ranch.  The beet salad (spring mix, sliced beets, local goat cheese, red chile candied pumpkin seeds and red onions) is a delightful choice because of its varied flavors and textures.  The rich, earthy (many people swear they taste like dirt) beets and the tart, pungent local goat cheese, in particular, compete for the rapt attention of your taste buds.  And if you really like the sharp flavor or fetid fromage, the blue cheese dressing marries well with the goat cheese.  Salads, particularly the large size, will easily feed two.

Alex, our accommodating server, gave her highest recommendation to the fish n’ chips (two pieces of lager-battered North Atlantic haddock served with fries, housemade spicy coleslaw and house tartar sauce).  More than most fish n’ chips we’ve enjoyed in the land-locked Land of Enchantment, the haddock earns the designation “planks.”  Far-fetched fish stories could be told about the fight these fish put up.  Best of all they were so so much more than breading and air.  Each forkful rewarded us with tender flakes of sweet, mild, delicious haddock which didn’t require our usual malt vinegar drench.  Alex let my Kim substitute the standard sides with green beans and roasted fingerling potatoes, both of which were quite good.

Twenty years ago you might not have found tacos on most brewpub or gastropub menus, but today tacos are almost standard fare–obviously a fine pairing with adult libations.  Sobremesa offers six la carte taco options: pollo asado, carnitas, carne asada, pescado, carne adovada and calabasitas.  These aren’t those miniature tacos requiring only two or three bites each.  These are generously stuffed tacos you can share, especially since you can get four for eleven-dollars.

The pescado (grilled haddock, spicy slaw and a honey-lime cilantro crema) is as good a fish taco as you’ll find in the high mountain desert.  We wished we could have had some of that honey-lime cilantro crema for the fish n’ chips.  If meatless tacos are your preference, the calabacitas (perfectly roasted and seasoned squash, zucchini, corn and green chile) will remind you of a fresh harvest bounty, a cornucopia of deliciousness.  The most traditional Mexican taco on the menu is the asada (thinly sliced sirloin, white onions and cilantro) which might just remind you of the last street food asada taco you enjoyed in the Land of Montezuma.  Our fourth taco, the pollo asadao (chicken, cabbage and chipotle mayo sauce) was our least favorite, but that’s only because the other three were so good.

Sobremesa might not make it onto my essential restaurant list for Albuquerque, but it’s certainly a restaurant we’ll return to.  Like my friend Howie I see a lot of promise and potential in this newcomer.  We look forward to seeing what the future will bring.