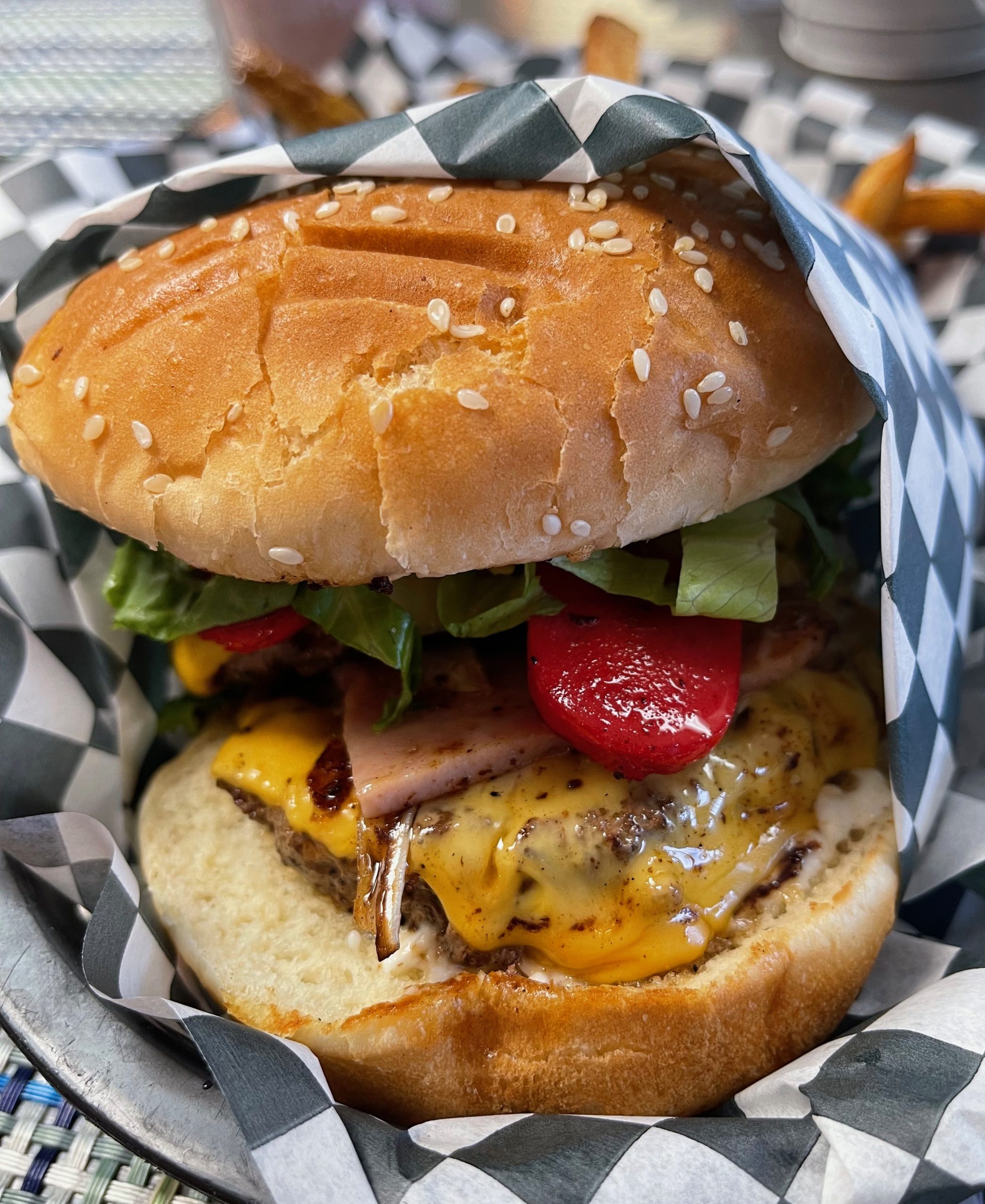 Hypocrisy thy name is Gil. “For someone who whined so much about a one-hour (each way) commute to work, you’re willing to drive a hundred miles for lunch” my Kim lamented.  Our lunch destination wasn’t nearly a hundred miles away, but when you’re hungry it probably seems that way.  It would have seemed even further had we traversed the entirety of the street in which our intended restaurant is located. In fact, from its starting point to its terminus, that drive would truly have seemed interminable through all its winding and congested permutations.

The street of which I speak is Albuquerque’s own Coors Blvd, otherwise known as New Mexico State Road 45.  According to Wikipedia, Coors Blvd is 22,918-miles long…er, make that 22.9-miles long though it does seem painfully longer than that (especially when you’re hungry).  Coors meanders parallel to the Rio Grande from the Southern boundary of Rio Rancho through Albuquerque and onto Isleta Pueblo.  It takes significantly longer to drive this route than it took the Mexican conquistadores to walk the Camino Real.

Thank goodness for I-25 and Rio Bravo Blvd which shortened the length of our drive.  As we wended our way south on Coors, my Kim asked if Coors had been named for the famous Colorado family which has been brewing beer from pure mountain spring water.  Having read Elaine Briseño’s magnificent piece in the Albuquerque Journal, I gave her more information about the street’s name than she wanted, a Cliff Clavin tendency of mine.  It probably made the drive seem even further.  Oh, and the street is not named for the Coors brewing family.

After only about 45-minutes, we arrived at the nondescript shopping center home of Ale’s Cakes.  Two separate signs hang over the restaurant’s frontage.  One reads “Ale’s Cake & Bakery,” the other “Cafe & Restaurant.”   Most online references to the restaurant list it as “Ale’s Cakes.”  By the time we arrived, the only pastries remaining in the display case were a handful of cupcakes though a placard hung on one wall listing pastel tres leches.  Neither Yelp nor any other crowd-sourced review sites seem to indicate cakes (other than cupcakes and pancakes) are available.

Naturally one of the very first questions we asked was about the curious name “Ale’s Cakes.”  Surely, the name has nothing to do with “Ale” as in “a type of beer with a bitter flavor and higher alcoholic content.”  Our server clarified that “Ale” is actually short for Alejandra, the name of one of the owners.  So, adult beverages do not factor into any of the menu items.  Instead, the menu is a pantheon of breakfast, lunch and dinner items; smoothies; milk shakes; coffee; cold coffee and more.  The breakfast menu lists American, Mexican and New Mexican favorites.

Similarly the lunch and dinner menu offers a multicultural melange that includes Mexican-style burgers and sandwiches.  A taco plate (two shrimp tacos, two asada tacos and two pastor tacos) did not inspire comparisons between the diversity of the Latin American people and the uniqueness of breakfast tacos.  It did give us another tempting option to consider ordering.  Though the menu listed Sonoran hot dogs as well as Hawaiian hot dogs, the restaurant had run out of buns.  Few things in life are as enjoyable as a Sonoran hot dog made well so our journey was made just a little less pleasant.

Chips and salsa somewhat made up for that.  The chips aren’t your out-of-a-bag variety.  These are deep-fried, double-thick tortillas and they’re low-in-salt.  Our server proclaimed the salsa “may picante” and in briefly submerging the very tip of one chip into the incendiary green salsa, my Kim agreed.  Only your fire-eating blogger begged to differ, but then I would consider hemlock salsa innocuous.  It has a very tasty flavor and nice consistency, but could use more piquancy.  My Kim tells me my descriptions of salsa should always include a caveat indicating I should never give advice on “mild” salsa because I’m the devil’s spawn when it comes to hot foods.

In recent years it hasn’t been birria or even huitlacoche that has ensnared my affections among the many trendy Mexican foods that have captured the American fancy.  It’s been Mexican style hamburgers.  Ale’s Cakes offers three of them.  Our server raved about the Hamborguesa Estilo Juarez (Juarez-style burger), a Mexican-style burger with ham, weenie, Cheddar cheese, caramelized onion, lettuce, avocado, and tomato with a side of fries.   As with most Mexican burgers, the patty isn’t a fried or grilled pre-formed, previously frozen hockey puck. It’s immediately obvious that this beef patty is hand-formed, probably a combination of ground beef with breadcrumbs and egg.  This keeps the burgers juicy and absolutely delicious.  Not everyone will like weenies and ham on their burgers–until they try them.  Seriously, this burger is worth traversing the entirety of Coors Blvd.  So are the fries, hand-cut beauties just out of the fryer.  They’re golden brown and salted to perfection.

Though none of the Mexican and New Mexican food is prepared with cumin, my Kim opted for a breakfast sandwich (egg sandwich with ham, bacon, cheddar cheese, and Cheddar cheese. Includes yogurt with granola, bowl of fruit or french fries.)  She immediately raved about the buttered bread, basically white bread toasted very well and maybe lightly dipped in an egg batter.  Maybe.  Our server wouldn’t disclose its delicious secrets.  The porcine pairing of bacon and ham, while a bit salty, made for an eye-opening and very tasty breakfast protein pair.  My Kim had both the granola and a bowl of fruit, both of which were fresh and delicious.

Because pastel tres leches was not available, we both had cupcakes–my Kim a red velvet cupcake and me a chocolate cupcake.  Both were obviously homemade and very fresh with a buttercream frosting on top.  A raspberry swirl decorated the plate.  While coffee makes it possible to get out of bed, cupcakes make it worthwhile.  These cupcakes alone made our trip worthwhile.

Ale’s Cakes may be a bit of a misnomer, but if you find yourself on South Coors, there are few options as delicious as this restaurant slash cafe slash pastry shop.  Cupcakes and Mexican-style burgers are reason enough to visit.